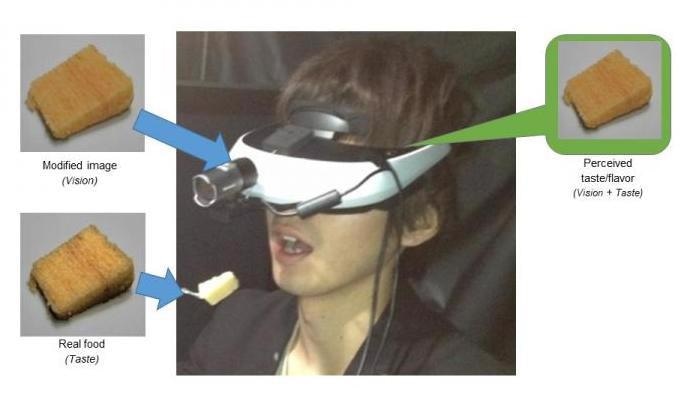 The latest findings demonstrate how human taste is perceived in a multi-sensorial manner—via a combination of smell, visual perception, and even sound—and also show how the new method could be used as a design development tool in the food sector, or in hospital settings to enhance the palatability of food.

The results of the study were published in the Scientific Reports journal on September 30th 2020.

For a long time, taste has been known to be the product of a food’s chemical composition. This chemical composition directly molds people’s experience of consumption of food and drink. Besides this, the visual appearance of taste also contributes to how people perceive its taste.

For instance, studies have demonstrated that human beings have a tendency to relate carbonated beverages and sour-tasting food with sharper shapes, and to relate still drinks and creamy food with shapes that are much rounder. Underlying that form of visual experience is the way that light ricochets off an object, or—to explain this in more scientific terms—the luminance distribution.

Previous studies had demonstrated that the difference in the distribution of this luminance affects how people perceive the freshness of a cabbage when looking at a range of still pictures of this vegetable. However, images are not the same as the dynamic experience of truly consuming a piece of bread, for example.

So we wondered whether manipulating this luminance distribution while someone was eating something would produce a similar effect.

Okajima deals in vision and brain sciences at the university, which is based in Japan.

The AR system designed by researchers enables them to exploit the standard deviation of the distribution of luminance. This is a statistical word that explains the level of distribution of a series of numbers from their average value.

The researchers applied their new AR system to a couple of experiments. In the first experiment, individuals were allowed to wear the AR visor system while consuming slices of Baumkuchen—a kind of German cake that is extensively available in Japan, and in the second experiment, the people were allowed to wear the same AR visor system while consuming a spoonful of ketchup.

The team was, therefore, able to manipulate the appearance during food consumption, going one step beyond the cabbage pictures.

When the researchers interviewed the study participants, they observed that manipulation of the standard deviation of the distribution of luminance, while maintaining the color and the overall luminance constant, not only changed the participants’ anticipation of taste with respect to deliciousness, wateriness and moistness but also changed the true texture and taste properties when they sampled the food itself.

The AR manipulation was extremely effective in terms of wateriness (of the ketchup) and moistness (of the cake), whereas the effect of the AR system on the perception of sweetness was much more modest.

This suggests that the association between visual texture and sweetness is weak.

The team is now looking forward to designing a novel image processing technology that can manipulate the appearance of any food in real time. Eventually, they wish to apply these methods to measure all ways that visual data affects humans’ taste perception, and to explain the accurate mechanisms of such processing inside the brain.

“Smell is a little different from the other senses,” she told me. “Smell bypasses some of the usual routes the other senses take. It’s more primal, more immediate. It connects to our fear/memory center. It’s a much more visceral route to your brain.”

“Smell is a little different from the other senses,” she told me. “Smell bypasses some of the usual routes the other senses take. It’s more primal, more immediate. It connects to our fear/memory center. It’s a much more visceral route to your brain.”