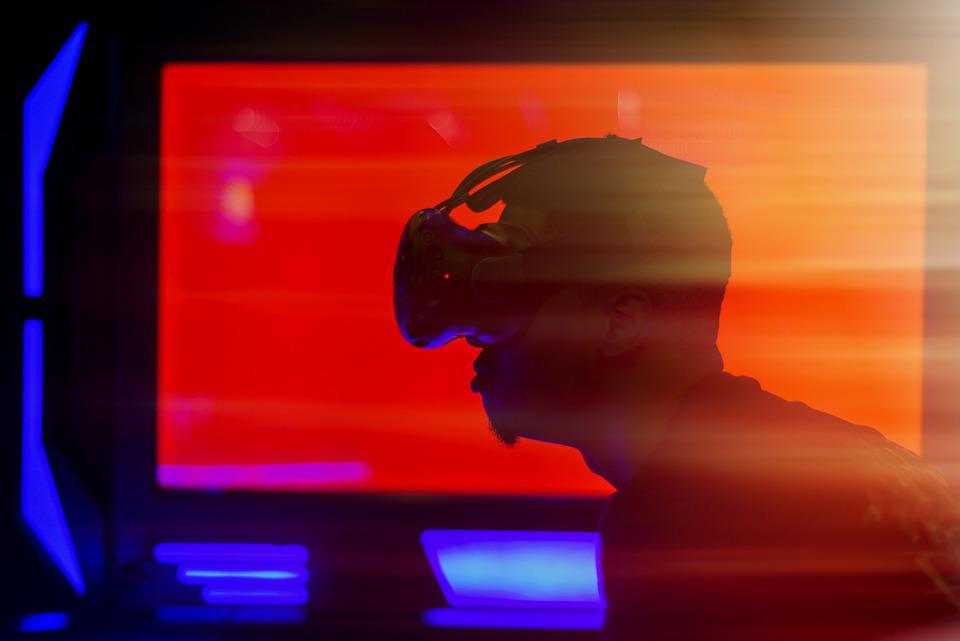 ​Virtual reality, or VR, has been a topic that has fascinated the public for years.

Movies like “Ready Player One” show the varied possibilities of this technology. Now, Arizona State University researcher Robert LiKamWa wants to take users one step closer to the future of VR. 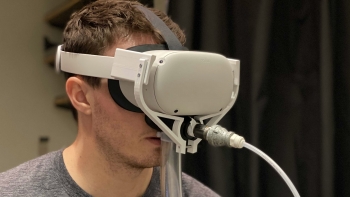 Associate Professor Robert LiKamWa and Assistant Professor Christy Spackman’s research team is working to add realistic smell to virtual reality. They hope to use it for applications such as smelling contaminated water and preparing future space colonists for environments they might encounter. Photo courtesy Alireza BahremandDownload Full Image

He and his team see possibilities for VR to be a valuable tool in a variety of scenarios in which smells represent vital information and are a powerful emotional tool.

While others have developed smell for VR, the ASU team is working on elements to enhance the experience, like incorporating different intensities of smells depending on how close the user is to a scent and combining multiple odors that can be present in the virtual environment.

The project known as the Smell Engine emerged from work that Tanya Harrison, former director of research at the ASU NewSpace initiative, had been leading for the university’s Interplanetary Initiative. Harrison’s original intent was to incorporate smell into virtual reality training for space exploration applications.

“When Tanya first called me and said she wanted to understand how outer space smells, I thought, ‘That’s so weird, I have to say yes to this project,’” says Trustees of ASU Professor Brian Smith, from the School of Life Sciences .

Along with LiKamWa and Smith, Harrison brought together a team that includes Research Associate Professor Richard Gerkin from the School of Life Sciences, Assistant Professor Christy Spackman from ASU’s School of Arts, Media and Engineering and the School for the Future of Innovation in Society, as well as electrical engineering doctoral student Jessica Lai and computer engineering doctoral student Alireza Bahremand.

After Harrison left ASU in 2019 to join NewSpace commercial partner Planet as director of strategic science initiatives, the project kept going and took on a life of its own.

LiKamWa’s augmented and virtual reality research lab where Lai and Bahremand work, the Meteor Studio, took over much of the work overseeing the engineering side of the project. LiKamWa and Spackman collaborated on a grant proposal paper, which won them $850,000 in funding from the National Science Foundation to support the work. The research led to a prototype platform the team developed for testing.

“It’s exciting to collaborate across disciplines for this project, combining the budding software and hardware engineering expertise of our doctoral students with the rich understanding of olfactory systems from Dr. Brian Smith and Dr. Rick Gerkin,” LiKamWa says. “Even more importantly, infusing this partnership with Dr. Spackman’s sociocultural lens on how our sense of smell drives our relationships with food, water, education and training have empowered this collaboration to seek broader applicability of the research.”

Bahremand took the lead writing an academic paper, published by the Institute of Electrical and Electronics Engineers (IEEE) and titled “The Smell Engine: A system for artificial odor synthesis in virtual environments,” about how the Smell Engine works.

“I spent several years attending conferences and reviewing the literature on olfactory displays to understand the software,” Bahremand says. “Through this intensive research period, we found a need to design a hardware-software framework capable of computing and delivering olfactory cues on the fly in virtual environments.”

The technology uses an olfactometry system that delivers smells through an apparatus placed over a user’s nose.

LiKamWa leads the engineering side of the project, overseeing the development of the hardware and software needed to deliver smells to a user, while Spackman takes the lead on developing training materials for the system’s future use in educational applications.

One of the challenges the team faces is how to mix different chemical compounds to recreate smells from the real world. This is where Lai’s role comes into play. Her first test to analyze how well the technology works is to accurately represent the smell of a strawberry in various stages of freshness.

“Olfaction can evoke and enhance a range of emotions, and emotions are the base layer for human thought and action,” Lai says. “Ubiquitous digital smell could benefit people by expanding their digital media tool set to enhance different emotions and their perception of what is real.”

While representing a smell accurately is a major factor, Smith helps keep the project on track with his understanding of smell’s biology. He notes that a real environment has many factors at play that the Smell Engine will need to replicate, including turbulence blowing odors around in an environment and how strong a smell is in different areas of an environment.

Given the Smell Engine’s goal to accurately replicate smells in a chaotic environment, Smith envisions applications that include educating firefighters on dangers for which they need to stay alert and teaching potential space colonists what Mars might smell like.

Ubiquitous digital smell could benefit people by expanding their digital media tool set to enhance different emotions and their perception of what is real.

Spackman sees another potential educational application for the Smell Engine: training people to know what water should smell like. She says some of the primary reasons people opt to drink bottled water instead of tap water is because they don’t trust the safety of municipal water systems and they don’t like the taste.

Spackman hopes that adding smell to VR will help those working in water management to recognize when water is contaminated.

“Teaching folks who are going to be out there on the front lines working with water all the time so they get up to speed more quickly, that could have a big impact,” Spackman says.

Beyond educational applications, the team envisions a world of possibilities to implement smell into VR, such as gaming and VR movie experiences.