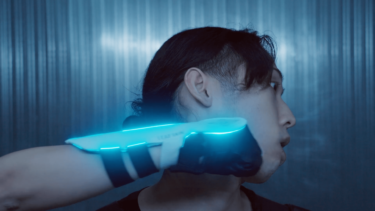 There are quite a few experimental products and research projects for sensory impressions in VR and AR. Some haptic gloves are already advanced enough for use in industry, such as the HaptX Gloves G1 with pneumatic pressure or the Senseglove Nova with artificial tendons used at VW.

The ContactGlove is supposed to make VR controllers superfluous, according to the manufacturers’ promise: A microscopic wire mesh pulls the finger elements together and expands them, creating a feeling of pressure on the fingers.

How the haptic feedback feels at the fingertips and in the palm has not yet been explained in detail. In a first trailer, the fabric simulates the feeling of pressure when exercising with a dumbbell. The glove wearer can also feel the impact of a fist on a virtual face and more, according to the trailer.

The scenario in the video is a celebrity meeting with a Japanese idol, which creates a tingling sensation in the stomach and in the hands. At the “Virtual Handshake Event,” the fan no longer has to wait in a long line. Instead, he simply shakes the hand of his beloved virtually in an Internet call.

Another important function of the glove is the integrated tracking of hand and finger movements. Contractions and expansions of the material create slight, measurable differences in tension.

Based on this, a deep-learning algorithm interprets the movements and predicts the subsequent finger positions. The data obtained is similar to that of a conventional finger flexion sensor. A control panel on the back of the glove allows additional inputs.

It is not yet clear how spatial positioning might work. Other gloves like the ContactGlove, for example, use Vive or Tundra trackers with Valve’s external Lighthouse trackers. 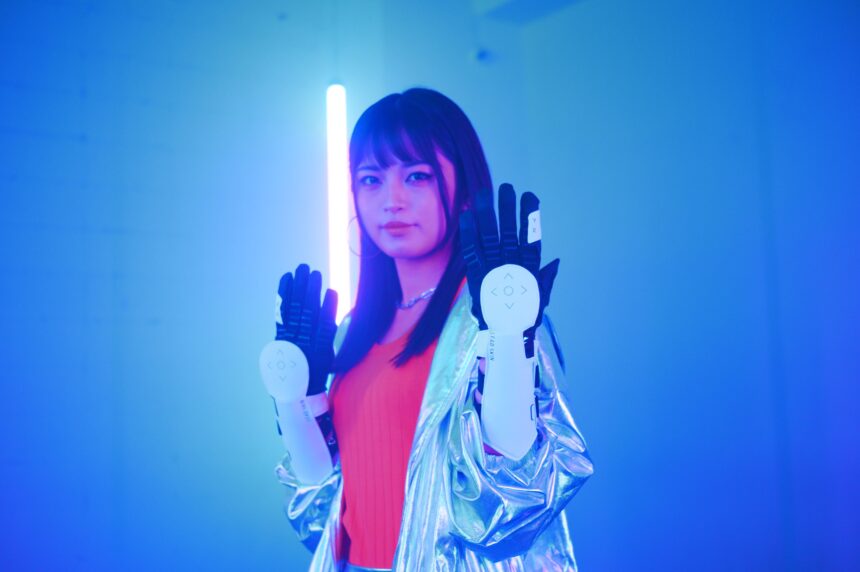 The conductive fibers of the “Haptic metaverse Gloves by Lead Skin” are intended to eliminate the need for mechanical components. | Image: AI Silk Corporation

The fine special fibers of the Haptic metaverse Glove are made of natural silk. After being coated with a special dye, they become conductive. AI Silk has already promoted its eponymous technology as an advanced alternative to conventional electrodes, such as those used in medicine or VR headsets with brain interfaces.

Proprietary development reduces the likelihood of discomfort, inflammation or measurement errors when sweating. The haptic gloves also benefit from a low weight of just 380 grams per hand. Mechanical parts are unnecessary thanks to the special fabric, according to the company.

At CES in Las Vegas from January 5 to 8, 2023, AI Silk Corporation will present its metaverse gloves in more detail. The Miyagi Prefecture-based startup was formed in 2015 with support from Tohoku University. In 2018, athletic footwear manufacturer Asic also announced a stake in AI Silk.