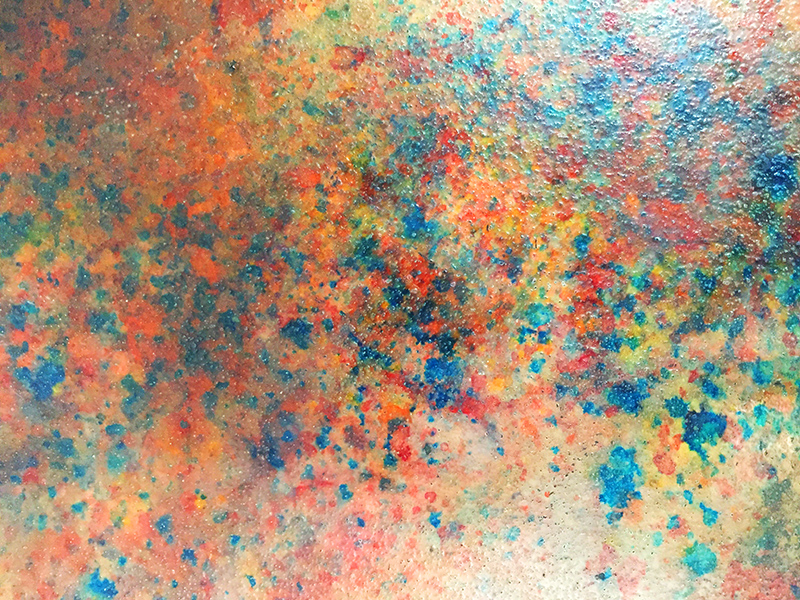 Beauty or art is in the eye of the beholder. The following series of pictures were taken in various food & beverage manufacturing facilities. To employees that walked on these floors everyday, they did not see art. However, I immediately felt the need to capture what I saw, before a new paint job was applied. I did not yet know what each image could reveal, but I knew there was some potential of something interesting.

For visuals 1-16, the layers of colours on the floors were created over the course of three years. Their intensities were proportional to the general exposure to (1) colouring agents, (2) flavours & (3) the wear & tear of floor due to friction of machinery, containers & mixing vessels. The later resulted in exposing the cement floor & making the surrounding paint more vulnerable to change. A closer look at the texture of the floor reveals bubble-like bumps that are essentially sand particles added to the paint for traction. Some of them are broken, resulting in exposing the concrete underneath the paint. Interestingly enough, visuals 17, 19 & 20 represent one of the floors from the first set, but 1 month after being freshly painted with a darker paint mixture.

After each picture was optimized, the layers of colours & textures as well as the glare from industrial lights immediately revealed a specific theme or subject. The only exceptions to this was (14) tornado, which took much longer to figure out. The theme or subject was accentuated with the addition of a single layer. They are sometimes subtle, such as in (4) nebula & (11) one legged man, or very obvious, like in (1) volcano or (6) afro woman. In most cases, the added layer does not take away from the original photography & is solely meant to help visualize what I immediately imagined the first time I focused on them. You can clearly see this by comparing (7) flower patch & its original version located at the top of this project page. The picture without the added layer clearly has a variety of flower-like objects. Optimizing, visualizing & adding a layer to each photo was conducted sporadically during the course of a long weekend. It was so stimulating, that I was disappointed when there were no more raw pictures to work with. As a result of this, a few pictures were looked at from different perspectives, resulting in different visuals… 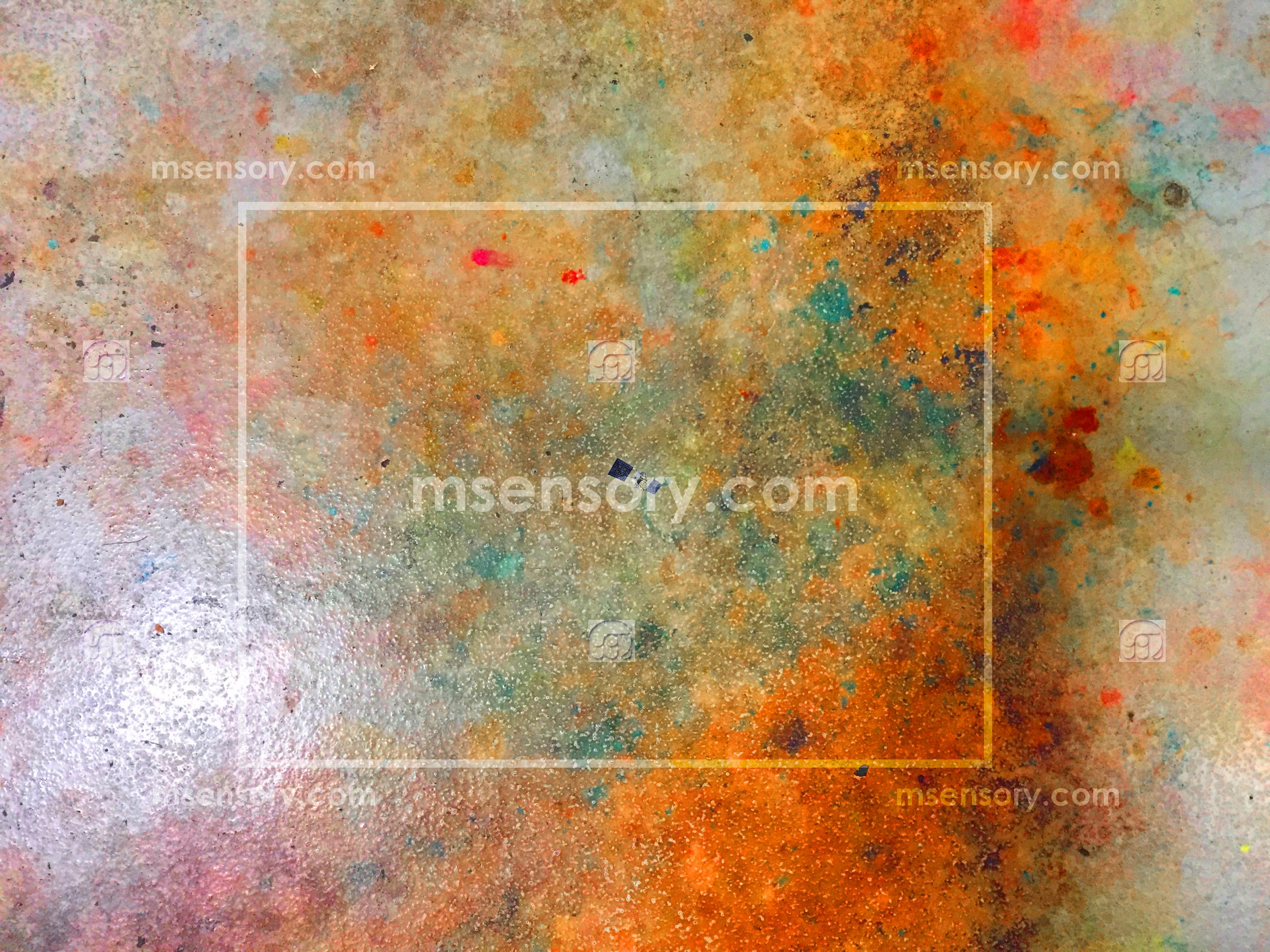 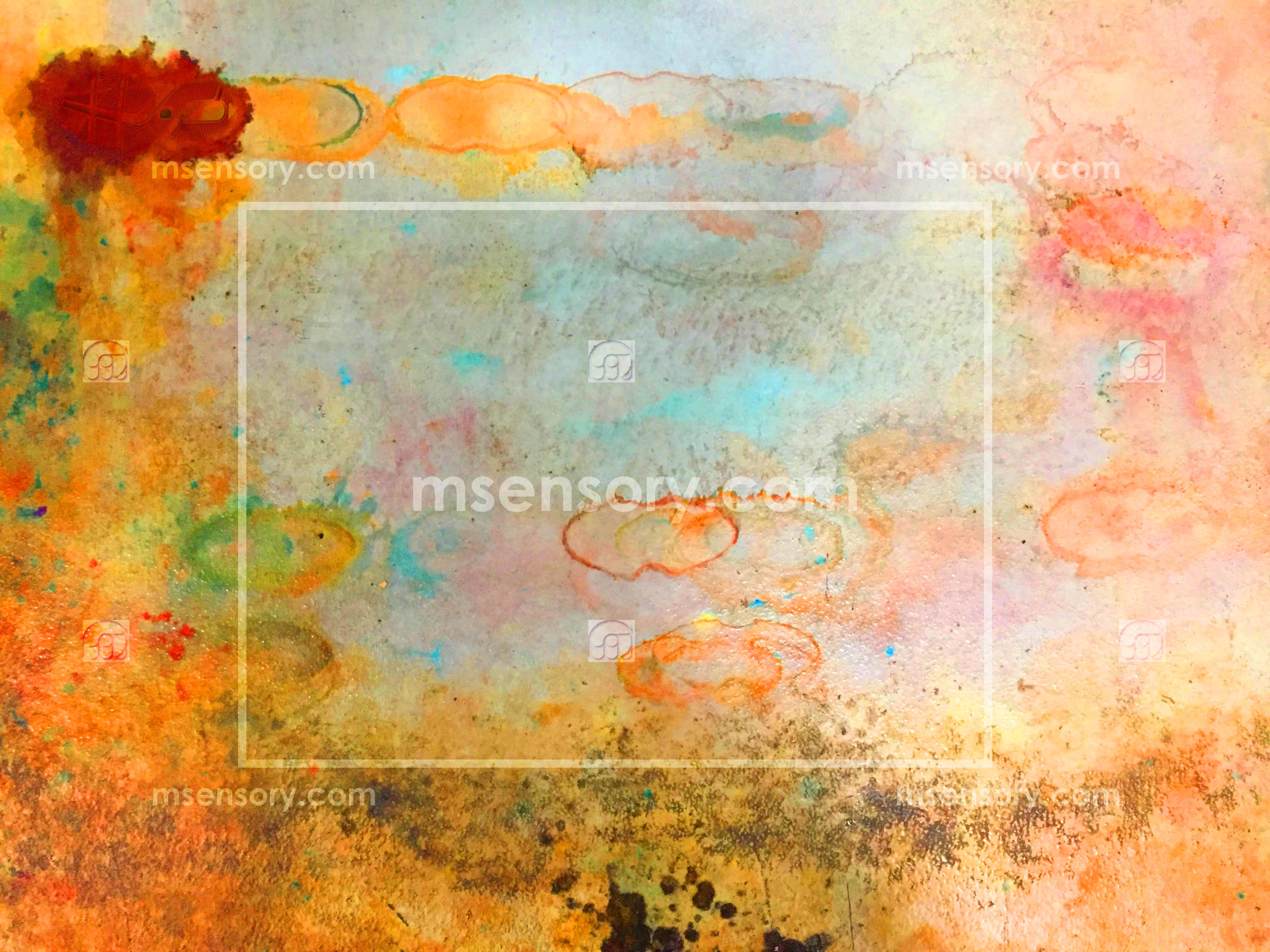 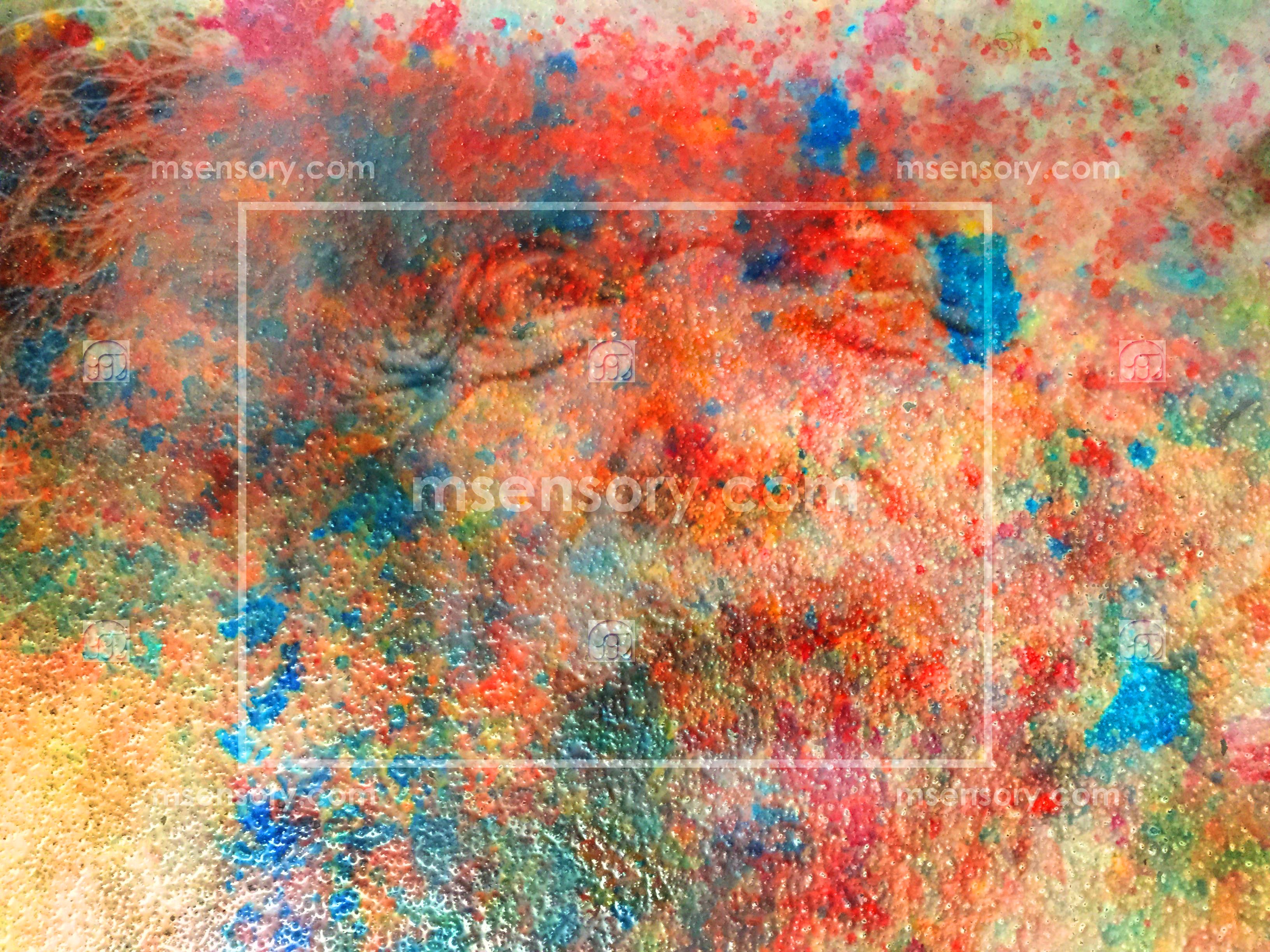 Each picture represents the degradation & tinting of the floors from various food & beverage manufacturing facilities by food grade ingredients. I had access, since theses companies are my clients. Knowing the products they manufacture & the specificity of their ingredients, I feel very comfortable creating customized edible scents based on the visuals. Do you want to be able to taste & smell the art?

Like most of my sound producing, it would be relatively easy to create simple soundscapes & tracks that could be used to enhance the art & bring it to life. When time permits, a few visuals will be worked on.

Production floors of modern food & beverage manufacturing facilities are sometimes painted with heavy duty materials that are resistant to chemical attack. However, prolonged exposure results in some degradation & colour change over time. When the colour of the paint is not too dark, it acts like a canvas that develops over the course of several years. This series of visuals are pictures of various floors that have been exposed to a variety of food-grade ingredients such as natural & artificial colours, flavours, acids, sugar, gums & solvents. Each picture has been enhanced with one added layer that is meant to focus the theme or subject.