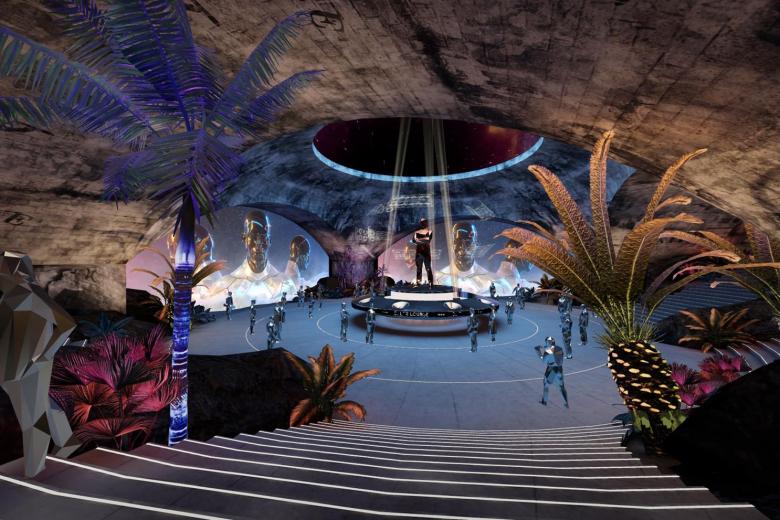 By msensory team11/08/2022No Comments
With the digital world and technology shaping the way customers shop, the same can be said for experiential retail.

Digital fashion label Cult & Rain is moving this concept forward with its version of the metaverse, Cultr World. Launching July 27, the world combines Cult & Rain’s digital and physical garments into one digital environment. The brand’s customers have exclusive access to the world, which includes spaces dedicated to socializing, shopping and exhibitions through avatars. The launch coincides with the brand’s opening of an immersive physical retail experience, which was designed to reflect the feeling of being in the metaverse. Located in London’s Outernet entertainment district, opened last year, the space features entertainment, 4D interactive wall-to-wall screens and various digital world integrations.

Cult & Rain founder George Yang said, “Our Cultr Lounge is going to be projected on the four-story LED screens inside. In real life, there’s going to be a bar, and the entire environment of the Outernet will replicate and match the space of Cultr Lounge. You’ll be able to see virtual avatars dancing while listening to a live DJ streaming from Vegas on the screens.”

U.K. clothing store sales fell by 4.7% in June, according to the Office for National Statistics. While retailers have a tough time bringing people back to stores, experiential retail could be a solution. The Outernet, which is partnering with Cult & Rain on the activation, is the first entertainment district of its kind to host a crossover digital and physical event at this capacity.

The Cultr Lounge shop will be accessible via QR code-tagged displays in the physical space, as well as through a dedicated virtual showroom that customers will be able to access digitally.

“​​We’ve always believed that digital screens are going to play a critical role in the emergence of a physical metaverse,” said Drinkwater. “The idea is that you could begin to create spaces that are so immersive that it feels like you’re part of an experience. Everyone is fairly comfortable with that, in terms of digital art museums, but with the Outernet, people could begin to get a sense of what that could be like for other experiences, including retail.”

Similar immersive live events have already happened in art exhibitions. The Van Gogh and Monet exhibitions, set up by Fever Labs and the Lighthouse Immersive and Impact Museums, respectively, have become some of the most popular live events of any kind, with the Van Gogh alone selling more than 5 million tickets. Snap has also gotten into the space with AR activations at Cannes Lions, as well as a partnership for the Tiffany jewelry exhibit in London. Investors are taking notice, with Goldman Sachs pouring $227 million into the Fever Labs funding round in January this year.

The world of sensory experiences is also extending to those created by DAO communities. The Manor DAO, a decentralized autonomous organization set up by radio station Poolsuite, banded together in May to buy a villa meant to serve as an event space that replicated the aesthetic and sensory environment of hotels like Il Pelicano in Italy and Chateau Marmont in L.A. “It really is about translating all those sensory cues. The project revolved around the idea of opulence and extravagance in the ’80s, and an idea of creating a very sensory and tactile space,” said Lavinia Fasano, foresight analyst at The Future Laboratory agency.