This particular customized multi-sensory composition was inspired by the release of Jacques Parizeau’s never-released acceptance speech for the possible success of the Quebec 1995 referendum.

Listening to it for the first time was both fascinating & a truly emotionally charged moment. I chose to take a slightly satirical view to dull some of the haunting feelings/thoughts that fill me when I think back Fall, 1995.

The music was initially created with a particular emphasis on specific elements of this speech. The world’s best tasting blueberries comes from the Saguenay–Lac-Saint-Jean region of Quebec & Canada is the world’s largest producer and exporter of wild blueberries, with 200 million pounds of the fruit, 80 million of which come from the Saguenay–Lac-Saint-Jean region of Quebec. This fact combined with the fact that Quebecs are often referred to as “les bleuets”.

The artwork is composed of a multi-layer collage that attempts to recreate some of the emotions that were felt during this period of time.

From a personal point-of-view, this project expresses emotion, but it can be considered slightly satirical.

Novotaste’s Natural Blueberry Flavour (Lac St-Jean Type), F11979 was initially created for beverage applications. For this particular CMSC, it can be diffused or sampled in carbonated water while listening to the music & viewing the visual art. 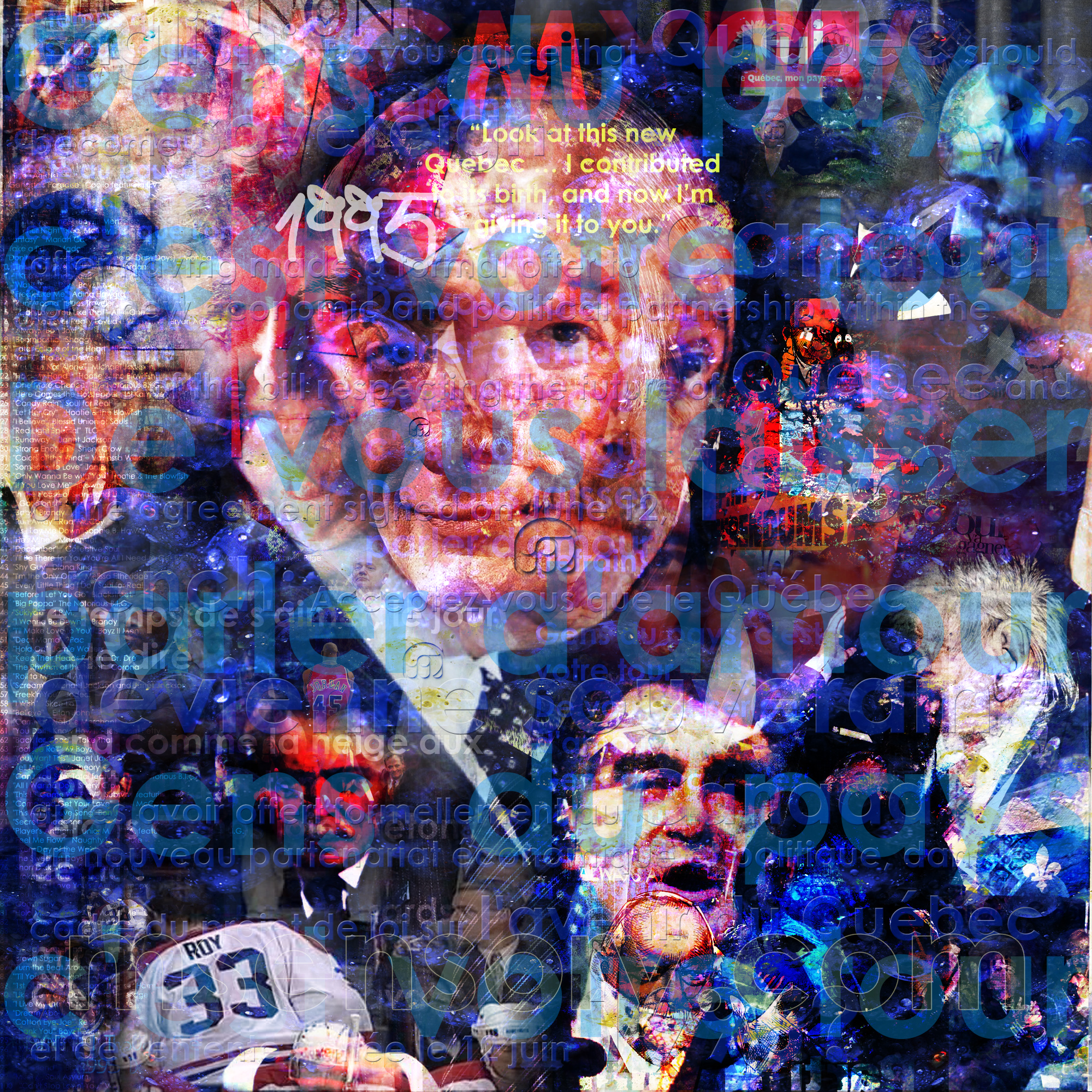 The music was the starting point for this project. The initial set of sounds & sequences were built around some key parts of Jacque Parizeau’s freshly released acceptance speech that was obviously never aired. 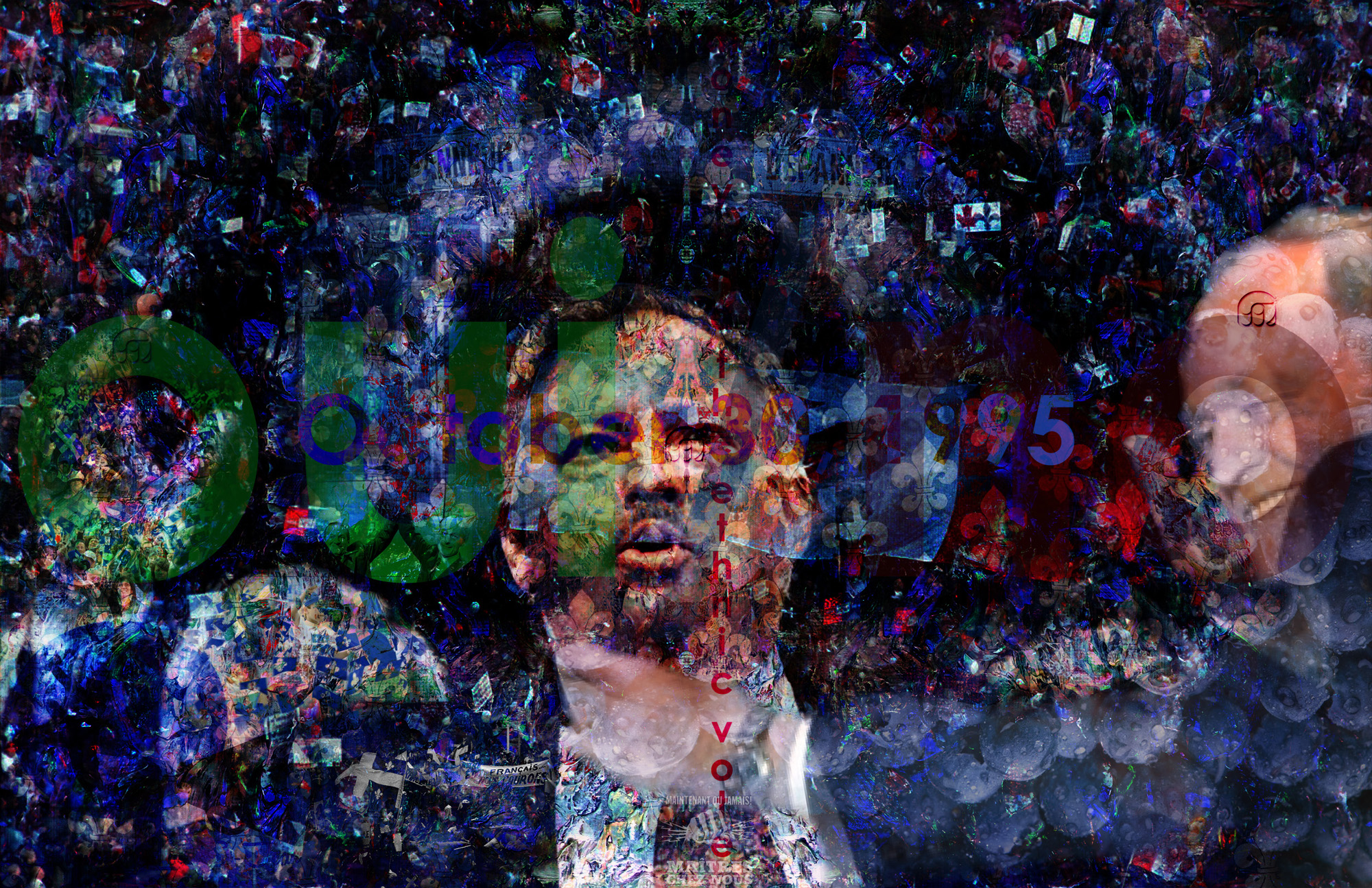