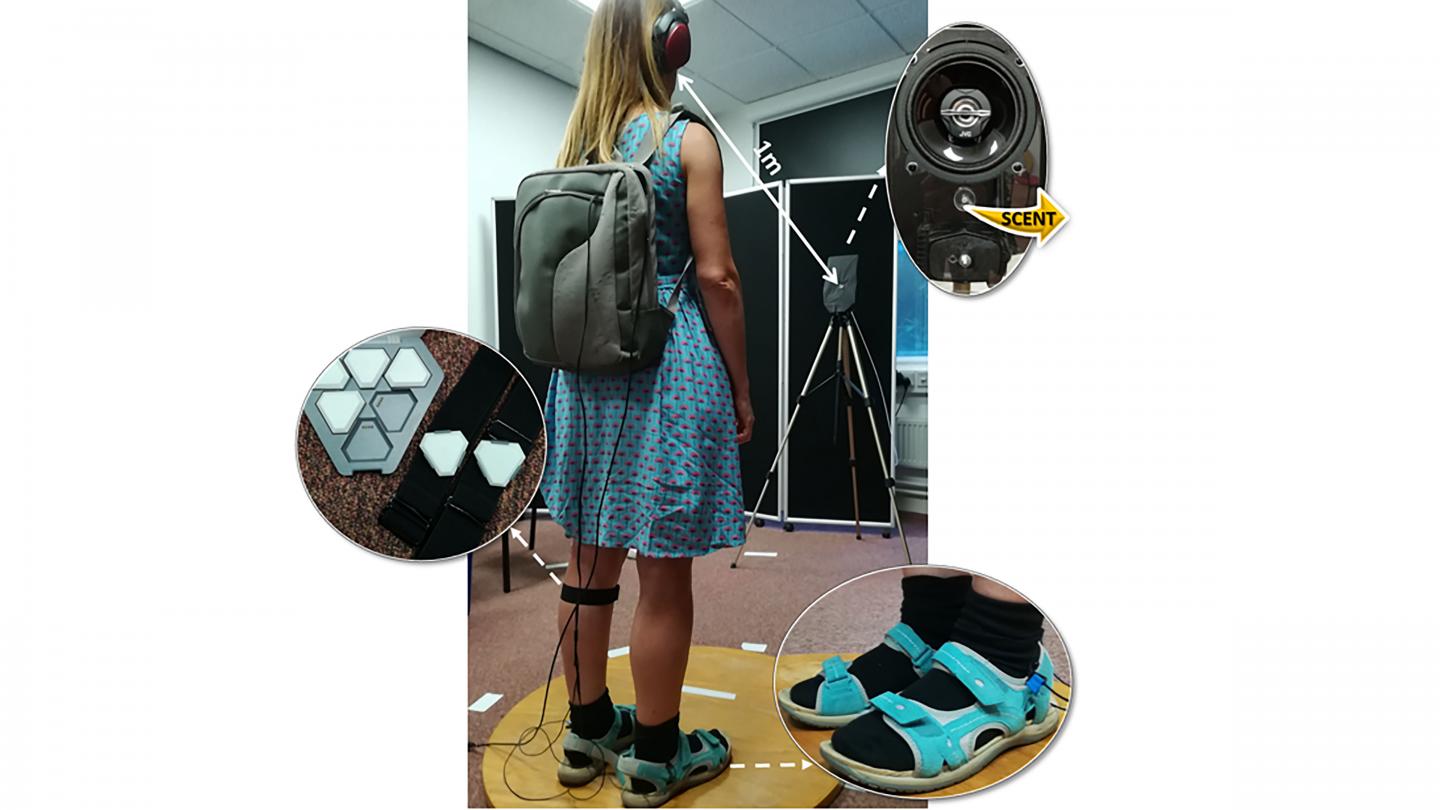 By msensory team17/12/2020No Comments
A lemony scent and light sounds could change the way you feel about yourself. Previously, researchers have shown that visual and tactile stimulation can change a person’s perception of their own body weight. Research being presented by Giada Brianza at the 179th ASA Meeting, has found our hearing and sense of smell can also change how we feel about our self-image, which could help improve healthy behaviors.

A lemony scent and light sounds could change the way you feel about yourself.

Previously, researchers have shown that visual and tactile stimulation can change a person’s perception of their own body weight. Research being presented by Giada Brianza, of the University of Sussex, has found our hearing and sense of smell can also change how we feel about our self-image, which could help improve healthy behaviors.

The presentation, “Understanding the impact of sound and smell on body image perception,” will be a part of the 179th Meeting of the Acoustical Society of America. This session will be presented on Dec. 11 at 12:20 p.m. Eastern U.S. The meeting will be held virtually Dec. 7-10.

To see if sounds could change body image perceptions, the researchers used headphones to alter in real time how patients heard their own footsteps. Heavier bodies produce lower frequency footsteps than lighter bodies, so the researchers thought that changing the sound could alter how a person perceives their own image.

When the researchers played higher-pitch footsteps that sounded like stilettos, the test subjects were walking faster compared with when they heard lower pitch sounds, like the sound boots make.

The researchers also tested how scents could change one’s perceived body image. They found exposure to lemon-scented essential oils in combination with high-pitched sounds during the experiments made participants feel lighter than vanilla scents.

These first results in sound-scent body image association are still being studied, but already the power of audio on body image has promising applications. Since negative body image can lead to increased risks for eating disorders, isolation, and emotional distress, finding ways to manipulate self-image could enhance health through promoting better self-image.

The researchers believe that multisensory stimuli — sound and smell, in particular — should play a greater role in treating body image diseases, like eating disorders.

In the coming weeks, ASA’s Worldwide Press Room will be updated with additional tips on dozens of newsworthy stories and with lay language papers, which are 300-500 word summaries of presentations written by scientists for a general audience and accompanied by photos, audio, and video. You can visit the site during the meeting at http://acoustics.org/world-wide-press-room/.

We will grant free registration to credentialed journalists and professional freelance journalists. If you are a reporter and would like to attend, contact the AIP Media Line at 301-209-3090. For urgent requests, staff at media@aip.org can also help with setting up interviews and obtaining images, sound clips or background information.

Press briefings will be held virtually during the conference. Credentialed media can register in advance by emailing media@aip.org include your full name and affiliation in the message. The official schedule will be announced as soon as it is available and registered attendees will be provided login information via email.

ABOUT THE ACOUSTICAL SOCIETY OF AMERICA

The Acoustical Society of America (ASA) is the premier international scientific society in acoustics devoted to the science and technology of sound. Its 7,000 members worldwide represent a broad spectrum of the study of acoustics. ASA publications include The Journal of the Acoustical Society of America (the world’s leading journal on acoustics), Acoustics Today magazine, books, and standards on acoustics. The society also holds two major scientific meetings each year. For more information about ASA, visit our website at http://www.acousticalsociety.org.