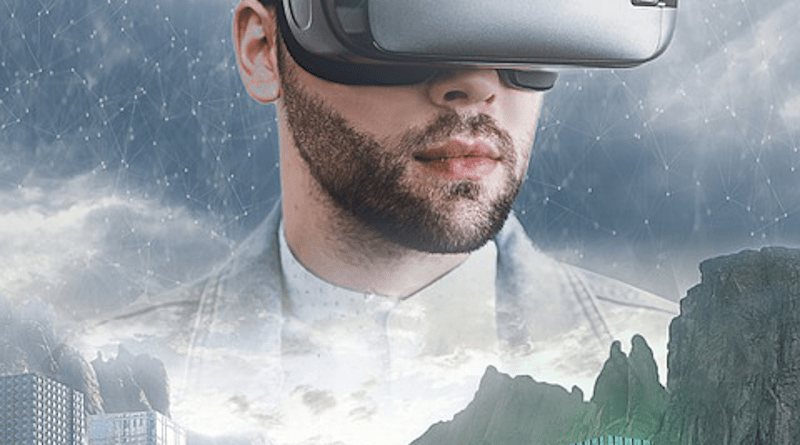 The Metaverse: Will Virtual Live Up To Reality? | Eurasia Review

By msensory team12/09/2022October 11th, 2022No Comments
Following a global energy crisis, people escape reality by donning VR headsets and entering the OASIS, an acronym for Ontologically Anthropocentric Sensory Immersive Simulation, where virtually anything is possible. That was the premise of the science fiction novel-turned-movie Ready Player One, set in 2045, yet it could almost be set today — and instead of OASIS we have Meta, the rebrand of Facebook. Ever since Mark Zuckerberg announced his ambition to move us all into the metaverse, everyone has been talking about what it is and what it means for how we will live, work, learn, interact and play in the future. Will it be the case that, except for eating, sleeping and bathroom breaks, whatever we want to do, we will do it in the metaverse, as Ready Player One asserts?

To fire your imagination, dip into these resources. But to really grasp the metaverse, it’s best to experience it for yourself, as we discovered at IESE (see FROM MY DESK below).

This 2021 intelligence report from the agency Wunderman Thompson covers emerging consumer behaviors and trends, and their implications for brands and business models, as the metaverse takes shape. Based on case studies, original data and interviews with experts. Complemented with a 2022 companion report. Both available for download.

You’re walking home and feel thirsty. You see an interactive billboard on the street displaying products and, using your smartphone, order a drink. By the time you get home, it’s being delivered to your door. This is just one of many examples of how physical and digital realities are merging. Tech innovation expert Oscar Peña has written this book (in Spanish) on the currently available tools and solutions that companies are investing in, to help usher in the next stage of the internet.

Both the original 2011 book by Ernest Cline (whose sequel came out in November 2021) and the 2018 movie adaptation by Steven Spielberg offer a rollicking glimpse of a future where people prefer technicolor fantasy to ugly reality. The inventor of the OASIS virtual reality game offers to hand over ownership of the metaverse to whichever player can find the three keys that unlock the gates to his virtual kingdom. Teenage gamer Wade Watts takes up the challenge, but he’s got competition, including corporate assassins. One critic described it as “sitting uneasily between purehearted and subversive” — much like the metaverse itself.

For a darker glimpse of the future, this award-winning anthology, which was paused during the pandemic, is said to be coming back for a sixth season. Each episode poses what-if scenarios related to technology. The series title refers to the shiny screens that inhabit our daily lives, and the storylines are often unsettling precisely because their vision of the near future is so plausible. A standalone interactive movie, Bandersnatch, lets viewers use their consoles to choose the direction the story takes. Plenty of ethical dilemmas to chew on.

This artistic multisensory experience, inspired by NASA missions, isn’t just VR but XR — Extended Reality — which takes the metaverse to a whole new level. Visitors walk through an installation on a virtual journey into outer space. You’ll go through a wormhole before doing a Spacewalk and boarding the International Space Station. After opening in Montreal in 2021, it is now touring three cities a year until 2026. See if you can catch it in a city near you.

Our report from the metaverse

In June 2022, our Master in Management (MiM) students had an immersive experience in their advanced fintech workshop. What better way to discuss non-fungible tokens (NFTs), cryptocurrencies and the metaverse than in the metaverse itself, where participants appeared and interacted as avatars? For most, it was their first time inside an immersive, virtual world. We were all amazed by the experience of interacting in a 3D universe and exchanging high-fives with classmates whose avatars were self-designed yet still recognizable representations of themselves (two of ours are pictured above).

To do such a thing, you need VR headsets. Ours were Oculus ones by Meta, but PlayStation, Valve and others make them too, and they keep coming down in price. The current 350 euros is a third of what they cost five years ago, on a par with a smartphone. This is a key indicator for more mass market adoption. Then, you need to choose your platform. Again, there are multiple providers out there, offering 3D or 2D experiences, with 3D being more immersive, and some have limits to the number of users who can join at the same time.

At first, this might seem nothing more than entertainment. However, investment is ramping up. And it’s not just social media companies like Meta that have spotted the opportunity; major banks and retailers are placing bets, seeing possibilities for novel customer interfaces and user experiences, like trying on clothes virtually. Inditex uses it to train employees on new store setups and for organizing warehouse processes.

In our classroom experience, VR controllers could be used to write in the air and the words appeared on the virtual blackboard. The metaverse almost had the touch and feel of an in-person meeting. Participants saw the potential for transforming team meetings when people are working remotely. Metaverse sessions could be useful for sharing program information with candidates, for welcoming incoming students, for interactive workshops or for business simulations, reaching people living in remote locations and bringing together those who are far away from each another.

This enlightening experiment helps us see the metaverse’s pros and cons. The next day, some reported headaches after the hour-long experience, especially those wearing corrective lenses or glasses. Another student remarked that no VR can beat the real face-to-face experience of eating lunch together in the garden, networking or going out to a party. Certainly, it’s worth experimenting with VR to understand its power and potential — to know where it adds value and when face-to-face teaching in a real classroom can’t be replaced.

A version of this article is published in IESE Business School Insight 162 (September 2022).

Source: The Metaverse: Will Virtual Live Up To Reality?