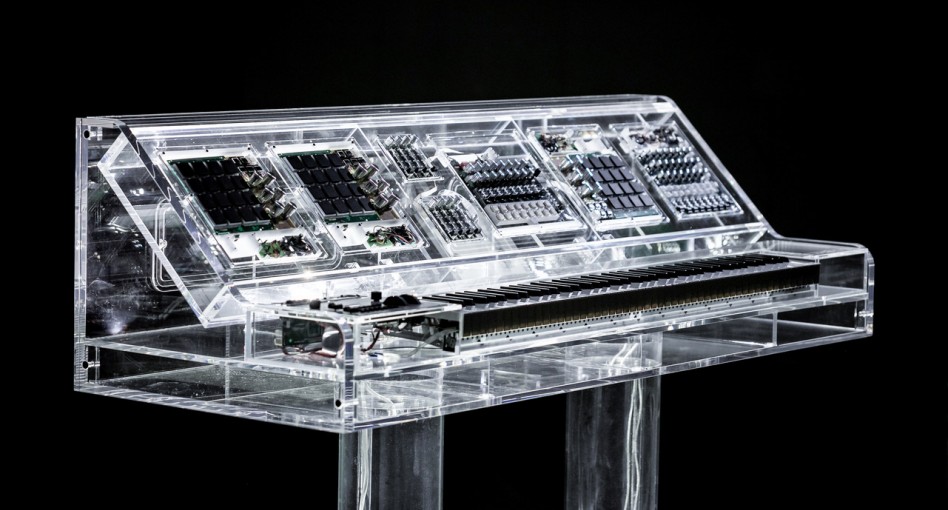 2,000+ interviews have made for some very encouraging findings…

Dimension has revealed details of a new live setup and show, featuring a custom-built controller with 3D printed components, scentology tech that emits certain fragrances at certain times of the show, alongside the usual audio and pyrotechnics, including the largest LED screen ever to be installed at Electric Brixton. At the centre of the new setup is a custom-built transparent plastic controller featuring nine ‘instruments’ for complete control over audio and lights.

Built alongside the company whose clients include George Lucas, HBO and Ridley Scott, the one-off glass unit was constructed using 3D printing technology and designed from the ground up by Dimension and the team at INPLAS. Steven O’Hallrahan from INPLAS said “Dimension came to us with a vision of wanting to create a show-stopping piece that nobody else on this planet has ever owned or has ever seen. We managed to turn Dimension’s vision for a showpiece into an unbelievable reality by designing and producing a totally bespoke performance structure, made entirely from clear acrylic.”

If you’re keen to see the show, you’re out of luck – it sold out a month in advance. We’re sure it won’t be a one-off performance so keep your eyes out for more DImension Live dates. Find out how other artists play live as part of our How I Play Live series.

Music is the number one passion for young people, study finds

Now you can not only see but also hear art, thanks to new Google tool | The Print

Wake up and smell the axe: check out this guitar made from coffee beans | Happy Mag

Music can heal the wounds which medicine cannot touch.

Music can heal the wounds which medicine cannot touch.