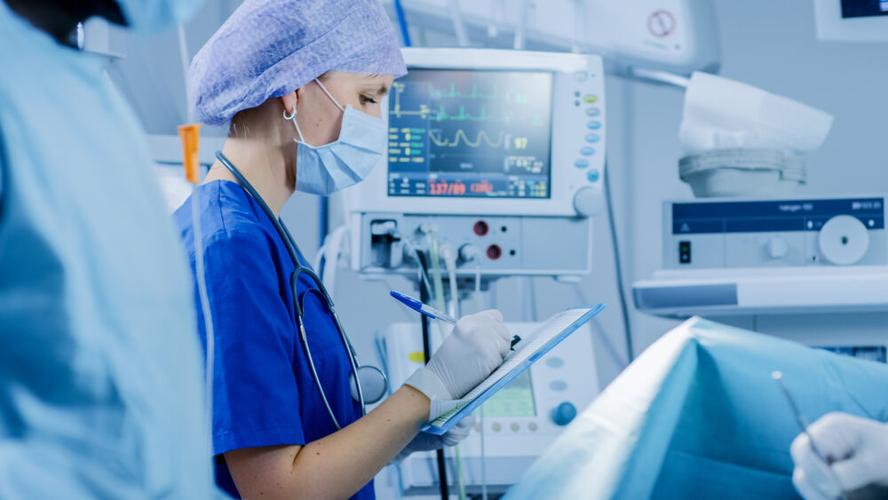 Alarm fatigue is sensory overload nurses experience when exposed to the nonstop beeping of monitors, pumps and other machines in hospital rooms. The result is not only a desensitization to alarms, but also missed alerts.

Why are alarms missed? Because 72-99% of them are false, leading to delayed reactions or ignoring them completely.

During the past decade, research found:

• The Food and Drug Administration reported more than 560 alarm-related deaths in the United States between 2005 and 2008.

• One study showed more than 85% of all alarms in a particular unit were false.

• One hospital reported about 1 million alarms going off in just one week.

• A hospital reported at least 350 alarms per patient per day in the intensive care unit.

Why were the numbers so large? According to the Joint Commission’s 2013 research, factors that contributed to alarm fatigue in the hospital included:

• Alarm settings not adjusted to each patient’s needs

In its 2019 National Patient Safety Goals, the Joint Commission recommended standardization, but with the ability to customize approaches for individual patients, groups or units.

The Association for the Advancement of Medical Instrumentation’s recommendations, Nurse.org reported, included:

• Have an alarm-management process in place

• Determine where and when alarms might not be needed

• Make sure all equipment is maintained properly

Hospitals nationwide have been implementing changes to reduce the number of false alarms at their facilities. Boston Medical Center, for example, adjusted the default heart rate settings to align with each patient’s condition, reducing the number of alarms by 60%.

Cincinnati Children’s Hospital Medical Center’s changes reduced daily per patient alarms from 180 to 40, with false alarms falling from 95% to 50%.

Source: Why alarm fatigue is dangerous for nurses and patients | Feeling Fit | yoursun.com