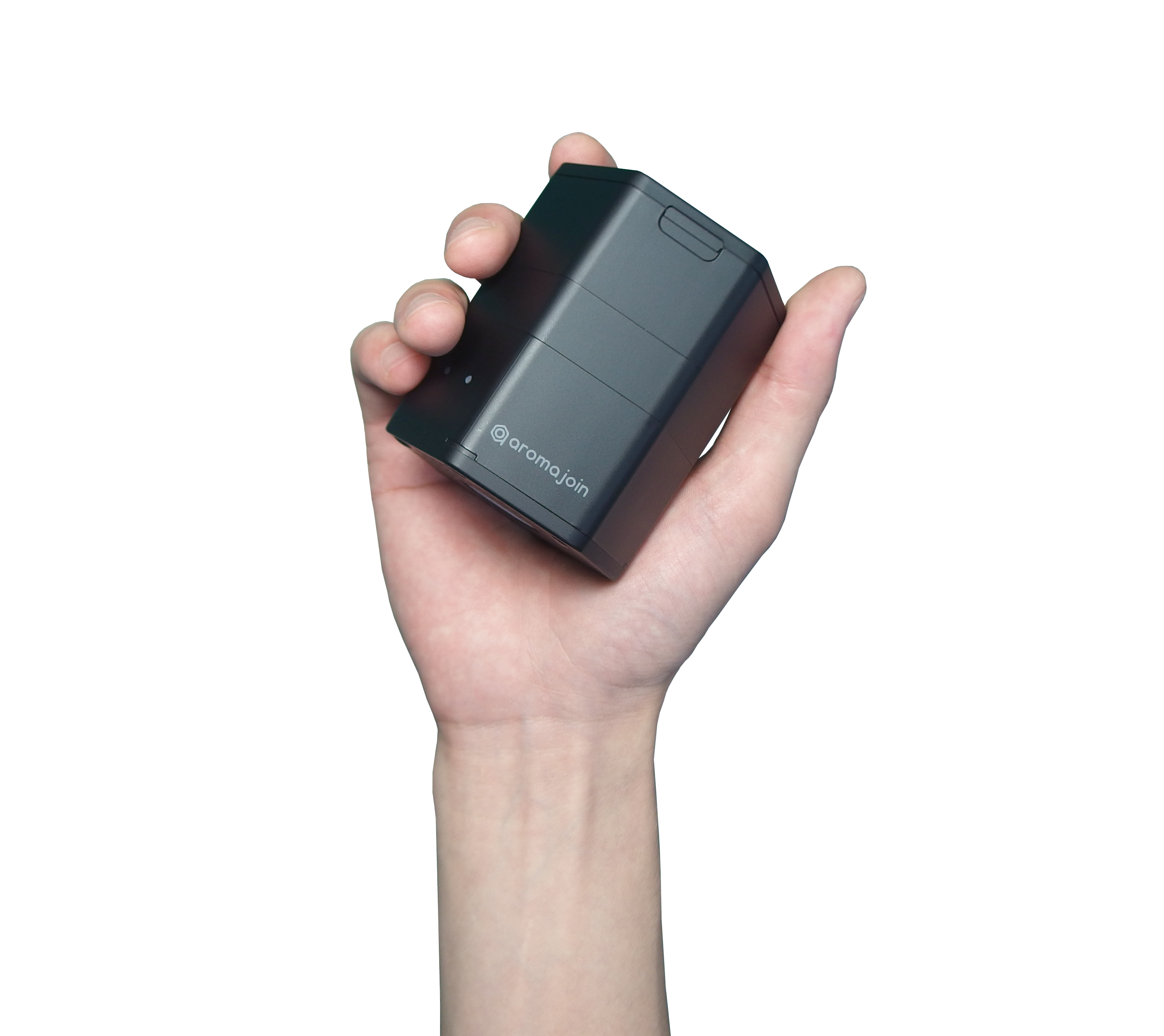 Powered by Aromajoin’s proprietary Aroma Shooter technology, the device can instantly switch between various scents without any delay – and without any residual effect. AromaPlayer is a web application accessible via Google Chrome.

Kyoto, Japan-based Aromajoin said its AromaPlayer lets people enjoy a more immersive video experience by getting their noses involved. The AromaShooter is also designed to send aromas without any scents’ leakage into the environment.

To use the AromaPlayer, you start with a YouTube video link. Then you can start to create by simply
adding a scent like peppermint on the timeline to set up the perfect smell, timing, and duration.

Previously, the AromaPlayer was only an offline standalone application developed since 2012, and
it was mainly used in digital signage. But with the new AromaPlayer Online, any creators are free to create their own scented content and share them with friends.

AS3 and ASW will be available to both VR/XR developers and consumers. There are currently few
hundred different kinds of scents available, ranging from coffee to orange to shampoo. Aromajoin is
working to expand the scent collection to further enhance virtual and immersive experiences.

The Aroma Shooter device has a holder for individual scent cartridges. It works similarly to the way
printers handle ink. To emit a scent, the device first suctions ambient air, which then passes through
the scent particles released from a cartridge to create the scent. It then sends the scented air directly
toward the user’s nose through its uniquely designed orifices.

Aromajoin was started by CEO Dong Wook Kim, who did research on sscents at the National Institute of Information and Communications Technology in Japan.

Source: Aromajoin brings scents to match the mood of videos with AromaPlayer