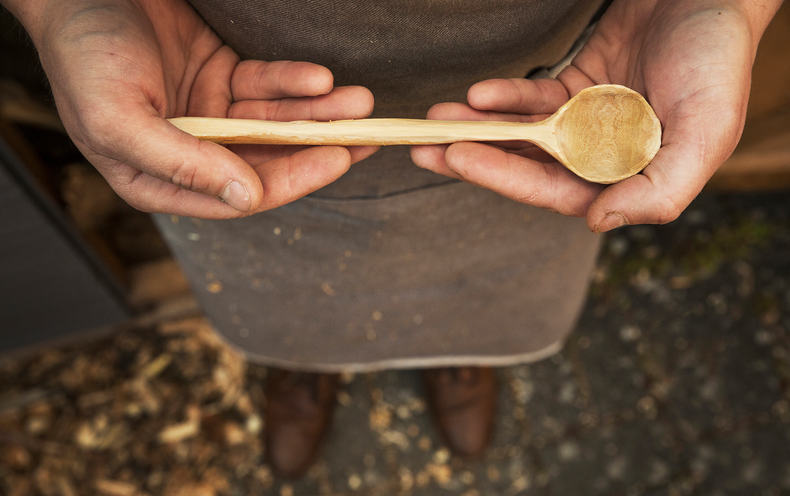 A Touch to Remember | Scientific American

Touch is perhaps the most intimate of the senses. When you grasp or brush against an object—anything from an outstretched hand to a leather-bound book—you are physically as close to it as you can possibly be. At that moment, specialized skin cells convey a wealth of information, such as shape, texture, size, and weight. Yet when you stop touching that object, much of that information appears to fade away rather quickly. After a few days, you may only be able to bring a vague impression to mind. It would seem then that the sense of touch is largely useful in the moment, and not much after that.

Over the decades, there has been surprisingly little research to test that assumption. Yet a common perspective is that the sense of touch is, by far, of limited use over the long term, and especially when compared to the visual system. However, a new study by Fabian Hutmacher and Christof Kuhbandner, researchers at the University of Regensburg, provides the strongest challenge yet to that perspective. Their finding: the sense of touch generates memories that are far more complex and long-lasting than previously thought.

In the study’s first experiment, blindfolded participants “haptically explored” over 150 household objects for one hour. This involved them picking up and touching a series of kitchen utensils, stationery goods, and other items. They studied each object with their hands for 10 seconds each. Next, while remaining blindfolded, each participant completed a memory test. On this test, two nearly identical versions of each object were successively held (for instance, two dinner spoons). Only one of each had been presented before, and participants had to determine which.

When the memory test occurred just after the study period, participants chose the correct object correctly 94 percent of the time. Just briefly touching an object enabled them to distinguish it with almost perfect accuracy. Given the challenge of memorizing the many details that may differentiate an object from another (such as the curve of a spoon handle or its overall length), and the fact that hundreds of items were touched in a short period of time, that outcome is no small feat. Yet human beings can accomplish this with relative ease.

Just as impressively, when the memory test occurred a week later, very little had been forgotten. The average accuracy rate was 85 percent. Thus, not only does touch generate memories that are highly detailed and precise, but those memories can endure over the long term.

A second experiment was even more startling. This time, a new group of blindfolded participants explored the same objects by touch. Rather than carefully study, they simply rated how pleasant each object felt. There was no intentional effort to memorize. A surprise memory test, occurring one week later, was designed to be more difficult: participants were no longer blindfolded and had to visually identify which of two nearly identical objects they had touched before—and without having previously seen either or having another opportunity to touch. Yet the accuracy rate remained high (averaging 73 percent). Even when participants felt unsure and had to guess, they still identified the correct object more often than not.

It would appear then that the cognitive capacities of touch, which was among the first of the sensory systems to evolve, have long been underestimated. Contrary to the view that it is only useful in real time, touch leaves a memory trace that persists long after the physical sensation is gone. Moreover, information appears to be stored without much conscious awareness. As a result, those memories can manifest in interesting ways. For instance, you may not be able to verbalize how something felt, but you will be able to recognize it by grasping it or looking at it.

The finding that touch generates memories of how an unseen object should look—an almost magical ability—remains to be fully explained. However, neuroimaging studies have found that touch not only activates the somatosensory cortex (the brain region which processes the sense of touch), but can also activate regions that are involved in processing visualsignals. Thus, it could be that when you touch an unseen object, your brain forms a mental image of its probable appearance. This may be especially likely when that object resembles a familiar item that you have come into contact with before. When you do see that object for the first time, you can recognize it.

Typically, the sense of touch is so omnipresent, and its effects so seemingly ephemeral, that it is often taken for granted or overlooked. We now know that its effects linger in the brain long after the sensory experience ends, and often without our being directly aware of it. Surprisingly large amounts of information are preserved as well. As such, a single touch has a far greater impact on the mind than one might have ever imagined—which makes the act of doing so all the more powerful.

Source: A Touch to Remember

How do fingerprints enhance our sense of touch? | News-medical.net

How some animals sense the gritty texture of their food | ScienceDaily

Shower according to your mood with 7 different scenarios including a symphony of water, sound, light, moving image and fragrance | BW Hotelier

Protein, which activates our sense of touch, also tells us that… | AlKhaleejtoday

Beyond Human Senses: The ‘Next Senses’ to Augment Your Sensory Experiences | EE Times India