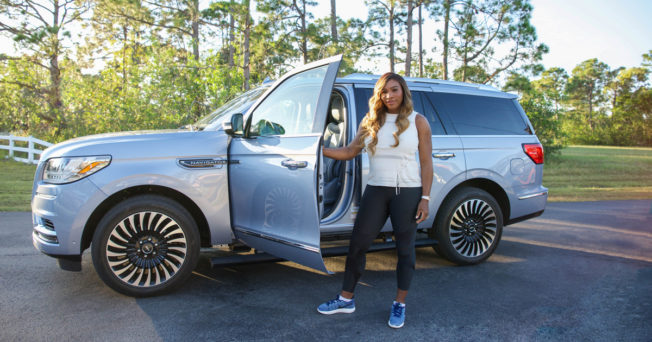 Serena Williams is a longtime habitué of Art Basel in Miami, so it’s no surprise the paparazzi found her there last week. It’s also no surprise that Williams was in town to introduce a new signature fragrance—Coastal Morning, it’s called—because, well, celebrities launch fragrances all the time. And since Williams has been a brand ambassador for Lincoln since 2018, it was also only logical that she popped up alongside Lincoln’s Star Concept vehicle.

But one thing was a surprise. Williams’ new fragrance isn’t meant for the pulse points of women driving a Lincoln—it’s meant for the Lincoln.

When Lincoln took the wraps off its Star Concept in Los Angeles back in April, it announced Rejuvenation Moods, a feature it hopes to install in the Navigator in the years ahead. The technology will allow drivers to create multisensory interior atmospheres that combine varicolored lighting, audio effects and fragrances.

Not until last week, however, did Lincoln reveal that at one of those fragrances had been curated by Serena Williams.

Williams’ Coastal Morning (a sea-mist fragrance meant to be paired with ocean sounds and sunrise colors) is one of three “moods” envisioned for future Lincolns. There’s also Mindful Vitality (soft lighting combined with floral scents) and Evening Chill, which blends a “night soundtrack” with the scent of evergreen trees.

So while it’s usually centered on exhibiting paintings and sculpture, this time Art Basel offered a peek at some futuristic automotive marketing, too.

As any gearhead knows, most of the bells and whistles that appear on concept cars rarely make it into production models. (In 2021, for example, Mercedes’ Vision AVTR concept car did away with that pesky steering wheel—perhaps not such a great idea in the world of daily driving) But Lincoln, a nameplate that’s been a division of Ford for a century now, seems pretty serious about in-cabin atmospherics being a differentiator for the nameplate.

Fragrance branding “is more than just kicking the can around,” Lincoln’s marketing communications manager Eric Peterson told Adweek. “We think there’s something here.”

Source: Why Lincoln, Serena Williams Are Launching a Scent for Cars