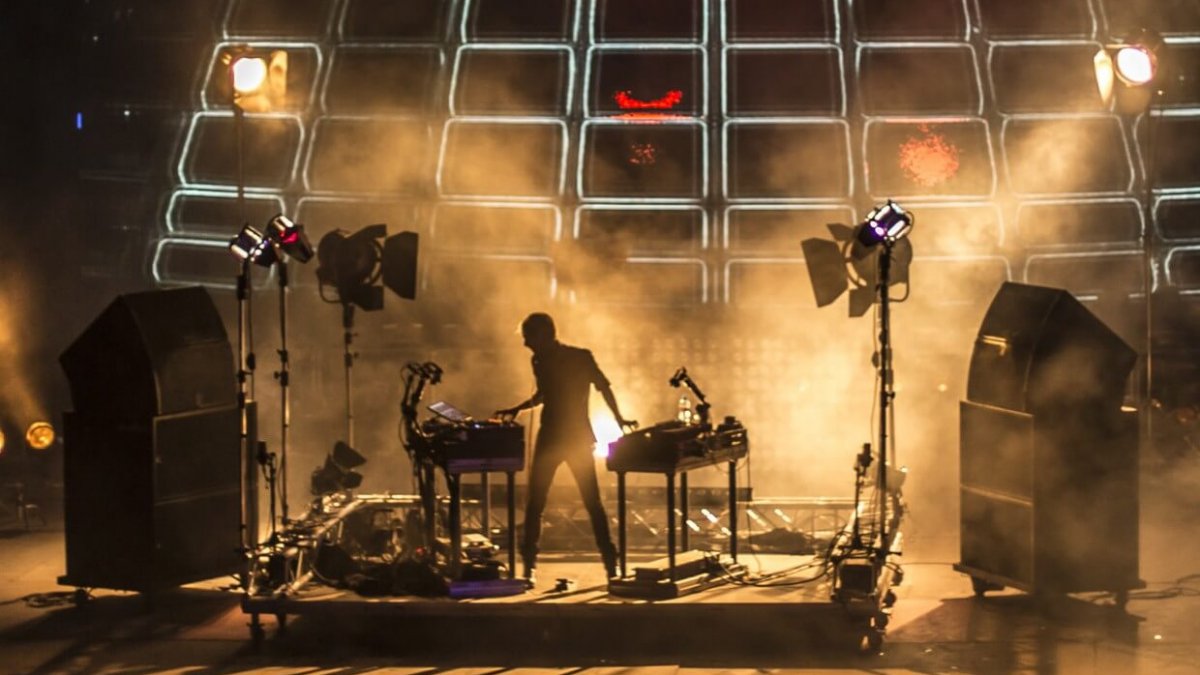 Go under the hood with Richie Hawtin and learn what makes his CLOSE performances click.

You may remember when techno heavyweight Richie Hawtin stole the show at Coachella with the debut of his audio-visual hybrid DJ set, CLOSE. The rig utilizes modular synthesis, digital Djing, live performance and Hawtin’s self-designed Model 1 mixer to powerful effect, creating infectious grooves much greater than the sum of their parts.

Thanks to a rig of cameras capturing the whole performance and mangling Hawtin’s movements into dense, psychedelic webs of color, CLOSE isn’t just easy on the ears, it’s an immersive, multi-sensory spectacle.

Hawtin is taking  CLOSE on the road for a string of dates starting in mid-July and running until October. In the lead up to these shows, he’s created a fascinating video detailing exactly what goes on under the hood when he performs. Running through the various instruments and complex interactions between each element, his analysis  will give you new-found appreciation for the details that go into a Hawtin show.

Check the video in full above, then scroll down for EB.tv’s interview with Hawtin and the upcoming dates of his CLOSE tour.

Wake up and smell the axe: check out this guitar made from coffee beans | Happy Mag

Shower according to your mood with 7 different scenarios including a symphony of water, sound, light, moving image and fragrance | BW Hotelier

Why do masks make it so hard to understand each other? | University of Nevada, Reno

“Chromesthesia,” or the rare ability to hear sounds and music through colors with pandora | Forbes

In Finland in the winter, when the sky is totally choked with clouds, the country becomes one big sensory deprivation tank.

In Finland in the winter, when the sky is totally choked with clouds, the country becomes one big sensory deprivation tank.