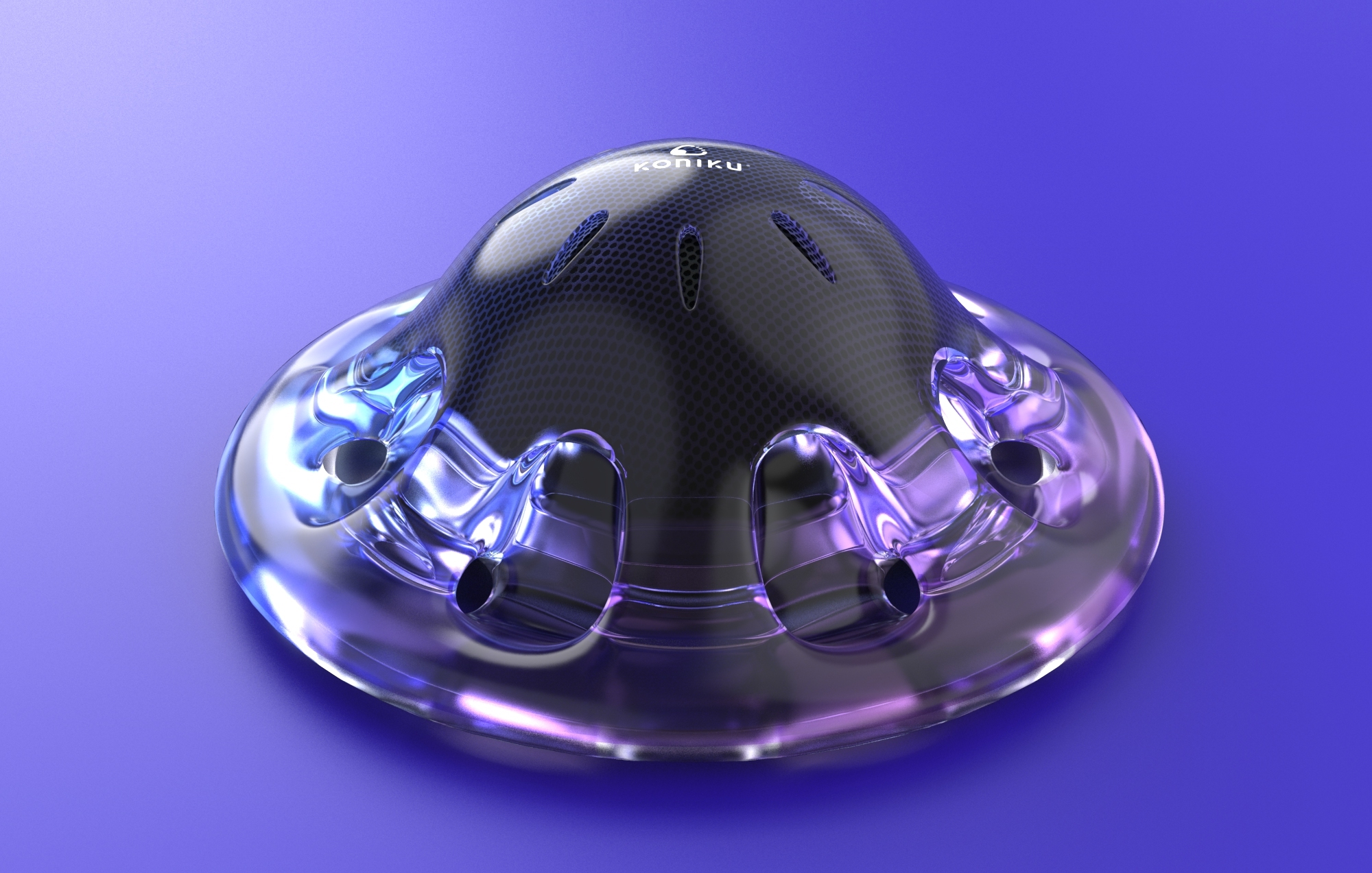 The main point Oshiorenoya Agabi, founder and CEO of Koniku, wanted to drive home during my interview with him this week was that his company was not building a digital nose.

Koniku makes Konikore, a piece of hardware roughly the size of a cell phone that can detect and identify different odors. Agabi’s vision is to have these devices everywhere to do all manner of tasks, from identifying specific components of flavors to determining when crops are ready to be picked, to even sniffing out COVID-19.

But I repeat, Konikore is not a digital nose.

“A lot of the technologies out there are based on traditional spectroscopy method,” Agabi said. “You have a compound and you measure ionization. Or you may have a polymer-based substrate to measure. Companies claim this is digital olfaction.”

Instead, Koniku is using actual protein molecules to detect different compounds that objects (such as ripening strawberries) emit. “The cells [in the Konikore] are genetically modified to create sensors that would exist in your nose,” Agabi said. “We are not mimicking olfaction, we are using the same olfaction that exists in the nose of a dog.”

Well, the nose of a dog or a human or even a Kimodo dragon, which, Agabi told me, is very acute at sniffing out the molecular compounds given off by rotting meat.

Koniku currently has a library of more than 4,000 compounds that it can identify, which the company will ratchet up to hundreds of thousands “soon” according to Agabi. With it, Konikore can authenticate the origin of specific foods like vanilla, or break down components of certain foods so they can be re-created, or detect when food is past its prime.

Like its olfaction rival, Aryballe, which also makes sensors to detect smells, Koniku’s goal is to have its technology built into and power other devices. For instance, an agtech company would create a harvesting machine that would use Konikore to identify ripe fruits to be picked.

Koniku charges and upfront fee for the hardware along with a subscription for the software. Agabi wouldn’t disclose pricing and said it varies by project.

Advances in computer processing and IoT are bringing precision analysis to more aspects of our everyday lives. So while Koniku may not be making a digital nose per se, it certainly smells an opportunity in the olfaction identification space.

Magnum ice cream and Nails.INC teamed up to launch ‘chocolate-scented’ nail polish — and the colors are also really pretty | Yahoo

A whiff, sound and taste of Christchurch: New exhibition uses senses to reimagine the city | Stuff.co.nz

The Smelly Truth about Malodors: A Deep Dive | Aryballe

The Benefits of Wine Include Activating Multiple Brain Regions | Now

The Case for Smelling Like a Sexy Vegetable |  | High Snobiety

There is no damn way Baby Yoda smells like this | Polygon

The Doctor Will Smell You Now: The Rise of AI-Olfaction in Healthcare | BioSpace

How a Digital Nose Could Help Autonomous Vehicles Stay Clean |

Scientists used to think birds couldn’t smell. A biologist set out to prove them wrong | WBUR

Why old books smell better than new ones | Boing Boing

The Most Popular Candle Scent in Every State | Taste of Home

Scientists reveal why planes should smell of mint, museums of coffee | NZ Herald

Cancer detection: Microscopic worms on a chip could be trained to sniff out tumour cells | New Scientist

Scientists find ways to study and reconstruct past scents | Phys.org

Is Google Nose real and does it allow you to smell things virtually? | HITC

Stinky feet or something sweet? Cultures around the world respond to smells in the same way | AAAS

The sights, sounds and smells that help us feel close to Jesus | America Magazine

When a baby comes you can smell two things: the smell of flesh, which smells like chicken soup, and the smell of lilies, the flower of another garden, the spiritual garden.