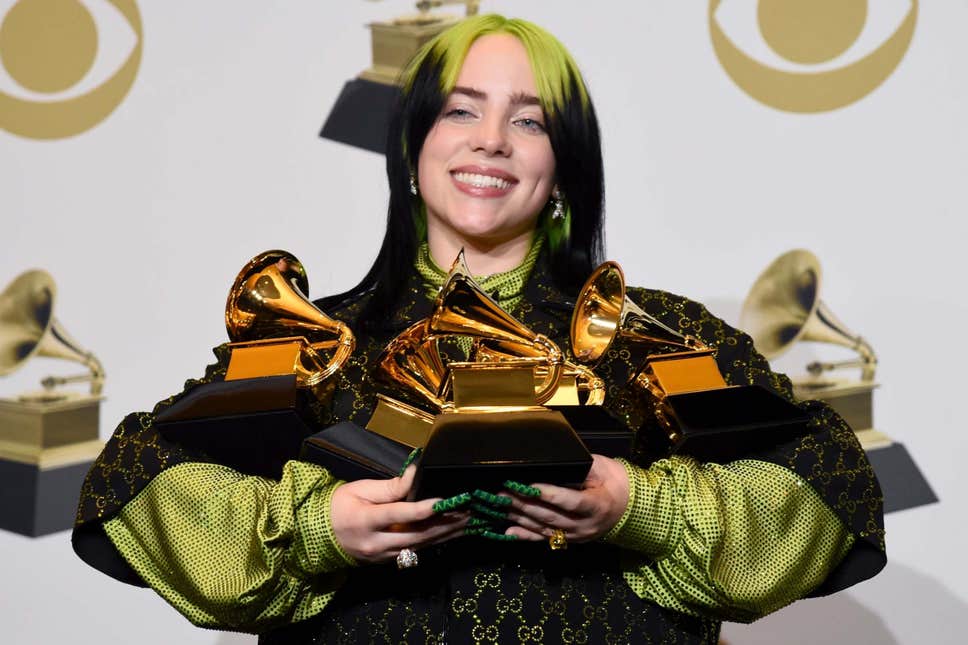 Billie Eilish is only 18 but she might just be the biggest name in pop music. At Sunday night’s Grammys she reigned supreme , winning five awards including best new artist and song of the year and becoming the youngest artist to do this. Her next mission is recording the soundtrack to the next Bond film No Time to Die. Again, she is the first 18-year-old to do this.

Eilish is a one-off. Who else would wear a green mask to the Grammys and sample the American version of The Office in a song? She also has synaesthesia, a rare brain condition which means she “sees” her music. “Everything that I make I’m already thinking of what colour it is, and what texture it is, and what day of the week it is, and what number it is, and what shape,” she told fans in a video last year. Her song Bury a Friend is grey, black and brown, she explains, while Xanny is more velvety, “like if you could feel smoke”. Her brother Finneas O’Connell, 22, who produces her music, has it too.

Synaesthesia is genetic. My father, sisters and I all share its most common form: an association of letters and numbers with colours, much to the bemusement of my mother who thinks she’s the victim of a family joke. She laughs over the dinner table as we debate whether Wednesday is green or blue. And we laugh back, pitying the bland, colourless world she must live in.

It was only six years ago, though, that I learned there was a word for the way we see things. A friend studying psychology told me about this neurological condition in which stimulation of one sense leads to involuntary experiences in a second sense and I realised this is what my family has.

Four per cent of the global population experience some form of it, from seeing sounds like Eilish, to tasting words like UK Synaesthesia Association president James Wannerton. For him dog barks taste like custard, St Paul’s of sprouts.

Research has shown that those with the condition tend to be more creative — Lady Gaga, Pharrell Williams and Kanye West all have music-related forms — but many don’t realise it is unusual. One in 25 of you reading this will have synaesthesia, but how many of you realised there was a word for it?

There’s more to spreading the word than giving your mind’s musings a cool name. Neuroscience professor Jamie Ward says GPs, teachers and parents need to be aware of the side-effects. Synaesthetes can struggle with maths and be more sensitive to migraines, but their condition can also be a superpower: my colour-wired brain has given me a master memory for names and dates, Van Gogh’s colourful mind made him a famous painter, Eilish’s multi-sensory music has broken records.

As an eight-year-old synaesthete recently wrote on Facebook, it’s the rest of the world we should feel sorry for: the remaining 96 per cent of you are “colour-deaf”. You (probably) just didn’t know it.