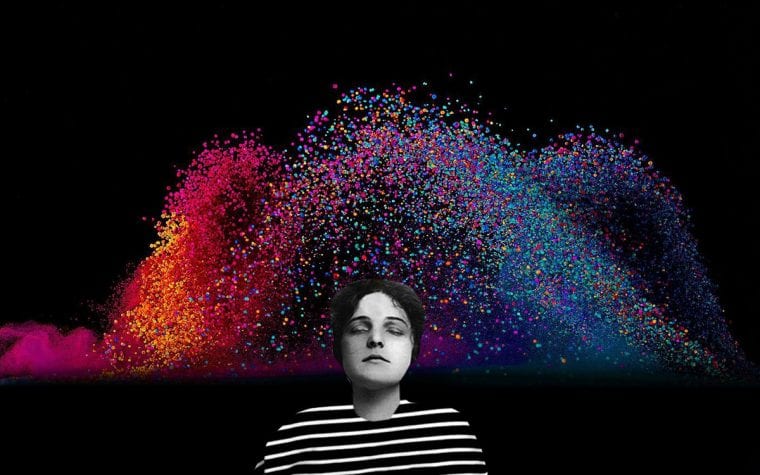 What would it be like to hear colors, smell words, feel sounds, and taste shapes? It’s an exotic thought that might have one assuming psychedelic drugs are involved. But for people with synesthesia, this blending together of sensory perceptions is an everyday experience.

But this is just a sampling. Experts note there are at least 73 different forms of synesthesia.

A person with a life-long history of synesthesia is called a synesthete, and the sensory associations formed by their brains remain consistent throughout their lives — for instance, a synesthete will always associate the same color with the same sound. While most of the scientific community is leaning towards the theory that synesthetes are born with the condition, some experts do believe that it can develop early in childhood too, and occasionally, even later.

Research suggests that the number of people with synesthesia may be anywhere between 1 in 200 to 1 in 100,000, and people with the condition may not be aware they are synesthetes because they may not be aware of what synesthesia is, despite experiencing it. Perhaps, they think that’s how everyone experiences the world, or they simply don’t bring it up because they don’t want to be mocked, or laughed at, for their unusual abilities.

The causes of synesthesia remain largely unknown, but some scientists hypothesize it could be a result of crossed wiring in the brain. “Neurons and synapses that are ‘supposed’ to be contained within one sensory system cross to another sensory system,” a University of Washington resource on synesthesia reads.

Some scientists also believe that everyone is born synesthetic, with their sensory wires entangled, but as they grow up, the senses become more segregated. Yet this doesn’t explain why some people retain their synesthesia well into adulthood, and throughout their lives.

Interestingly, recent research has also found synesthesia often co-occurring with autism; while synesthesia is experienced by just 2-4% of the general population, it is experienced by as many as 20% of people on the autism spectrum, leading experts to wonder whether synesthesia may have a role to play in the sensory overload individuals on the spectrum experience. While research is yet to answer that, experts believe that synesthesia and autism share a number of biological similarities; for instance, they’re both associated with greater local connectivity within the same or adjacent brain areas, rather than global connectivity between distant parts of the brain.

While some synesthetes may enjoy perceiving the world differently, others may find their experiences isolating — not just because they may struggle to explain it to others, but also because they fear being ridiculed or derided for it. However, even if they get lonely, synesthetes are in good company: musicians Lorde and Billy Joel, among others, have admitted to experiencing synesthesia; art historians believe that Vincent Van Gogh experienced it, too.

Source: Why Some People Can Hear Color and Smell Words | The Swaddle