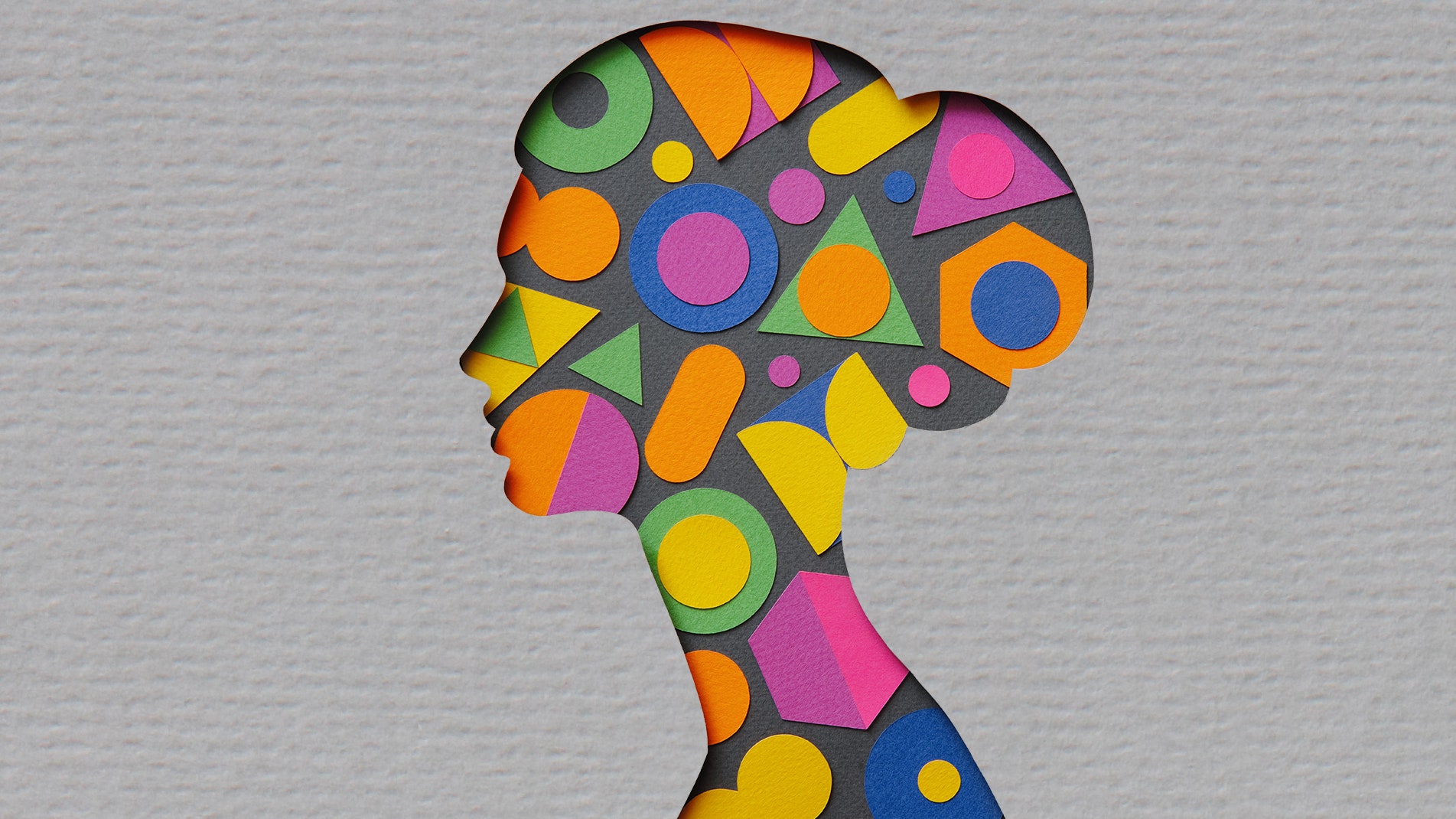 A growing number of people on the platform claim to have a perceptual condition that lets them smell colors, see music, or taste sounds. But do they really?

James Charles’ singing voice tastes like $5 vodka in a plastic bottle. This is not a metaphor—this is literally what TikTok user @tessfstevens tastes when she listens to the internet personality belt out a tune. The name Harvey, according to TikToker @henpuffs, has the flavor of flame-grilled BBQ sauce, while Daisy tastes “like butter that’s been left out in the sun.” What does Miley Cyrus’ voice look like? Last year, @sarahkraning said it was dark green, with touches of sky blue.

All of these TikTokers—and many more besides—have synesthesia, a perceptual condition where two senses are crossed, meaning synesthetes can smell colors or see music or taste sounds. Content about the phenomenon is popular on the app: Videos tagged #synesthesia have accumulated some 289 million views, and synesthetes receive countless comments from people begging them to taste their names or describe the color of their favorite song (at least one TikToker solicits PayPal donations off the back of these requests).

But hang on: Synesthesia is rare, right? Lexical-gustatory synesthesia, the type where someone can taste words, is estimated to occur in less than 0.2 percent of the population—what are the chances so many of these singular synesthetes picked up TikTok? And how come disliked celebrities conveniently seem to taste bad, while beloved ones taste like “warm cornbread and snowflakes”? In the past, TikTokers with dissociative identity disorder (DID) have been accused of faking their diagnosis for fame. Is something suspicious occurring on #synesthesiatok?

This line of thinking is part of a long history of skepticism around synesthesia. While in 1993, neurologist Richard E. Cytowic first estimated that just one in 100,000 people had synesthesia, more recent research by the University of Sussex’s Multisense synaesthesia lab puts the prevalence at 4.4 percent of the population. “The suspicion is that actually it’s pretty commonplace,” says neuroscientist John Harrison, author of Synaesthesia: The Strangest Thing.

Harrison says that when he first began studying synaesthesia with psychologist Simon Baren-Cohen in the 1980s, he was “virtually laughed out of” a neuro-ophthalmology club in London. “I went back a few years later with pretty pictures of brains, and everybody said, ‘Yes, I thought there was something to this,’” Harrison says.

In 1995, Harrison and Baron-Cohen gave six synesthetes PET scans while playing them words and tones. When listening to sounds, the synesthetes’ visual cortexes “lit up” on the scans. The results, Harrison says, were “pretty striking”—a subjective sensory experience had been mapped. Since then, more and more brain-imaging studies have been undertaken, and Harrison says the phenomenon has “moved from romantic neurology to the mainstream.”

Still, when it comes to the average person on the street (or TikTok), Harrison notes: “If somebody says they’re a synesthete, unless you’ve got bags of money and lots of time, you just have to take their word for it.” The subjectivity of the experience means even synesthetes experience self-doubt—on the r/synesthesia subreddit, there are numerous posts with titles such as, “I think my synesthesia is fake,” “idk if im a fake or not,” and “am i faking it?” Some of these Redditors express worry that they just wanted to feel “special” or “cool.”

So what’s the deal with synesthesia on TikTok? Harrison says when he first met synesthetes four decades ago, they were reluctant to talk about their condition because they feared ridicule. “That seems to have changed,” he says. “Now it’s a very sexy thing to be a synesthete.”

Of course this could tempt clout-chasers to lie, but SynesthesiaTok may simply be self-reinforcing: The hashtag raises awareness of the condition, which in turn allows more and more people to learn that they have it. Sarah Kraning is an 29-year-old artist and auditory-visual synesthete from Minneapolis who only discovered the name for her experiences in a college psychology class. “It was a very emotional, heavy-impact moment for me,” she says.

When she was a child, Kraning stopped discussing her senses after friends and family laughed or seemed confused. Kraning sees colors, textures, and patterns when she hears sounds, and used to struggle in school when teachers played music during tests. Today, she sells artwork based on what she hears and talks about her synesthesia regularly on TikTok, where she has 512,000 followers. (She’s the one who said Miley Cyrus’ voice was dark green with bits of blue.)

Kraning has taken an array of tests called the “Synethesia Battery” that was developed by University of Texas scientists in 2007—the tests proved her auditory-visual synesthesia was consistent. “I understand it,” she says of the skepticism, “I understand that it’s a very strange thing if you haven’t been educated about it.”

On the whole, however, TikTok has been kind. “It was reassuring to see the acceptance and the positive response,” Kraning says. For her, the app is a way to educate people about synesthesia and raise awareness. “For me as a kid, I felt really alone,” she says. “To have people comment and say they feel really seen, that’s when social media is at its most powerful.”

Still, that doesn’t mean everything is always as it seems (or smells, or tastes). Henry Gray is a 23-year-old bar worker from Newcastle, England, who has 12,000 followers on his account, @henpuffs; here he tells people what their names remind him of, and they can donate to his PayPal in return. One of his videos, in which he says that the name “Kirsty” smells of urine, seems suspicious—there’s a comedic set-up to the video, as Gray is responding to the comment, “My friend’s parents just got divorced and she’s really sad. Could you do Kirsty?”

Gray admits now that he asked a friend to submit the comment—there is no Kirsty with divorced parents. But he is, he says, a synesthete: Since he was a young boy, certain words have always provoked tastes, sensations, and images. He recalls sitting around the table eating strawberry pudding with his cousin Emily as a child, and remarking, “You must really like this!”—it was, after all, what her name tasted like. His own name is a soft ham and cheese sandwich, slightly squashed in a lunchbox.

“It sounds crass but ‘Kirsty’ has genuinely always been the smell of urine,” Gray says via email—though the comment was faked by a friend, his response on TikTok was real. Why did he do it? “My account is primarily to make people laugh and interest people,” he says—he also hopes to gain “a presence” on the app. It worked: The Kirsty video got almost 700,000 views.

Gray describes himself as “naturally creative” and he hopes his humorous approach will educate people about synesthesia. But he does admit that some names don’t taste of anything, and he will occasionally “make something up” for videos about these names (he doesn’t make up responses when people have paid him). Gray also sometimes exaggerates for comedic purposes: “So, for example, Bethany is a wafer biscuit, but I added ‘fat’ and ‘chunky’ just to make it sound more funny, as if I’m insulting all the Bethanys out there,” he says, noting this prompts people to share the video with friends named Bethany. “But on the whole,” Gray says, “I do say what genuinely comes to mind.”

Viewers, then, should perhaps take humorous or too-good-to-be-true accounts with a pinch of salt, but be cautious not to add to skepticism around synesthesia in general. Julia Simner, a neuropsychology professor who runs the Sussex synesthesia lab says, “I wouldn’t try to undermine someone who claims to be a synesthete, because synesthetes often spend their early life being disbelieved, which is tough for them.”

Questions still remain in synesthesia research—much is yet to be discovered about the exact underpinnings of the phenomenon. But for the world’s synesthetes, TikTok can be a comforting, educational (and amusing) place.

Amelia Tait is a freelance journalist who writes on culture, trends, and the internet for publications such as The Guardian, The New York Times, Vice, and GQ. She is based in London.

What is synaesthesia, and how does it work? | ABC

Helen and her daughter Lucy both have synaesthesia, but don't experience it in the same…
Synaesthesia

Curious Kids: Why can some people ‘see’ what they taste & color | Qrius