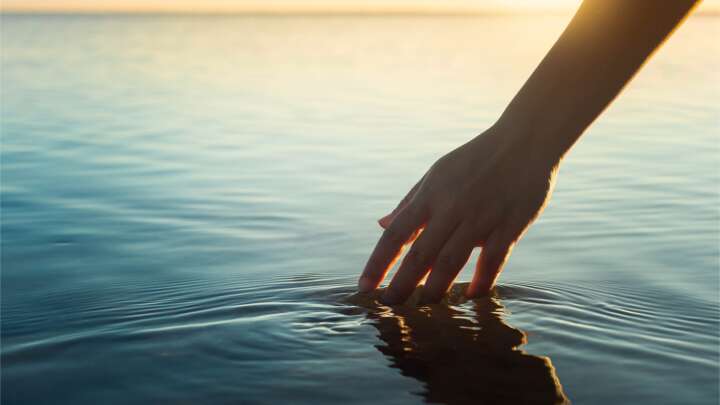 There are many different types of synesthesia, but almost all of them – especially the most famous ones – involve sight in some way. The composer Franz Liszt once notably asked his orchestra to play pieces “a little bluer,” for example, referring not to the musical style but the literal color blue, while Nobel prize-winning physicist Richard Feynman would read complicated math equations in glorious technicolor.

But that doesn’t mean the condition requires sight, as a new case study in the journal Neuropsychologia has now proven. The study authors say that their data “fill an important void in the current knowledge on synesthesia and shed light on the mechanisms behind sensory crosstalk in the human mind.”

So what does non-visual synesthesia, for want of a better term, look like? For the 40-year-old man in the case study, it’s felt in the index fingers, with individual “numbers, letters, months and days of the week […] associated with a precise position in mental space and with a precise tactile texture,” the paper explains – so the number three feels like velvet, for example, while the month of April feels like plastic.

To test the man’s condition, the researchers set up a board covered in 40 squares of variously textured materials and gave him a few minutes to feel them all. They then asked him – plus ten non-synesthetes – to pick out which material felt most like certain numbers, months, or days of the week.

A month later, the researchers rearranged the materials randomly on the board and called everyone back to repeat the experiment. Now, that’s quite a long time to remember exactly what texture you assigned “Tuesday” while blindfolded, and unsurprisingly, the average non-synesthete only matched their previous answers about seven percent of the time. For the man with synesthesia, though, that figure was way higher – over ten times as high. Specifically, he chose the same textures as the previous month’s experiment with around 75 percent accuracy.

“We empirically verified the presence of number-texture and letter-texture synesthesia in [the subject], compared to non-synesthete controls, probing the consistency of item-texture associations across time,” reports the study, “demonstrating that synesthesia can develop without vision.”

That’s big news – there have, until now, been no reported cases of synesthesia in a congenitally blind person. Some people have suggested that it was actually impossible – that congenital blindness itself ruled out the kind of cross-sensory integration in the brain that produces synesthesia. That means that this study – and the friend of a friend that study lead author Roberto Bottini happened to hear about one day – has singlehandedly debunked quite a few hypotheses.

“These interesting findings make it unlikely that vision is necessary for developing synaesthesia, at odds with some previous claims,” cognitive neuroscientist Clare Press, who wasn’t involved in the study, told New Scientist.

“Vision may predominate in much of perception and synesthesia, but not because the brain is processing sights in a wholly different fashion from sounds or touches,” she continued. “These additional internally generated cues seen in synesthesia could even help the blind individual to recall information, effectively ‘imagining’ textures that accompany heard numbers.”