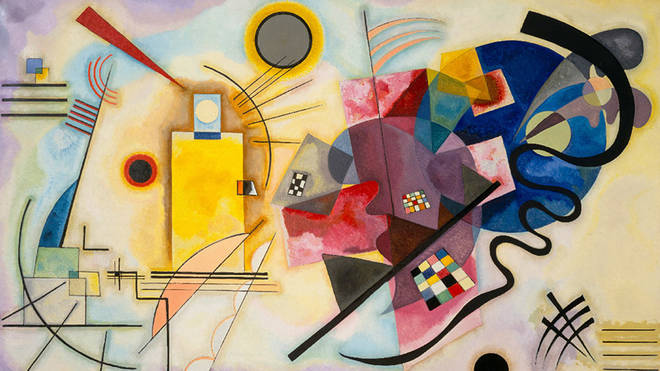 An almost psychedelic new Google tool lets you “hear colours and shapes”, as many great artists do.

But what if you could actually hear colour?

Wassily Kandinsky, who pioneered abstract art in the early 20th century, had a rare trait called synaesthesia, which blurs the senses and allowed the Russian painter to associate colours with certain sounds and moods.

Red, he heard as a violin; yellow, as a trumpet; and blue, the sound of a heavenly organ.

Kandinsky wasn’t alone in his understanding of colours. Some of art and music’s most famous names, from Van Gogh to Franz Liszt and Billie Eilish, all have synaesthesia in common.

Now, Google Arts & Culture has launched a new tool to allow you to experience what Kandinsky might have heard when painting.

Play with the tool here >

How did Russian artist Kandinsky ‘hear’ the colour blue in his paintings?
New Google tool lets you experience synaesthesia.
The ‘Playing Kandinsky’ project lets you hear the artist’s 1925 masterpiece Yellow-Red-Blue, and imagine the kaleidoscopic symphony that was playing in his head as he painted.

Two brilliant experimental musicians, Antoine Bertin and NSDOS, trained one of Google’s neural networks to created the one-of-a-kind machine learning tool, which was developed alongside The Centre Pompidou in Paris.

“By inviting the machine to express itself, the music has kind of emerged by itself, and as artists [we feel like] we’re the intermediary from Kandinsky’s time to today. That was very exciting,” Bertin said.

The tool is part of a wider virtual exhibition, ‘Sounds Like Kandinsky’, which offers the largest collection of Kandinsky artworks in the world.

Read more: You can now create your own 4-part ‘Blob Opera‘ with this Google app >

Synaesthesia, many believe, was the creative gift that enabled Kandinsky to become the pioneer and ‘father of abstract art’.

Music and colour were, for him, inextricably linked. He once said: “The sound of colours is so definite that it would be hard to find anyone who would express bright yellow with bass notes or dark lake with treble.”