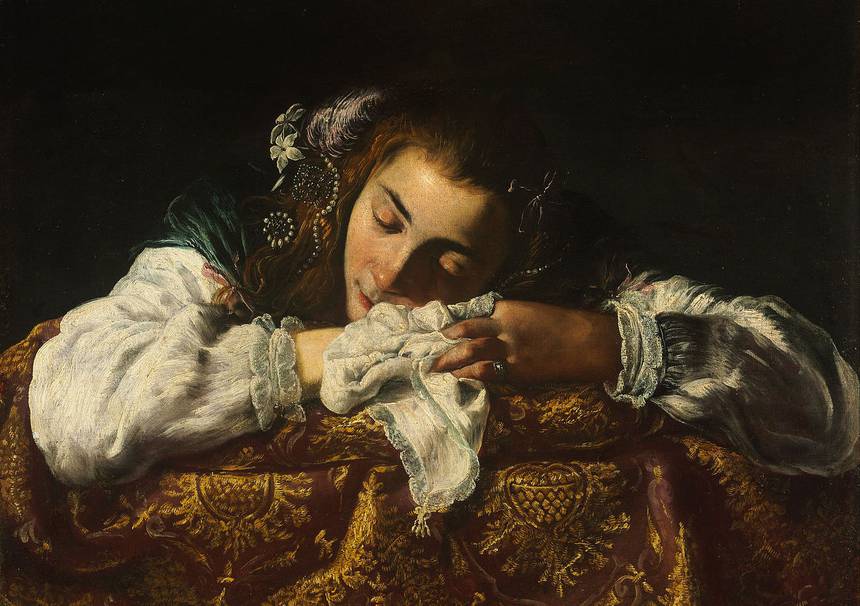 Researchers find that even just sleeping with a shirt that one’s romantic partner has worn leads to improved slumber.

If you have ever snuggled up to your beloved’s dirty shirt while they were away … and felt a little silly about it … consider this your redemption. According to a study from the University of British Columbia (UBC), just the scent of a romantic partner can make you sleep better. (So now you can call that shirt a sleep aid.)

“Our findings provide new evidence that merely sleeping with a partner’s scent improves sleep efficiency. Our participants had an average sleep efficiency improvement of more than two per cent,” said Marlise Hofer, the study’s lead author and a graduate student in the UBC department of psychology. She adds:

We saw an effect similar in size to what has been reported from taking oral melatonin supplements – often used as a sleep aid.

So how does a team of researchers come to this conclusion? To start with, they are not pilfering t-shirts from the laundry basket, phew. There were 155 participants in the study; their partners were given a clean t-shirt and instructed to wear it for 24 hours; they were asked not to use deodorant or scented products, and were to refrain from smoking, exercising and eating certain stinky foods. And then the shirts were frozen to preserve their scent. (Pro-tip: Keep honey’s shirt in the freezer in case of sleepless nights alone.)

The participants were given two identical-looking t-shirts to use as pillowcases – the one infused with their partner’s scent and another one that was either clean or worn by a stranger. They were not told which one was which, and spent two nights sleeping, first with one and then the other.

After each night, they completed a survey about their state of restfulness; sleep quality was also objectively measured using a sleep watch that monitored their movements throughout the night.

At the end of the study, the sleepers were asked to guess which shirt had been worn by their partner. Perhaps not surprisingly, the participants felt more rested on the nights they thought they were sleeping with their partner’s scent. (I can not imagine sleeping very well using a stranger’s dirty shirt for a pillowcase?) But as UBS explains:

…regardless of their beliefs about scent exposure, data from the sleep watches indicated that objective sleep improved when participants were actually exposed to their partner’s scent.

“One of the most surprising findings is how a romantic partner’s scent can improve sleep quality even outside of our conscious awareness,” said Frances Chen, the study’s senior author and associate professor in the UBC department of psychology. “The sleep watch data showed that participants experienced less tossing and turning when exposed to their partners’ scent, even if they weren’t aware of whose scent they were smelling.”

As it turns out, the physical presence of a long-term romantic partner is linked to health benefits, like a sense of safety and reduced stress – which can lead to better sleep. “By signalling recent physical proximity, the mere scent of a partner may have similar benefits,” notes the University.

Hofer says that the study could lead to more research looking at easy and effective ways to improve sleep, “such as bringing a partner’s shirt the next time you travel alone.”

Given that Americans are expected to spend $52 billion on sleep aids and remedies this year, it seems prudent to explore some of the more wholesome options before diving into supplements and medications – many of which can be wasteful, ineffective, and may come with scary side effects. For anyone in a romantic relationship, it surely couldn’t hurt to snag a worn t-shirt to cuddle up to when sleeping apart … and now you have a perfectly good excuse to do so.

Source: Your lover’s scent is as good as melatonin for sleep | TreeHugger

Viruses can change your scent to make you more attractive to mosquitoes, new research in mice finds | The Conversation

Your Nose Knows: New Science Suggests Scents Matter to Humans as Much as to Dogs | The Epoch Times

Does Your Nose Help Pick Your Friends? | New York Times

Newborn babies’ smell has opposite effects on parents – study | JPost

Is there a biological basis for instant attraction? | New York Post

Your dog has a rich interior life it’s not telling you about | Salon.com

As much longing for worldly happiness (of 5 senses) there is, that much less is the spiritual development.