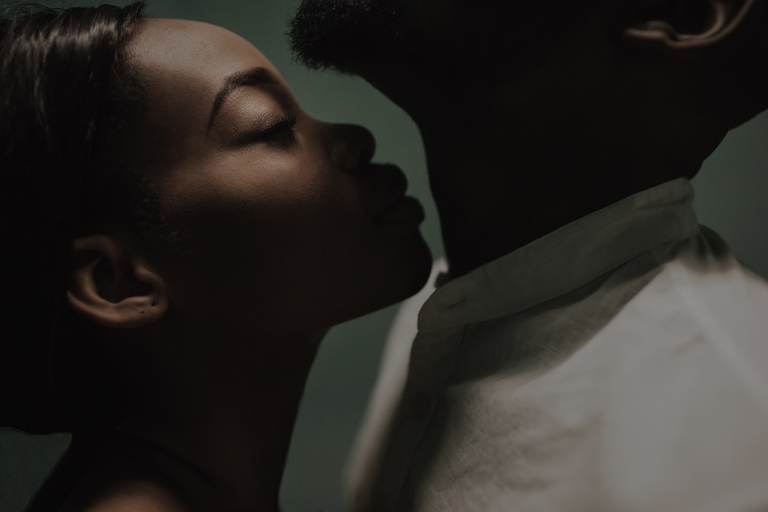 This story is from The Pulse, a weekly health and science podcast.

Researcher Jessica Gaby says it’s about time those who lack deep human connections in life start thinking more about body odor. Just maybe not how you would expect.

“I stopped wearing antiperspirant, I don’t know, 15 years ago,” Gaby said with a chuckle. “And yes, sometimes maybe I smell not perfect. But that’s part of the way that I smell as a human being, and either you’re going to be OK with it or you’re not. And I think for me, that’s a good screening tool.”

Gaby is an assistant professor of psychology at Middle Tennessee State University, where she studies how the sense of smell affects human interactions. She said our noses have the power to subtly nudge us toward certain emotions or behaviors, and away from others.

But can a specific scent do the same with other humans? The answer is complicated, Gaby said.

Cultural preferences play a huge role in determining what and who smells good to some and bad to others. But while some bad scents — like the smell of rotting flesh — leave nearly all humans in disgust, countless movies, songs, and fragrance products have often imagined the opposite: an irresistible human pheromone so powerful even Batman can’t help but fall in love with his longtime foe.

John McGlone, a professor of animal science at Texas Tech University, said the idea isn’t that wild. Almost all animals, from insects to humans, secrete similar molecules that can be detected through smell.

“These molecules, their biochemistry, and the receptors are conserved across species through evolution all the way through,” McGlone said.

When a specific molecule triggers a reliable behavioral or physiological response within the same species of animal, it’s considered a pheromone. But how those molecules are interpreted can vary wildly depending on their concentration and the animal picking up the smell.

“There was a pheromone in a pine beetle that’s an aggregation pheromone. Now what that means is this beetle attacks pine trees, and when it starts feeding and finds a good pine tree, it puts out an aggregation pheromone which makes other beetles come to that site and eat that tree,” said McGlone. “Then when scientists were studying elephants in Africa, they discovered the same exact molecule was a sex pheromone in the elephant.”

Though humans may very well emit that same molecule, and a whole host of others considered pheromones among different animal species, it’s unclear at what level humans perceive those molecules, and whether we react to them in some hardwired way.

“Humans have evolved without a heavy reliance on the sense of smell. If you are a species that has developed a sex pheromone, let’s say that’s the same molecule as an insect, humans will have that same molecule, but they don’t perceive that as a sex pheromone in the human,” McGlone said. “What’s more, many pheromones are also situational, meaning the animal smelling the molecule must be primed to receive it for the molecule to trigger a response.”

The complexity of it all makes identifying any kind of human pheromone a tall task, Gaby said.

“It’s difficult to say that humans have pheromones, because we have not yet been able to characterize specific molecules that elicit predictable interactions,” Gaby said. “Humans are really messy creatures to study, right? There’s a lot of cognitive factors that might play into the way that you respond to an odor that other animals just don’t have, but it certainly seems like we are emitting certain chemical signals that have social value.”

Though no single molecule has been shown to trigger a reliable behavioral response among humans, Gaby said, there is evidence that olfaction plays a much bigger role in our emotions than we realize. She pointed to research that suggests the smell of women’s tears can quiet feelings of sexual arousal in men and that sweat can communicate levels of fear and anxiety as proof.

“So you are watching a movie, you see a scary thing, someone next to you can pick up on the fact that you are afraid,” Gaby said. “How did you create that odor so quickly? Is it waiting in your skin to be assembled? Because what we know evolutionarily is that things like this are costly, right? You can’t just produce infinite amounts.”

People produce their own smells, and then they layer other smells on top, like lotions, perfumes, and deodorants — and those manufactured smells might combine in different ways depending on factors like a person’s diet and their environment. Gaby’s research tries to tease those elements apart.

In a 2019 study, Gaby and her team sought to understand how “diplomatic odor” (that is, perfume and deodorant) might be affecting the perception of body odor. They gave participants clothing worn by two different people but sprayed with the same perfume. Participants received a small electrical shock when they smelled one piece of clothing, but not the other.

“And so what you hope to see is that they eventually develop this sort of expectation of a negative consequence to smelling the one odor, but not the other. So the question was, if the perfume is the thing that matters, then you should not be able to tell the difference between them. But if the underlying individual differences in their body odor are what is important, then you should be able to differentiate them, even though they’re both wearing the same perfume,” Gaby said.

The results showed just that. Participants could decipher which individual’s sweat was linked to the electrical shocks, despite attempts to mask it. People seemed to be responding and identifying something deeper than perfume. Researchers like Gaby just don’t fully know what exactly it is yet.

“We know there are individual differences in human body odor, both based on genetic and environmental factors,” Gaby said. “We don’t know if it’s that people process these perfumes on their skin differently, so the perfume itself might smell different on me than it smells on you. We certainly know anecdotally that that is true. So is it that people were picking up on the differences in the perfume itself? Or were they picking up on the underlying body odor differences, and just the perfume wasn’t sufficiently masking it?”

As for human pheromones, for now they remain the stuff of comic book villains and creepy pick-up artists.