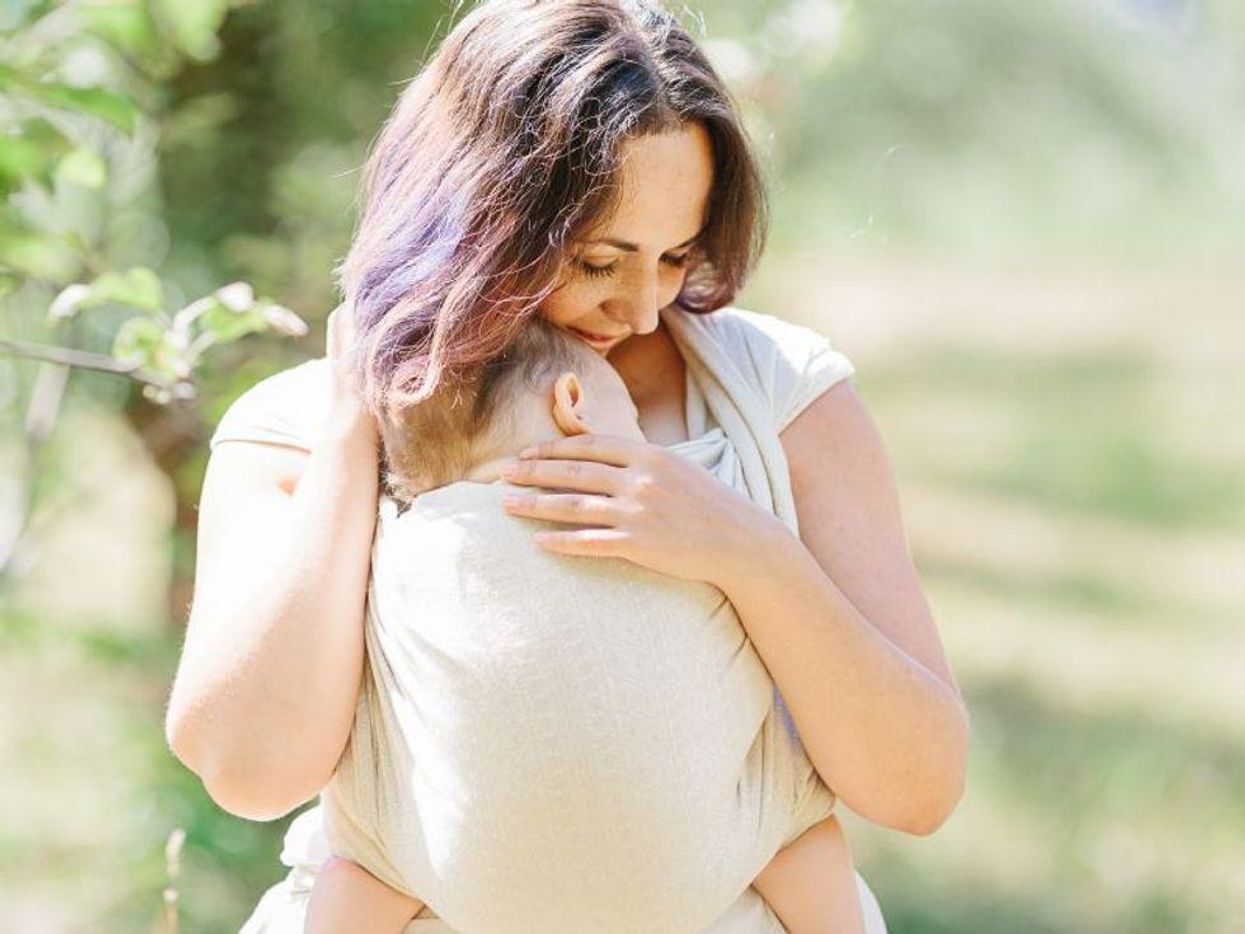 By msensory team07/09/2022No Comments
The sound of mom’s voice can soothe a fussy baby like nothing else, but now new research suggests that an infant is also calmed by the scent of its mother.

Prior animal studies had already shown that olfaction — smell — “is very important, that mother’s smell is very critical for attachment,” noted study author Ruth Feldman. “Young recognize mother by her smell, and mother and habitat and the whole sense of safety and placement and fear conditioning is related to olfactory cues. And we know what it does in the brain.” Feldman directs Reichman University’s Center for Developmental Social Neuroscience, in Israel.

In this study, her group wanted to combine two areas of research, looking at both brain-to-brain communication and maternal chemical signals between women and babies. To do so, the investigators sent 62 moms home with a cotton T-shirt to sleep with for two nights and then return to the study site.

At the site, the mothers and infants wore electrodes on their heads to measure brain waves. First, they were seated back-to-back, then face-to-face. During their face-to-face interactions, the data showed the brains of mom and baby were more synchronized than in the back-to-back position.

Later, 51 of the infants were seated face-to-face with a stranger. When a clean T-shirt was placed nearby, the brain synchrony was lower during the interactions, but when a T-shirt embedded with their mother’s scent was placed nearby, those babies showed the same amount of neural synchrony with the stranger as they did when their mothers were present.

Feldman noted that the developmental age the researchers chose to work with — around 7 months — is the age at which most babies being to engage “in face-to-face social interaction.”

Out in the world, this research could have an impact in a variety of ways. Providing an item with a mother’s scent could help the child synchronize with others when the mother can’t be there, for example.

Other studies on brain-to-brain synchrony in Feldman’s lab include with dads and in mothers who have postpartum depression.

The new findings were published Dec. 10 in the journal Science Advances.

“I was really excited to see this work, and I think it’s a really innovative and new method that has just been recently started to be applied to study infant and mother interactions,” Scott said.

The infants seemed to be more engaged, based on ratings of their behavior, Scott said. They seemed to be more comfortable in interacting with an unfamiliar person when their mother’s scent was nearby, she added.

In some ways, it’s what mothers already do to make their children more comfortable in a new setting, like day care, Scott noted. They might bring along a blanket or toy or pacifier that feels familiar to them.

“I think what this tells us is that the mother’s scent might also be a really comforting object for infants, and that makes sense because typically they spend the most time with their mothers and it’s a very familiar scent, just like faces and voices,” Scott said.

“Of course, this work needs to be replicated before anything is implemented at a clinical level, but … it’s preliminary evidence that the infants are more comfortable around their [mom’s] scent,” Scott added. “So maybe I would sleep with a blanket and then the first day of day care send it with my infant. Or if they’re going to grandma’s house, I think that that might be a comforting cue for them during transitions, which can sometimes be a little bit difficult.”

While this research used 16 sensors, some researchers now are using 128 sensors, which can provide even more information about brain processes that are happening, Scott said. Yet other scientists are doing instant MRI scans, which can be useful to look at connectivity and change over time.

The U.S. Centers for Disease Control and Prevention has more on early brain development and health.