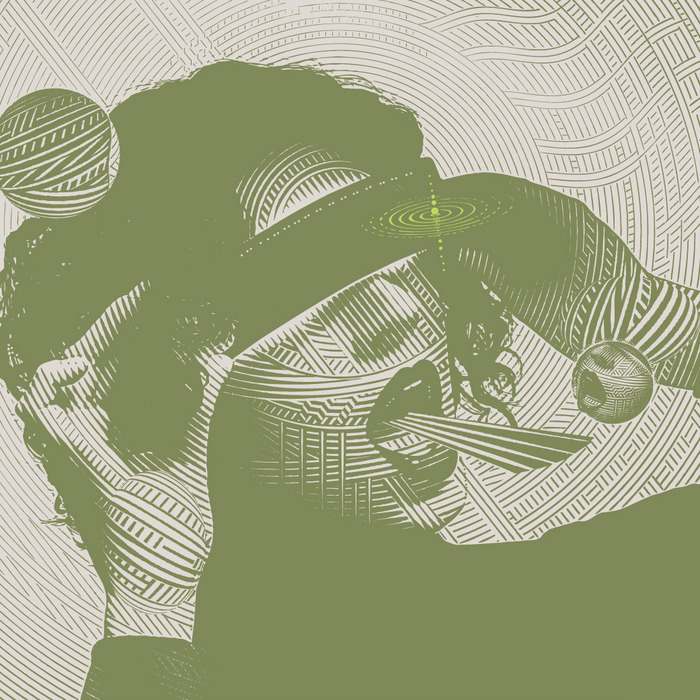 On the fourth floor of the James Beard House in Greenwich Village, a kind of epicenter for the American culinary world, I was directed to the seat where I was to eat dinner: a swivel chair facing a wall. I was told that I could move around as much as I’d like and that I could stand, but I was advised not to walk around. Then someone handed me a virtual-reality headset.

Presented by the James Beard Foundation, the project, called Aerobanquets RMX, is a seven-course VR collaboration between the Rahi Restaurant Group and the Italian-American artist Mattia Casalegno. The series runs until the end of January and has received plenty of press. A ticket cost me $125, but otherwise I had no real idea what to expect.

Inside the simulation, I was alone at a dinner party that was wrapping up. There was silverware strewn about the virtual table, an almost empty glass of wine, and a balding man talking to no one in particular. He looked almost like Filippo Marinetti, the author of The Futurist Cookbook, whom Casalegno has noted was the inspiration for this project. In front of him was some kind of small vessel with a red pearl sitting on its granite top.

“At the dinner party of the future,” this man said, “silverware will be obsolete.” With that, he cupped his hands around the vessel, lifted it to his lips, tilted his head back, and let the red pearl slide into his mouth. He instructed me to do the same.

What followed was an explosion of light and water that I would later learn was cream cheese. Under my feet, a distant galaxy swirled. Were those stars? As they floated closer, the specks turned out to be broken forks, glasses, and plates. With my pixelated hands, I batted a broken wineglass into the darkest reaches of the universe.

Soon, another pearl appeared, emitting a kind of radioactive glow. I dawdled around the starlight a bit more, then tilted the pearl into my mouth. I could feel needles poking and prodding my taste buds and what felt like a crisp pea rolling around, decimating everything in its path like a boulder down a hill.

I’ll never know what the actual food I ate looked like, but within Casalegno’s VR world, the orbs are meant to mimic the sensation of eating the ingredients. Some were translucent; one looked like a shrunken pomegranate or maybe the exposed cross section of a tiny planet.

Each pearl came on the same vessel, which floated amid the differing backdrops of each universe. In real life, I learned, a server removed the vessel from the room, plated the next course, then set it back on a stool. In the virtual world, the service was far more magical: The vessel would appear out of the ether; in one setting, each virtual ingredient arose from beneath my feet, plating itself into an orderly sphere atop the vessel.

Once I had ingested a pearl, a new virtual world would open. Whatever I actually ate hardly mattered. By manipulating the color and the sounds around me, Casalegno, chef Chintan Pandya, and Rahi CEO Roni Mazumdar could transform these little orbs into anything. At one point, the in-simulation narration from food writer Gail Simmons told me that one pearl would taste “like the first time you bit your lip.” Glockenspiels made of cow carcasses — playable, if I wanted — and golden violins fell from the sky.

Even now, my memory of each bite isn’t the flavor of fruit or the sensation of something being cold. Instead, I can recall only the full experience: music swelling, water rising to my shoulders, light and color swirling around me. For a time, anyway, I was fully detached from my actual surroundings in order to experience this heightened reality.

In the real world, Pandya, Casalegno, and Mazumdar were waiting to talk with me when dinner was over. “Food tech is in its infancy,” Mazumdar said, admitting that the current technology is still a bit clunky (“this multi-sensory combination of VR and food is the rotary phone”) but that it made them only more excited about its potential. “This,” Mazumdar said, “is the first time you get to eat food in this way.” I had no choice but to agree.

Source: What It’s Like to Eat a VR Dinner at Aerobanquets RMX