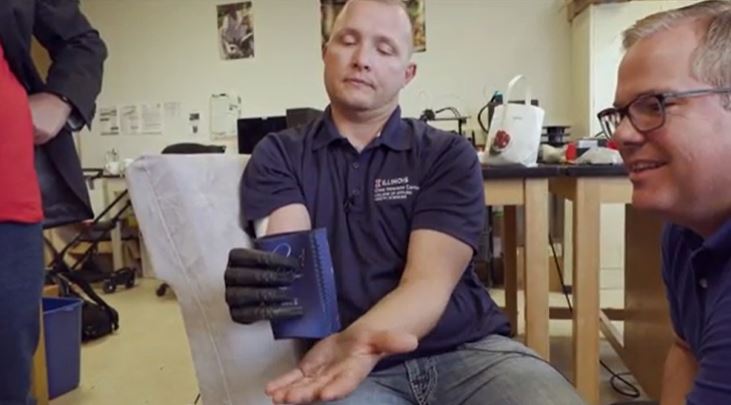 VR technology has come a long way with modern headsets and other accessories packed with cutting-edge features. Modern sensors that are integrated into the device have delivered outstanding accuracy over the years. However, there are still potential improvements to be made for future products and one company is prepared to enhance the user’s experience. The Teslasuit Glove promises advanced haptic feedback designed for various applications. Moreover, the biometric scanners on board should likewise make it ideal for medical rehabilitation.

The company made its debut with a haptic suit that was initially intended for VR gaming. Now, it is shifting away from entertainment and targeting commercial usage for its products. Although it is possibly capable of being used for games, the Glove will be primarily marketed for other uses. A report from The Verge confirms that the sensory feedback it can generate is unlike those produced by regular controllers used by most virtual reality platforms.

Using a combination of several technologies, the Teslasuit Glove will reportedly create realistic sensations for its user. While regular controllers can track position and interact with virtual objects using buttons and triggers, the motors and sensory components will give the user an impression of texture and resistance that will mimic the object in real life. It can be used to train individuals in a virtual environment before actual testing.

Each finger will have nine electrodes to emulate the texture of a surface, while the plastic exoskeleton handles resistance. The latter will likely use micromotors to adjust the tension in order to simulate the shape of an object through the position of each of the user’s digits. Furthermore, the vibrations produced will contribute to the overall simulation.

Meanwhile, the built-in pulse oximeter will track heart rate and oxygen saturation. Therefore, medical professionals can use the Teslasuit Glove to monitor the user’s stress levels during rehabilitation. This can help therapists adjust the exercises in order to improve the rate of the patient’s recovery. The manufacturer will have a public demonstration of its new product early next year. Those who will attend the 2020 CES can drop by the company’s booth to the Teslasuit Glove in action. The VR accessory is scheduled to ship by the second half of 2020.