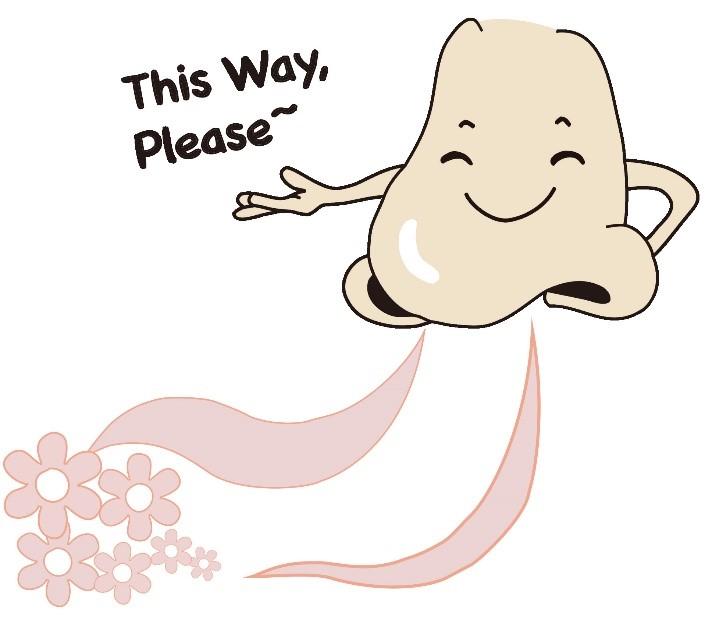 “If in doubt, always follow your nose,” said Gandalf in The Lord of the Rings.

Despite Gandalf’s advice, humans tend to regard themselves as “microsmatic” – having a poor sense of smell. Human navigation is thought to rely primarily on vision and audition. Specifically, subtle differences between the inputs to the paired eyes and ears are exploited by the brain to construct three-dimensional experiences that guide navigation.

Although humans also have two separate nasal passages that simultaneously sample from nonoverlapping regions in space, it is widely held that inter-nostril differences in odor concentration do not provide directional information in humans unless that odor also stimulates the trigeminal nerve (i.e., elicits hot, cold, spicy, tingling, or electric feelings), in which case it is really the trigeminal system that generates a directional cue.

However, a new study conducted by graduate student WU Yuli and his colleagues at the Institute of Psychology of the Chinese Academy of Sciences (CAS) argues otherwise.

WU and his colleagues introduced various levels of binaral concentration disparity to a heading judgment paradigm based on optic flow – a unique type of visual stimulus that captures the pattern of apparent motion of surface elements in a visual scene and induces the illusory feeling of self-movement in stationary observers.

The odorants they used were phenylethyl alcohol and vanillin, which smell like rose and vanilla, respectively, and are known to activate only the olfactory nerve.

Results from stringent psychophysical testing in four experiments involving a total of 180 participants consistently showed that a moderate binaral disparity biases recipients’ perceived direction of self-motion toward the higher-concentration side in manners reminiscent of stereo vision (i.e., binocular stereopsis), despite not being able to verbalize which nostril smells a stronger odor.

In addition, the effect depends on the inter-nostril ratio of odor concentrations as opposed to the numeric difference in concentration between the two nostrils.

“Our work presents clear behavioral evidence that humans have a stereo sense of smell that subconsciously guides navigation,” said Dr. ZHOU Wen, senior author of the study. “The findings underscore the multisensory nature of heading perception and could provide guidance for the design and development of olfactory virtual-reality systems for humans.”

The study, entitled “Humans navigate with stereo olfaction,” was published online on PNAS on June 22.

Unique ‘smell walk’ has been created in Derry | Derry Now

I Finally Found My Weird Tomato-Plant Candle | The Cut