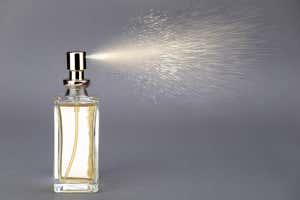 Is our sense of new smells keener? What’s the evolutionary benefit of this? | New Scientist

I notice the smell of perfume I have used for a while less than a new one. Is our sense of new smells keener? What’s the evolutionary benefit of this?

This phenomenon is popularly termed “nose blindness”. It occurs when you cease to be aware of familiar smells, regardless of whether they are pleasant or unpleasant. Nose blindness is an example of sensory habituation, which can involve any of the senses.

Sensory habituation isn’t so much an increased awareness of a novel stimulus, but a blunting of our ability to respond to familiar sensory stimuli. It is found throughout the animal kingdom and right down to the level of unicellular organisms, and may even occur in plants, such as mimosa.

Some species of mimosa can become accustomed to sensory stimuli caused when they are stroked and so will cease to fold their leaves in response. In animals, a classic experiment in habituation involves repeatedly poking snails until they stop retracting their eyes stalks.

Habituation is a form of learning and its prevalence suggests that it is pretty vital for survival. This may be because being constantly aware of all the input from one’s senses is exhausting, to say the least, and so it is far better to pay more attention to the unfamiliar.

The experiences of some people with autism illustrate just how unpleasant it can be when it is difficult to switch off awareness. Some people may feel constantly bombarded by the noise of a crowded environment or are excruciatingly aware of scratchy labels on clothing.

The really interesting thing about habituation is that it wears off in the absence of the familiar stimulus. During lockdown, for instance, an aquarium in Japan asked the public to contact them via FaceTime so that a group of shy garden eels could be shown human faces.

These timid tropical animals had become accustomed to the presence of aquarium visitors, but in their absence, they were reverting to a habit of retreating into their burrows on the rare occasions when a human approached their tank.

Smell and taste habituation can be particularly useful. Tuning out familiar household odours allows us to be aware of new smells, like smoke, gas leaks and that potato going bad at the bottom of the bag.

Yet even though habituation exhausts our perception of a smell, the memory remains. If we later reconnect with the same odour, we can often be extremely aware of its presence.

This recollection even appears in Marcel Proust’s In Search of Lost Time, in which tasting madeleine cake crumbs triggers the narrator’s memories. Ex-smokers often have a sharp response to the smell of cigarettes, too.

In the case of perfume, changing to another scent for a while, especially one that is dissimilar, will cause the original to regain its appeal.

Source: Is our sense of new smells keener? What’s the evolutionary benefit of this? | New Scientist