VR smell can be used to improve immersion—and possibly even mental health.

This article is an installment of The Future Explored, a weekly guide to world-changing technology. You can get stories like this one straight to your inbox every Thursday morning by subscribing here.

Last month, VR startup OVR announced a new platform that increases immersion for users — not through visuals — through smell. Dubbed the INHALE Wellness Platform, the effort seeks to bring about the next generation of aromatherapy through VR.

Smells are produced through the company’s ION device, a headset attachment that includes vials of different scents that can be triggered by users’ movements or experiences in VR.

Aromatherapy joins OVR’s “Shifting Homes,” a VR experience that incorporates smell to viscerally immerse audiences in the experience of climate change in the Pacific island of Samoa, a country under threat from rising sea levels.

In the experience, smells range from sandy beaches (in calm weather) to smoke from fires caused by a lightning strike. OVR worked with artist Daniel Stricker of DP Immersive to gather scents from the island, which the startup then used to develop scents for ION in its Vermont lab.

Why smell, why now?

VR visually immerses users in digital worlds, and advances in spatial audio continue to add sonic elements that deepen the experience. But smell has proved trickier; as an industry colleague once said to me: you can’t pause smell.

The lack of immersive scent has been a big loss for VR — a medium whose promise is lifelike immersion into alternate realities. Smell is the sense most closely linked to memory. Researchers believe this could have to do with how smell operates within the brain.

“Smell is the factor that can create a truly human experience in virtual reality.”

With every other sense — sight, sound, touch, and taste — the “data” we perceive is first interpreted by the thalamus, a sort of “relay station.” Once processed by the thalamus, only then is this information passed on to other areas of the brain.

But, as Ashley Hamer writes in Discovery, “Scents bypass the thalamus and go straight to the brain’s smell center, known as the olfactory bulb. The olfactory bulb is directly connected to the amygdala and hippocampus, which might explain why the smell of something can so immediately trigger a detailed memory or even intense emotion.”

Smell-O-Vision: People have been wanting to incorporate smell into TV and film for over a century; the earliest known use of scent in conjunction with film is 1906.

In the 1940s, ’50s, and ’60s, efforts like AromaRama and Smell-O-Vision sought to bring smell to mass audiences, but despite a lot of hype, they never actually took off.

The New York Times didn’t pull any punches when it described one such effort in 1959 as “capricious … elusive, oppressive or perfunctory and banal … merely synthetic smells that occasionally befit what one is viewing, but more often they confuse the atmosphere.”

Common scents: VR offers unique opportunities related to smell. Where film and TV present content in two dimensions, VR is meant to fully immerse users individually. And because of the proximity of headsets to users’ noses, smell can be delivered more precisely, through attachments like ION, than in an open environment like a movie theatre.

OVR claims its technology allows for “.1 millisecond bursts of scent (that) can change between scents in 20 milliseconds.” The scents can be personal and specific to what the user is doing — in addition to environmental scents, like beach air, the ION can also be triggered by interacting with virtual objects.

Virtual sunshine for the mind

VR delivers a wide variety of experiences, from games and narrative content to training and education. But it also has potential for delivering virtual therapeutics — using VR as a tool to promote healthier connections between body and mind.

The startup is betting that aromatherapy can become a major part of virtual therapeutics. INHALE situates users in a relaxing environment, where they take part in guided meditations that involve smells like pine forests, an ocean breeze, and fresh-cut grass.

“Smell…plays a critical role in human motivation and behavior,” Wisniewski said in a statement. “That makes it an extremely important aspect of outcome-oriented VR experiences and especially relevant as an affordable and scalable tool to enhance access to integrative health, mental health, and wellbeing management.”

We’d love to hear from you! If you have a comment about this article or if you have a tip for a future Freethink story, please email us at tips@freethink.com.

Source: VR Aromatherapy Might be Coming to a Headset Near You | Freethink 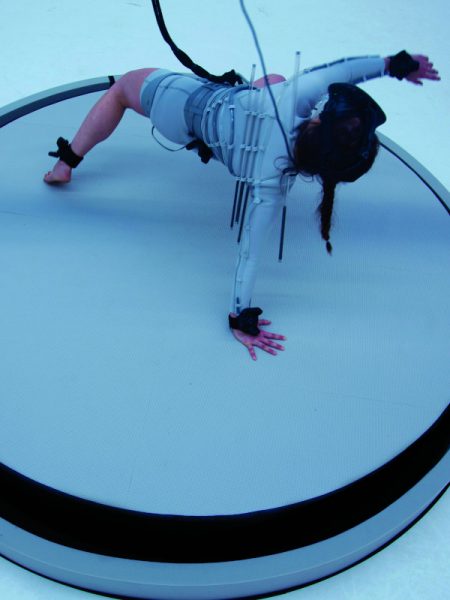 There’s a paradox in our technically advanced environment: although sophisticated sensors and techniques have been developed to appeal to almost all of our senses, they almost exclusively target our visual…
msensory team
Love0 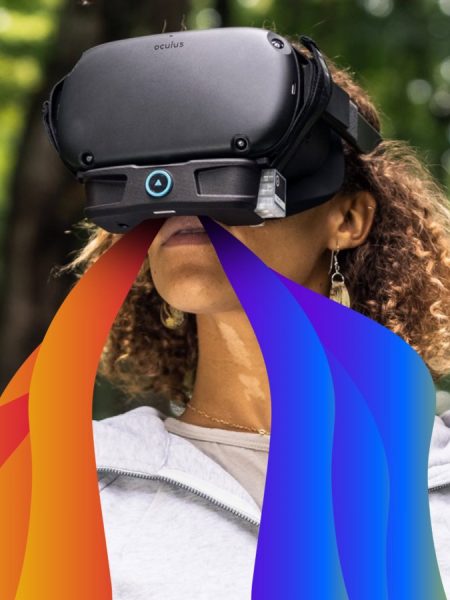 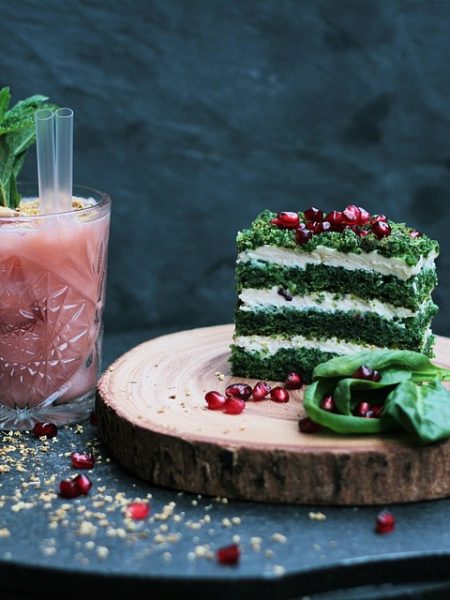 The common assumption is that our sense of taste is the most important when it comes to food. But studies show that our other senses come into play before taste.…
msensory team
Love0 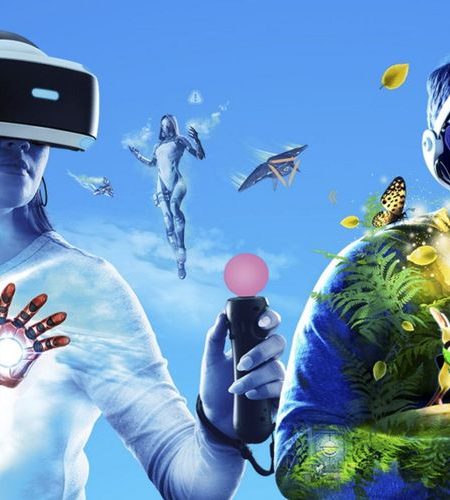 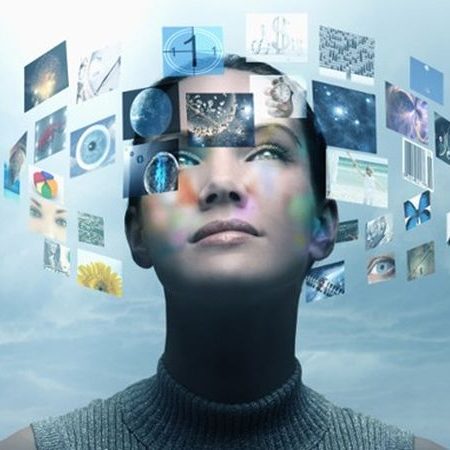 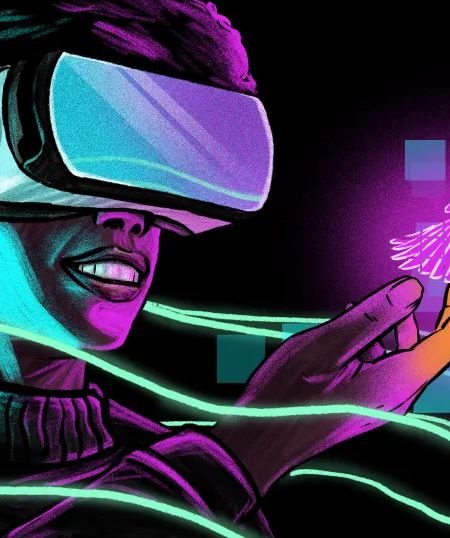 Illustration: Benjamin Currie/Gizmodo In an ideal world, virtual reality would be just like regular reality, except without regular reality’s annoying restrictions on human flight, teleportation, endless/consequence-free consumption, etc. As it is…
msensory team
Love0 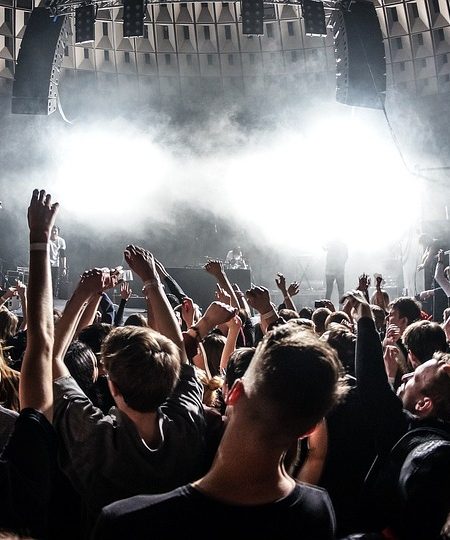 It begins on April 25 with Gue Pequeno, but it is only the first event in VR of the cartel of the Italian app UnReal Club, which wants to make…
msensory team
Love0 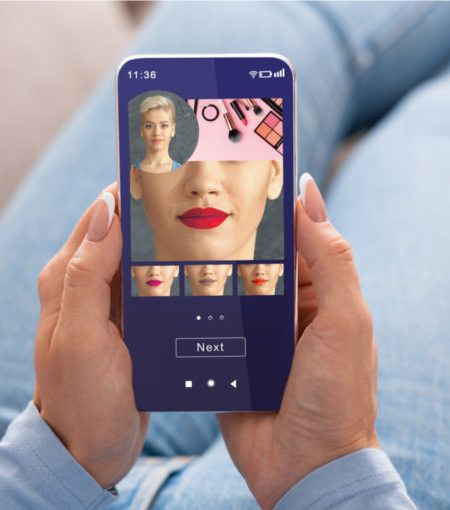 With augmented reality, consumers can connect with brands on a more emotional and empathic level Today, it has become almost common to see augmented reality capabilities as a marketing tactic…
msensory team
Love0 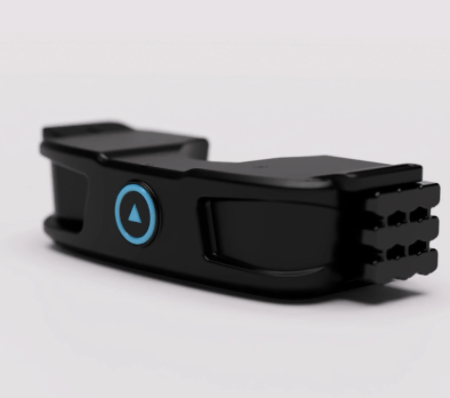 OVR Technology — the ION! Semi-recently, I wrote an article about Smell-o-vision in books and movies. And the end result of that article was I was contacted by two different companies that…
msensory team
Love0 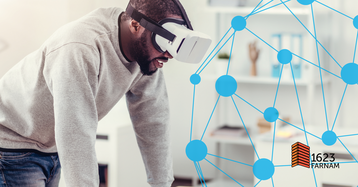 – 1623 Farnam It’s been forecast that the worldwide market for Augmented Reality (AR), Virtual Reality (VR) and mixed reality will expand to nearly $300 billion by 2024 — a staggering level…
msensory team
Love0 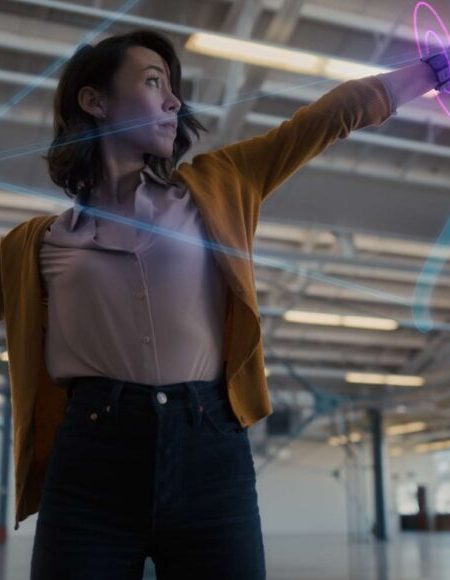 When it comes to how we interact and control the digital world around us, the next 10 years or so – maybe sooner? – are going to offer some exciting…
msensory team
Love0
Augmented + virtual realityEntertainment
19/03/2021

LONDON (Reuters) - Interest in cybersex is soaring as the pandemic has left people subject to lockdowns and travel bans and unable to seek intimacy in the usual ways, according…
msensory team
Love0 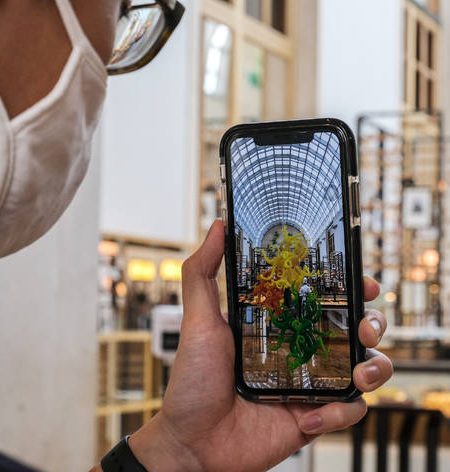 Photograph: Kashmira Kasmuri At The Ritz-Carlton in Singapore, the artwork comes alive The hotel has created a self-guided, virtual reality experience that brings its stunning collection of art pieces to…
msensory team
Love0 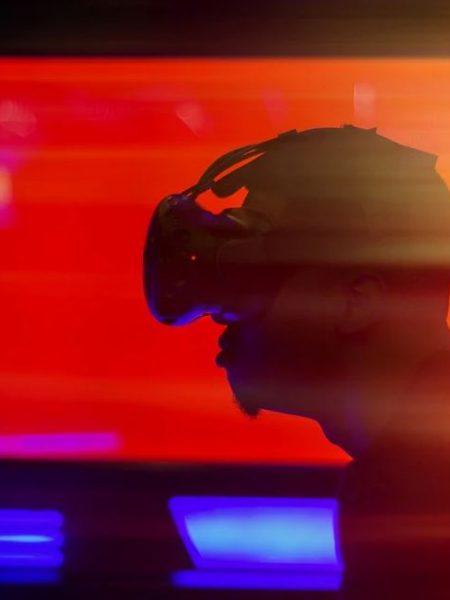 Virtual reality (VR) has been around since at least the 1950s, with Morton Heilig's invention of the Sensorama. This mechanical device presented multisensory information to users, enaging the visual, auditory, olfactory, and…
msensory team
Love0 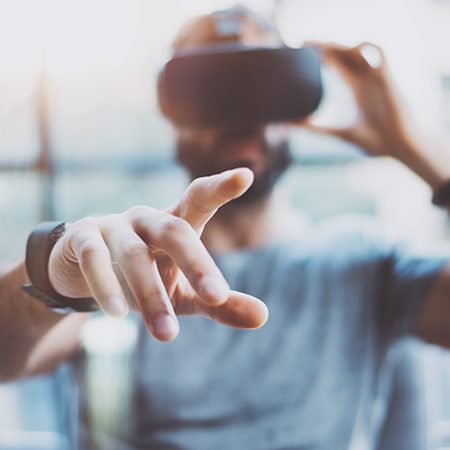 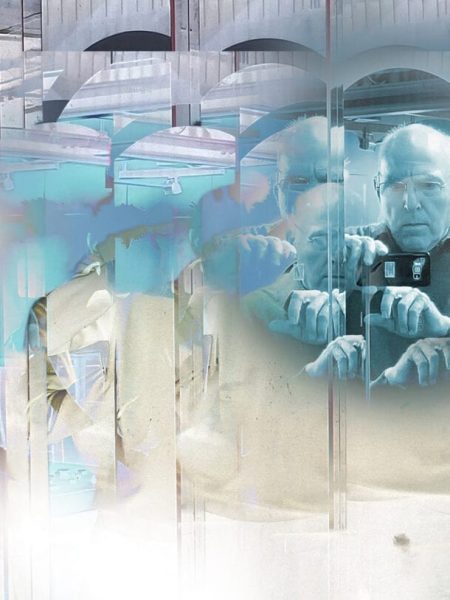 Denton's virtual reality from Facebook In the age of working remotely, a virtual world unnoticed for years allows for creative engagement among individuals with Parkinson’s disease. Research behind the effects…
msensory team
Love0
Augmented + virtual realityInteresting
05/02/2021

VR could enable food manufacturers to quickly test things like on-pack claims and even shelf positioning against consumer shopping habits.Source: Virtual reality supermarkets could be a game changer for product…
msensory team
Love0 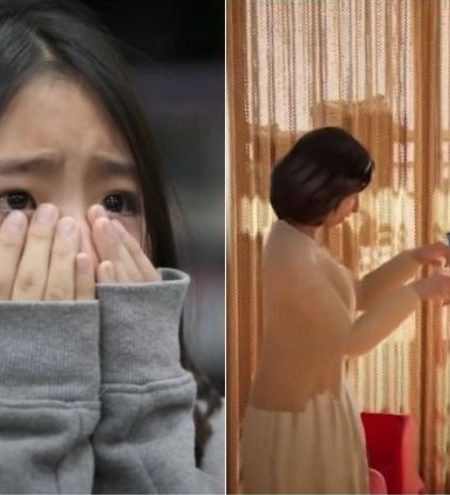 A man from South Korea was caught on camera breaking down in tears after reuniting with their deceased wife through virtual reality. Watch the video below: Technology is changing the world and…
msensory team
Love0 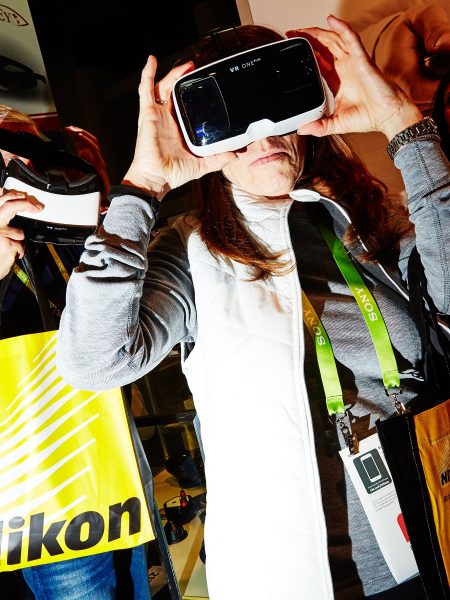 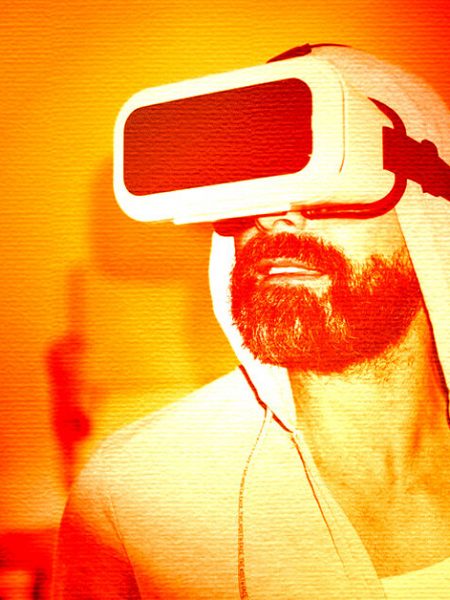 Time to open up to new solutions. Andrea Hak Emerging tech like AI, robotics, IoT, blockchain, and machine learning are kicking our organizations into high gear by catapulting our ability…
msensory team
Love0 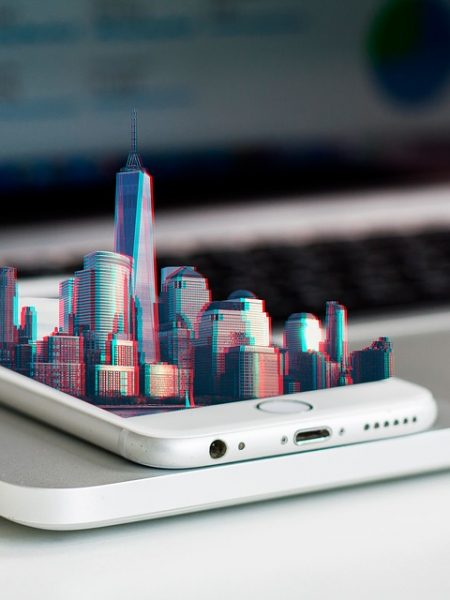 Meetings conducted via holographic images and virtual reality will never substitute for the business lunch. That shared experience of munching tapas or quaffing Rioja has been an essential lubricant for…
msensory team
Love0 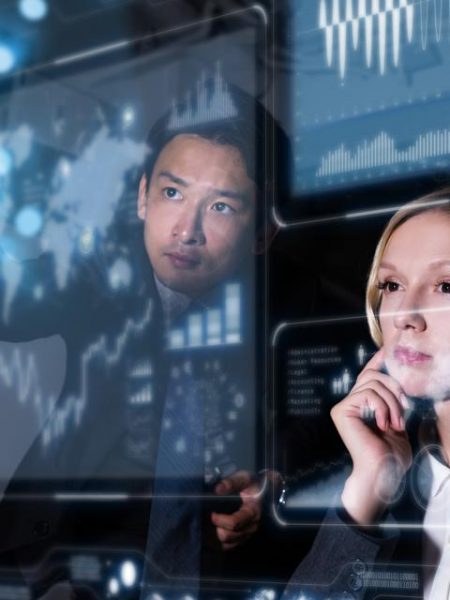 AI recommendations are still at a basic level. GETTY Trust is the glue that holds enterprises and processes together, and lately, more of that trust has being relegated to artificial…
msensory team
Love0 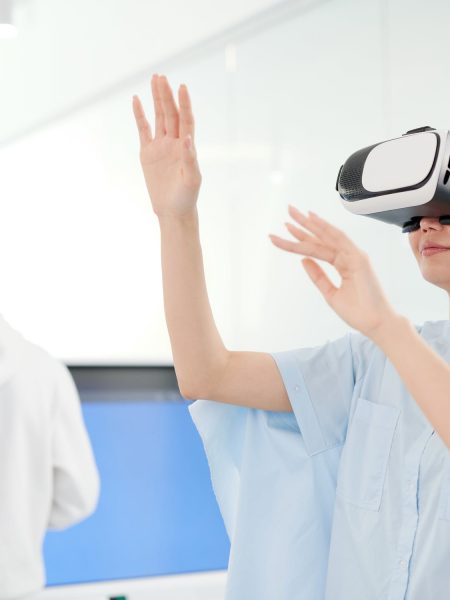 The advent of virtual reality (VR) in healthcare will allow medical professionals to ensure the physical and mental well being of their patients. The Tribeca Film Festival recently showcased a…
msensory team
Love0 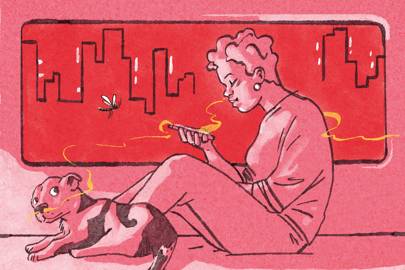 LUIS MENDO Scents and smells provide us with unique clues about the environment but, unlike animals or plants, humans massively under-use this wealth of olfactory information. This will change in…
msensory team
Love0 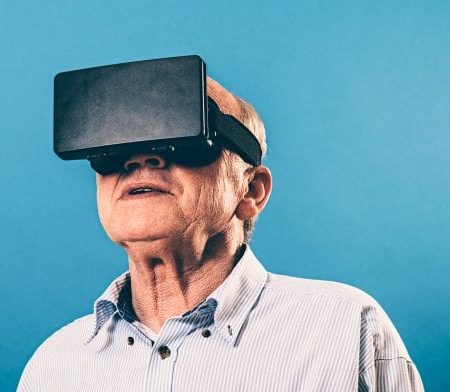 © iStock/mikkelwilliam A new study has developed a novel, wearable rehabilitation device that uses virtual reality to increase brain connectivity. The study, carried out at one of the Research Centers…
msensory team
Love0 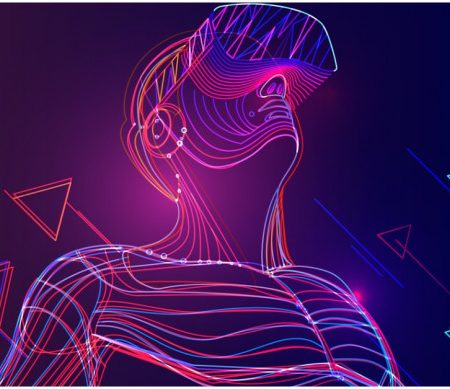 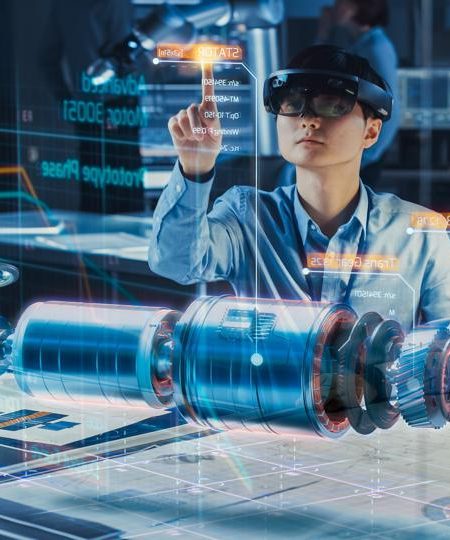 The Future Of Virtual Reality (VR) ADOBE STOCK You might think you’ve experienced VR, and you might have been pretty impressed. Particularly if you’re a gamer, there are some great…
msensory team
Love0 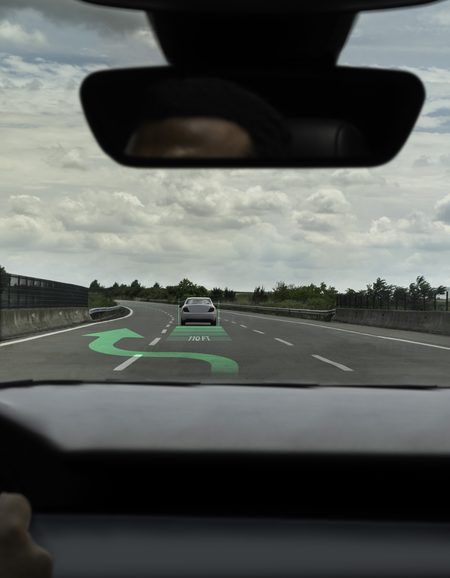 Augmented reality heads-up displays in vehicles can improve situational awareness by locating in a driver's line of vision graphics that interact with and augment objects in the real world.(sefa ozel/iStock/Getty…
msensory team
Love0 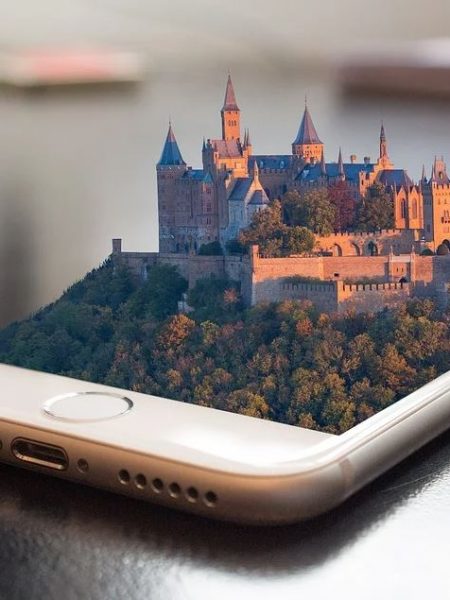 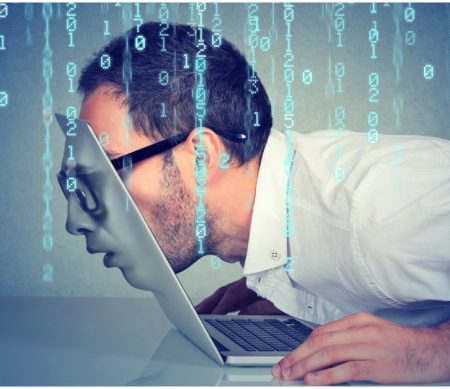