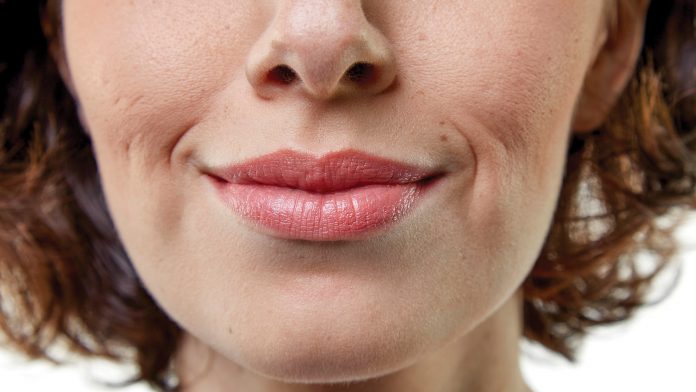 With a range of diagnostic and environmental uses, SciTech Europa takes a look at the different applications for artificial olfaction.

The olfactory system (otherwise known as ‘olfaction’), occurs in the nose and forms a sense of smell. Olfaction has various purposes, including smelling food, detecting hazards, and also pheromones. Olfaction happens when an aroma compound (also refereed to a chemical compound which have an odour) binds, in the naval cavity, with odorant receptors (olfactory receptors).

Over recent years, there has been an increasing amount of research surrounding artificial applications for olfaction. Artificial olfaction (also known as ‘machine olfaction’) is a type of technology which features a sensor array which can both receive and evaluate different odours. Most recently however, artificial olfaction technology has developed different sensor arrays that replicate important organs of human olfactory system. This includes systems such as: the olfactory epithelium, cortex and nerve.1

When it comes to clinical diagnosis, there are a number of different compositions that can be analysed, such as the human fluids: blood and urine. However, recently it has been discovered that another effective application of artificial olfaction is for the analysis of human breath. Human breath consists of various Volatile Organic Compounds (VOCs). These are a type of organic chemical that can provide information regarding health conditions such as infections and metabolic diseases.

Therefore, researchers have developed electronic noses which use ““biological recognition based on living cells, proteins, or peptides”. This tool can then be used to “detect physiological or biochemical processes with high sensitivity and selectivity.”2 This process works because the electronic nose is “integrated with synthesised peptides designed by simulating the three-dimensional structure of the OR docking with volatile molecules for the detection of odorant biomarkers of the uremia. In particular, for the rapid diagnosis of lung cancer, much effort has been devoted to the investigation of electronic nose systems to analyse the exhaled breath, which is essential to early treatment.”

Interestingly, artificial olfaction applications can also be used to detect instances outside of the human body; such as in packaged food. In 2012, a study by Panigrahi et al. demonstrated that an olfactory-based biosensor could be effectively used in the detection and monitorisation of foodborne pathogens in packaged food. The study used “a quartz crystal microbalance (QCM) system coated with olfactory receptors to recognize acetic acid, which is associated with Salmonella contamination of packaged meat. Synthetic polypeptide molecules were attached on a QCM electrode and the olfactory receptor-based synthetic polypeptide sensor was evaluated for detecting acetic acid in low concentrations at 10–100 ppm and at room temperature.”3 The demonstrated that the OR-based QCM system could effectively be used for the detection of packaged meat spoilage and contamination.

In addition to this, Prof Mina Hoorfar from University of British Columbia (UBC) told nature scientific reports: “Our nose affects the quality of our lives significantly and helps with the detection of toxic gases in the environment, fire awareness, spoiled food, or triggering memories. With this in mind, there has always been interest in developing devices that can mimic human olfaction systems.”4

Other artificial olfaction applications include the detection of environmental chemical pollutants. A report released in 2018 by T. Dung and O. Yunkwang et al. explained that: “Bio-electronic nose technology, which is based on the combination of gas sensor technology, [has] the ability to detect a wide range of organic and inorganic vapour, especially chemical pollutants, and bio-interfacing technology.

“These devices are based on a variety of operational principles and can be used to control chemical pollution in many environmental applications. They can be widely applied to environmental monitoring of urban pollutant emissions for the purposes of air pollution monitoring, early or real-time area monitoring via sensor monitoring networks, mapping of chemical plume dispersion to detect fires at chemical-storage facilities and maintaining chemical security at harbour entrances or importation ports.”2

In an interview with Ruhr University Bochum, cell-physiologists Prof Hatt and Dr Maßberg said: “Unfortunately, the activating odorants of only about 50 of the 350 human olfactory receptors have been identified to date”. Hatt went onto explain that it should be an essential goal for research, “to find the relevant signalling pathways, and to shed light on the function of receptors in a living body.”5

“Another major challenge is transferring basic-research findings into clinical applications,” explains Hatt. “In future, deploying odorants for activating or blocking receptors will open up a comprehensive and effective broad spectrum of novel therapeutic approaches in the field of pharmacology.”

However, there are positives surrounding research on artificial olfaction. For example, the olfactory system is structurally similar to other areas of the brains (especially the hippocampus and cerebellum) of various other species. The reason for these similarities is mostly because “olfactory is an ancient system whose history can be traced back to the biological experience of bacterial organisms, and all organisms use some form of olfactory to explore the surrounding environment.”6

Does scent keep you in the mall for longer? The link between aroma and retail therapy | The National News

Taste, smell, hearing … INTERNET OF THINGS takes on all these senses | The Times Hub

Do perfumes expire? Signs your scent may have gone off | Woman & Home

The Subtle Art of Scent Marketing – All You Need to Know! | Daily Hawker

Why Are We So Obsessed With Celebrity Scents? | Bustle

London Underground: When Tube bosses tried to change the scent of the trains – and the reason it didn’t work | MyLondon

The Power of Scent in Retail

How Scents Affect Mood And Happiness, According to Experts | HelloGiggles

Yoga is almost like music in a way; there’s no end to it