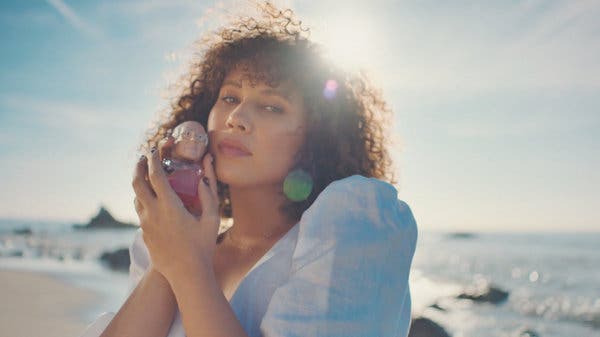 The Scent of Bernie Sanders | The New York Times

President Trump and Michael R. Bloomberg, the former New York mayor, are not the only presidential candidates getting their own commercials during the Super Bowl on Sunday.

Off-platform (which is to say, off network TV) and online, where the social media set lives, there will be another spot, one far more unexpected. Those checking the football score may come across it, posted on Twitter, YouTube and other big platforms.

Young women, and one black man, in lacy white dresses cavort in slow motion in a rose-strewn field, their hair blowing softly in the breeze, caressing a fragrance bottle with a topper borrowed from a Bernie Sanders bobble head.

A Bernie Sanders fragrance ad? A soft-focus scent commercial for the famously least-groomed candidate in the field? Is this a joke?

Well, yes and no. It is an attempt, said Amber Schaefer, a Sanders supporter, comedian and commercial director, to illustrate that Mr. Sanders has a broad support base. While the so-called Bernie Bros — the men, mostly white, who are ardent Sanders fans — get most of the attention, Ms. Schaefer’s spot aims, via a spoof of stereotypically feminine beauty products, to illustrate that there are plenty of female supporters as well.

Along with another social media campaign that started as a joke but then took off last week, #HotGirlsForBernie (which gave rise to #HotBoysForBernie), the perfume ad reflects the point of view of a younger, more diverse demographic.

“Visual story telling matters,” said Ms. Schaefer, who is 33 and lives in Los Angeles. “I wanted to use my skill set to make something that would reframe the narrative around Bernie Sanders’s supporters in a more real way that wasn’t just statistics, but also be funny.”

The spot, which is not officially connected to Mr. Sanders’s campaign, is the sibling of another ad, released earlier this week, which featured the same soft-focus romping but on Malibu Beach. Young women stared seductively into the camera as they sprayed themselves with the Bernie scent — and set fire to their student loan bills and ripped up a medical invoice.

Against the cooing strains of elevator tunes, Mr. Sanders’s gruff voice can be heard announcing: “We are going to win the Democratic nomination.” 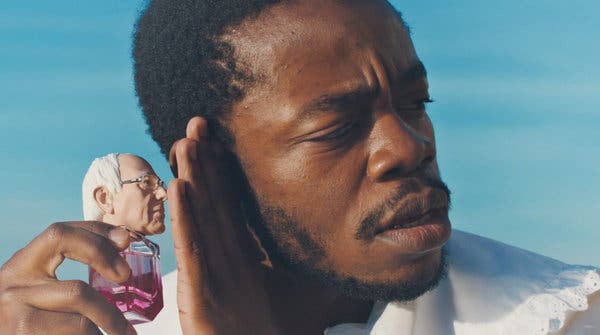 Under the video is the tagline — “Live the sweetness of democratic socialism with the new Eau de Toilette for not me, us” — and a collection of scents: Eau de Green New Deal, Eau de Expand Social Security, Eau de Housing for All.

Each has a “Discover Now” button, but instead of taking you to a page that describes the contents of the fragrance, it takes you to a page where you can donate to Mr. Sanders’s campaign.

The commercial was filmed in early January and made by volunteers (Ms. Schaefer put out a call for help on Instagram). It’s classic grass roots guerrilla marketing, and while it will never reach the number of people a Super Bowl TV ad can (the 2019 game had 98 million viewers), it may still get some serious attention. The other candidates may take a look, too.

After all, traditionally the men and women running for higher office and those that advise them have stayed, at least publicly, as far away from issues of fashion and beauty as possible.

They may spend hours behind the scenes discussing the importance of a tie choice or a jacket color, but on camera they dismiss such conversation as demeaning and superficial. Conventional wisdom says that to be seen thinking about such issues at all at a time when you could be thinking about world peace or the climate crisis is to damage your image.

Yet, such issues are also accessible to all. The real question is not whether a candidate thinks about them (duh: of course, they are human) but how they think about them. And use them as communication tools.

By choosing a fragrance ad — the kind everyone has seen and rolled their eyes over — to make a joke, but also a point, by using it as a deceptively funny way in to a more complicated conversation, Ms. Schaefer has shown how effective that can be (of course, she did once run a comedy night at Max Fish, a bar in Lower Manhattan).

The only other candidate in modern times who understood this was Hillary Clinton. After years of complaining about commentators talking about her hairdos, she did an about-face and began to joke about it. She said she wanted to call her memoir of her time as secretary of state “The Scrunchie Chronicles,” and noted that she was the only candidate whose hair would not turn gray in office, because she dyed it.

All of a sudden, everyone could relate.

“Usually when you see a political ad, it’s a montage of stock footage behind a head talking very seriously to the camera,” Ms. Schaefer said. It’s worthy, but also familiar. “Making this was really cathartic.”

This election is one that, by pretty much any measure, is not exactly occurring according to all the old rules. Maybe it’s time we all woke up and smelled the — coffee? roses?

Vanessa Friedman is The Times’s fashion director and chief fashion critic. She was previously the fashion editor of the Financial Times. @VVFriedman

Source: The Scent of Bernie Sanders – The New York Times