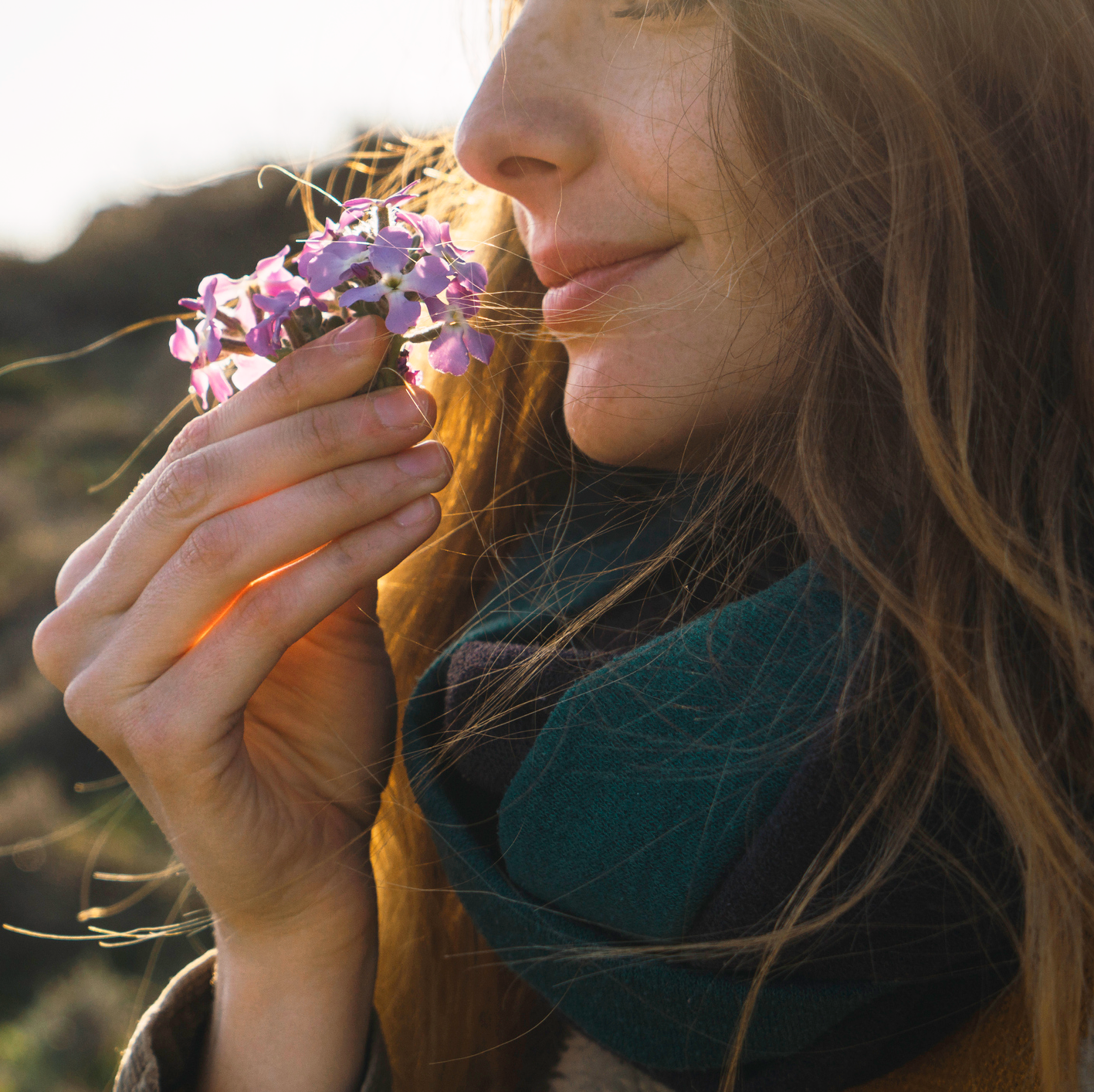 Walking by a park, the smell of fresh-cut grass instantly transports me back to the relaxed, carefree Saturdays of my childhood. I’m overcome by nostalgia as I recall the countless weekend mornings spent on the fields of outdoor youth sports. More than a specific memory, it’s the feeling of Saturdays at the park I recall so clearly.

Smell, more than any of our other senses, has the profound ability to spontaneously evoke strong memories, transporting us back to the time and place of the original experience (a phenomenon referred to as the Proust effect).

For example, when you catch a whiff of a special dish your grandmother used to make, and you’re immediately carried back to her kitchen during the holidays. Or how the smell of a certain fragrance triggers memories of a past romantic partner. Or the way the scent of sunscreen floods your brain with feel-good memories of your favorite beach vacation.

Extensive research shows that these smell-induced memories are more emotional and evocative than recollections elicited by other sensory stimuli, such as sight or sound. They also tend to be older, flooding your brain with feelings of childhood.

So, why do smells trigger strong memories and emotions?

Neuroscientists agree that a scent or odor’s unique ability to evoke particularly emotional memories is in large part due to the brain’s anatomy. Simply put, the parts of the brain where smell is processed and the regions of the brain responsible for processing emotions and memories are intertwined in the same general structure.

“In fact, what’s known as the amygdala-hippocampal complex—which is where emotions, memories, and associations take place—is also the primary olfactory cortex,” explains Rachel Herz, Ph.D., cognitive neuroscientist, author of The Scent of Desire, and leading expert on the psychological science of smell.

OK, stay with us: Olfaction is the scientific word for sense of smell. And as a result of this unique, intimate, and direct connection between the sense of smell, emotions, memories, and associations (unlike any of our other senses) fragrances have the ability to evoke instant, immediate emotional recollections, feelings, and thoughts, says Herz.

What’s more, the olfactory system (underlying our sense of smell) is physiologically linked to the systems in the brain that mediate emotions and emotional memory more directly than any other sensory system, says Pamela Dalton, Ph.D., M.P.H., an experimental psychologist and faculty member at Monell Chemical Senses Center.

All other sensory information (what you see, hear, taste, or touch) is processed through the thalamus (a.k.a. the brain’s “sensory switchboard”) before being relayed to the relevant brain regions, but odor information takes a direct route to the emotional and memory centers of the brain: the amygdala and hippocampus.

Why do scents often remind us of childhood?

“Smells don’t evoke anything specific unless we’ve had an experience with them,” explains Herz. “Your specific personal history is what’s going to elicit a particular emotion or memory for a given smell for you.”

The first time you experience a smell is most likely the point in time in which a strong connection between that scent, its meaning, and an event is formed. And considering most things happen for the first time in childhood—most of our memories evoked by smells are tied to our earlier years, she says.

However, they don’t have to be. Fragrances you encounter for the first time later in life, like perfumes and colognes, also have the same lasting impact. But once an association has been made, at whatever age, forming a new one is difficult to do.

“Once formed, odor memories are resistant to extinction or being associated with something new, which is probably why so many emotional memories are centered in childhood,” says Dalton.

Interestingly, smell has the ability to elicit a strong emotional response without the recollection of an explicit memory. Sometimes it’s just the feeling we recall.

When you encounter a smell tied to something meaningful in your past, you first feel the emotion followed by a cognitive recognition, information that was stored in your brain. Often that happens quickly, but sometimes it doesn’t happen at all, and other times it can happen after some extensive searching in your brain, Herz says.

Smell is the only sense that appears to work like that. All of our other senses are what Herz refers to as top-down: You recognize the stimuli cognitively and then the feeling follows, no matter how immediate.

All of this has exciting implications for the sense of smell’s role in our mental health. “Our sense of smell is a powerful mediator of emotions and well-being,” says Dalton, explaining that we can train ourselves to become relaxed in the presence of a scent that’s been associated with calm feelings. “Simply having the ability to re-sniff that odor in a tense situation can act as a surrogate for reducing stress.”

So, the next time you encounter a smell that makes you feel good, let yourself linger in the past for a moment.

Source: Why Smells Can Trigger Powerful and Emotional Memories