Plane journeys aren’t usually known for their sweet smells, with B.O, cabin toilets and microwave meals more likely to waft up the nostrils than the roses or patchouli.

But that could all be about to change, with in-flight perfume now a big trend in the aviation industry.

Some commercial planes already release scent into the air on flights, but more and more airlines are now following suit to provide an improved experience for passengers.

In-flight perfume is now a big trend in the aviation industry, helping to mask bad odours on planes

It is thought that a signature smell will promote brand loyalty among travellers, as an airline scent will help to remind them of previous trips with an airline.

In 2013, Turkish Airlines commissioned a special scent called TK 1933 and began to use it in their carriers to ‘produce feelings of trust, peace, happiness, serenity, and pleasure’.

The French aerospace group Zodiac Aerospace, which makes systems and equipment for aircraft, is now set to transform the airline scent market with a diffusion system called ‘Five’ that will allow companies to scent a passenger’s entire journey. 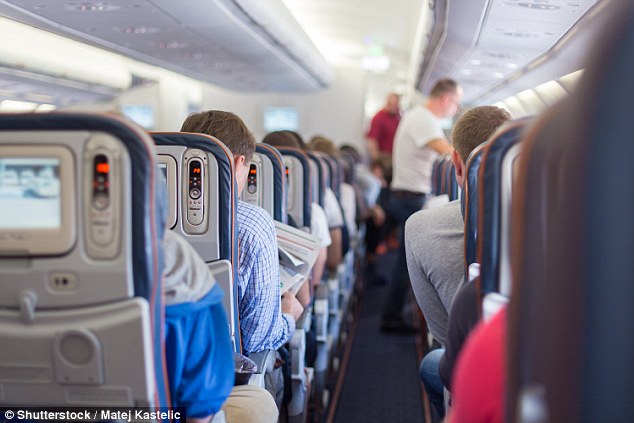 A new diffusion system will allow airlines to scent a passenger’s entire flight by pumping perfume into boarding areas, cabin trolleys and toilets

A company spokesperson said: ‘Flight operators can finally engage all five of their customers’ senses and complete the passenger experience.

‘Five can be integrated into boarding areas, downstream of cabin air vents, and inside trolleys, premium seats, galleys or lavatories to create a positive first impression, a unique cabin experience and prevent [bad] odours.’