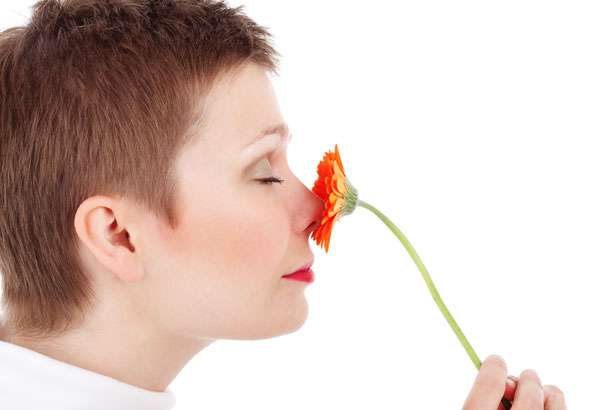 Our noses may be able to adapt themselves to tell the brain, as efficiently as possible, about the most typical smells in our environment, suggests new research published in eLife.

The findings contribute to our understanding of how and why the mammalian nose adapts to smells. They could also help us understand how decreases in the number of neurons in the nose over a lifetime affect our sense of smell as we age.

The nose senses smells when molecules drift from nearby objects and activate specialised cells called receptor neurons. In the noses of mice, there are about 10 million receptor neurons which are split into over 1,000 types that each respond differently depending on what molecules they detect. Each receptor neuron is activated by many different smells, and each smell activates many different types of receptors. This means that to understand a smell, the brain needs to read the overall pattern of activation, or ‘coding’, across the different receptor types.

“Some types of receptor neurons in the nose are used more often than others, depending on the animal’s species,” says lead author Tiberiu Tesileanu, Associate Research Scientist in the neuroscience group at the Center for Computational Biology at the Flatiron Institute, US. “Recent experiments have also shown that the way different receptor types are used can change when animals are exposed to different smells. In our current study, we set out to explain these findings and build a model that can predict the observed biases in how receptors are used.”

Tesileanu and his team, Simona Cocco and Remi Monasson from France, and Vijay Balasubramanian, US, built a model for the distribution of receptor types. The model assumes that the nose can adapt itself to tell the brain, in the most efficient way possible, about common smells in our surroundings. “For instance, the receptor types activated by variable smells are important because they convey a lot of information to the brain about this variability, and are more abundant in the nose because of this,” Tesileanu explains. “To our knowledge, this is the first time that such ‘efficient coding’ ideas have been applied to explain patterns in the use of receptor neurons by the nose.”

He adds that theoretical and experimental scientists will need to do more work to measure the kinds of smells that are typical in our environments, and how human receptor neurons detect them.

Additionally, given the amount of information available regarding the relationship between receptors and natural odour statistics, further experiments could be designed that change the environment in specified ways and then measure the change in the amount of receptor neurons in the nose. “Comparing the results of these experiments to the changes predicted by our model would provide a strong test of how well these neurons take information to the brain when they first detect a new smell,” concludes senior author Vijay Balasubramanian, Cathy and Marc Lasry Professor at the University of Pennsylvania, US.

Source: Scientists provide new insight on how the nose adapts to smells

Taste every fruit of every tree in the garden at least once. It is an insult to creation not to experience it fully. Temperance is wickedness.