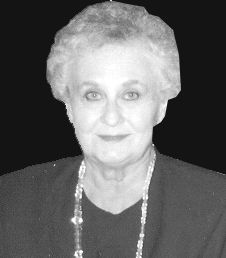 What triggers a memory… | charltoncountyherald.com

Recently, old friends joined us for supper. Not long into the conversation, we had begun to play, “the remember when game.” Remember when…What a fun evening we had catching up on each other’s news and reminiscing about times when our children were young; when, the wife and I both taught school – she kindergarten; I high school; when the husbands worked for the same company.

Memory has long fascinated me. I stand in awe of the way an incident from the long ago past can inch its way into a seemingly unrelated present.

But, I really became intrigued with the subject while visiting our daughter and binge watching Season Two of “Anne with an E,” a Canadian series loosely based on Lucy Maud Montgomery’s Anne of Green Gables. (I’m now a believer that binge watching anything is dangerous for one’s mind.) We had started watching the series while the family was in Newfoundland and have continued whenever we had the chance. In watching one episode after another, a particular characteristic of this programming captured my attention. Throughout the series, uncomfortable events for the heroine trigger unpleasant memories of the early 20th century orphanage where she had spent her childhood years. The repetitiveness of these scenes made me wonder what actually triggers memories.

Of course like with Anne, a new experience, good or bad, can always evoke a memory of a similar time. Often such a memory can aid in our response to the unfamiliar.

In researching, I find lots of theories, but nothing absolute. Shared memories, such as the ones we enjoyed with our friends, can offer the most details. One specific cited by a person can prompt a new detail in the mind of another. Researchers find this especially works with couples who have shared experiences for a half century or more. Bob and I certainly enjoy revisiting travel adventures. I am grateful we could share the original trip and now the memories of it.

I agree with Lionel Hampton, “Gratitude is when memory is stored in the heart and not the mind.”

The other main stimulants of memory come through our senses of seeing, hearing, smelling, tasting and feeling. And of these five, the sense of smell most often arouses memories; it’s called the Proust effect. After 20th century French novelist, Marcel Proust smelled Madeleine cookies, he wrote pages about the memory the aroma prompted.

Ana Sandoiu, writing for Medical News Today, says, “little did he know that he was helping uncover a new area of neuroscientific study. Decades later, researchers hypothesized that the exceptional ability that smells have to trigger memories — known as ‘the Proust effect’ — is due to how close the olfactory processing system is to the memory hub in the brain.”

We use memory, the faculty by which the mind stores and remembers information, for study. We use memory to build new knowledge on already acquired knowledge. We use memory to challenge, sometimes correctly, often incorrectly, what we believe to be true. In addition to storing those fond remembrances, memory can also prick our conscience. Hopefully because of such reminders, we avoid repeating mistakes.

I’m not the only one to ponder the multipurpose of recall. Elie Wiesel reflects, “Without memory, there is no culture. Without memory there would be no civilization, no society, no future.” This Buchenwald survivor reminded us that we cannot forget. We must never repeat the history of the Holocaust.

Today, a number of my friends and relatives suffer from dementia. Such loss makes me even more curious about memory. Both in the United States and the United Kingdom, people over 50 now rank dementia as the most feared disease. I join that crowd. Each day, new discoveries, new treatments are tried, but scientists and doctors have yet to find a prevention.

Oscar Wilde says, “Memory…is the diary that we all carry with us.” I am saddened that so many I care about have lost their diaries.

Jamie Denty can be reached at jamiedenty@darientel.net. Please visit:  “From My Back Porch” at jldenty.wixsite.com/jamiedentycolumns. A “new” old column is published most Mondays.