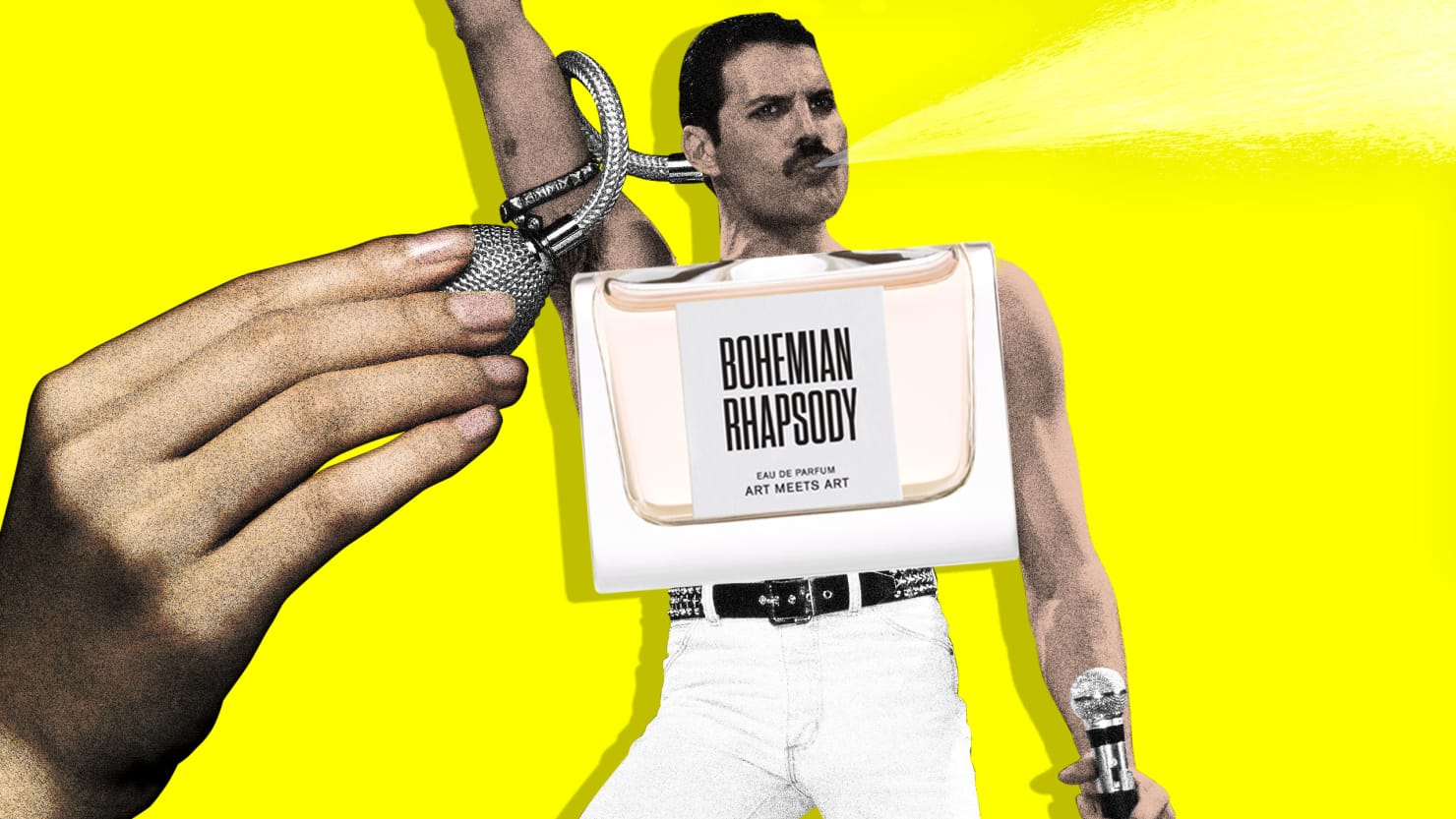 The perfume sits rather un-subtly on my nightstand. In thick black capital letters, its label reads, “Sexual Healing.” Nearly everyone who sees the fragrance—friends, dates, even the ConEd employee dispatched to set up my internet—whips out their phone to take a photo of the cheeky sentiment.

If you ask Ali Kashani, founder and creator of Art Meets Art, the label that released this fragrance by Christophe Raynaud, Sexual Healing smells like “a gourmand and spicy honey accord that melts with tobacco absolute and vanilla.”

If you ask me, it smells like the idealized suburban basement where America’s youth collectively took their first cigarette puff. One inhale of “Sexual Healing,” and I’m 14 again, doubled over into a five-minute coughing fit, but feeling very impressed with my hijinks nonetheless.

Scents and memories are intrinsically linked. In 1998, neuroscientist and expert in smell psychology Rachel Sarah Herz proved that memories triggered by odor are “always more emotional” than ones prompted by words, pictures, touch, or music.

That could be one reason why the act of walking through department store beauty counters, which stock Chanel No. 5, Elizabeth Taylor’s White Diamonds, or whatever perfume your grandmother wore, can turn into a nostalgic event.

New labels like Art Meets Art, which dropped this summer, are starting to capitalize on all of your feelings. Rather than just drop a “vanilla” or “caramel” scent, enterprising labels are releasing fragrances based on experiences, moments, or memories.

Along with “Sexual Healing,” Art Meets Art’s lineup includes “Like a Virgin,” “I Put a Spell On You,” “Lilac Wine,” and “Besame Mucho.” A sixth scent, “Bohemian Rhapsody,” fortuitously dropped last month,  just in time for Freddie Mercuryfans to spritz on before attending the new biopic of the same name.

Kashani had to purchase licensing rights for all of the song titles. He declined to tell The Daily Beast just how pricey that endeavor was. However, he said concept of pulling scents out of songs felt like a no-brainer.

According Frank Voelkl, who created Bohemian Rhapsody, “A lot of the vocabulary we use in fragrance to describe a scent are borrowed from the world of music. We talk about chords, notes, melody. There is a way to use certain ingredients that are noisy and more outgoing versus some that are soft.”

What, you ask, is an outgoing, friendly, extroverted scent? “Patchouli is very loud to me,” Voelk explained. “I would also put an orange note or a strawberry in the category of loud ingredients.” Musks, incense, and amber are softer, as those sit close on your skin, rather than waft as you walk.

After working at Revlon, Molton Brown, L’Oréal, and the cult Paris house L’Artisan Parfumeur, Nick Steward founded Gallivant, a London-based indie perfume house that creates scents based on his favorite cities. Istanbul, Brooklyn, Berlin, London, and Tel Aviv have all been bottled up. So has Tokyo, where Steward has made 25 visits, and Amsterdam, where he has touched down 47 times.

Steward, who cannot drive, told The Daily Beast that he was inspired by long walks and bike rides through his favorite towns. “These are very personal moments that celebrate the unhidden, quiet, little corners,” he described.

It’s common for big perfume retailers like Sephora or Ulta to group their goods by scent, but Steward believes customers care increasingly less about imitating one specific note.

“I just don’t think the ingredients list conversation is that interesting anymore,” he explained. “People just want to feel perfume. With great music, you don’t go to a concert and think, ‘OK, I’m detecting an A flat.’ You’re just trying to feel the music inside of you, and I think people want to feel perfume in that same way.”

After working in public relations, this year Kristi Moe launched Zodica Perfumery, a collection of 12 scents inspired by star signs. The Monroe, Wisconsin-based entrepreneur has definitely seized her moment: as a stream of think pieces are more than happy to tell you, millennials are chomping at the bit to tell you that they’re such a Sagittarius, or their new relationship just didn’t work out because he is a Capricorn Ascendant.

For those who believe that personalities are impacted by the zodiac, these scents can feel fiercely personal. “Instead of a scent that comes from a designers’ viewpoint, like you would with classic perfume, customers can interpret Zodica with their own experiences,” she said.

Moe said that when developing her research, she turned to a group of 150 women she had enlisted for trials with other brands. “I enlisted their help because I didn’t want to create something that I love but my customer didn’t,” she explained. “What I like doesn’t matter if it doesn’t sell.”

She sent her subjects unmarked samples of all 12 perfumes, and asked them to blindly rank their favorite. Moe’s goal was for 50 percent of women to list their star sign perfume as their favorite. “It blew me away—around 80 percent of the time, people preferred their sign over other others,” she explained.

Moe might call it cosmic. Naysayers will insist such emotional branding is just a good marketing ploy. How will you feel? That’s up to your nose to decide.