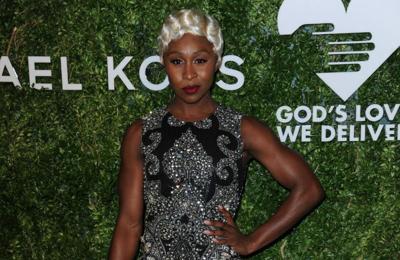 Cynthia Erivo gets a fragrance made for every one of her acting roles.

The ‘Bad Times at the El Royale’ actress finds scent to be a powerful “trigger” so finds it useful to get a custom perfume made to suit her characters.

She said: “If someone walks past you, even if you don’t register what they look like, they’ll have their own scent.

“I feel like it’s a good memory trigger.When I put it on, it’s a reminder of the character I’m getting into. For Celie in ‘The Color Purple’ (Broadway production), it was orange and cedarwood.”

The 31-year-old actress had an “intense” experience working on ‘Bad Times at the El Royale’ but learned a lot from her co-star Jeff Bridges.

Asked if she asked him for advice, she told Marie Claire magazine: “Yeah, I also learned by watching him work. When we met, we got together for a rehearsal and because his character in the film has Alzheimer’s, we wanted to understand where he was coming from. So we found a video of a woman who was having an episode and couldn’t remember what was going on. Afterwards, we turned to each other and just sobbed.”

She said: “It was intense. I don’t know why this sticks in my head but on the call sheet it said Jeff has 45 days on set. I had 43 days. And about 14 of those days were spent in ‘film rain’, which is like mutant rain compared to what you get in nature. I’m not sure how they get the drops of water to be that big but they’re huge.”

And working opposite Viola Davis on ‘Widows’ was also a learning experience for the British actress.

She said: “She’s a well of knowledge. Something magical happens when it’s time for her to be on screen, then in real life she’s just this very cool, funny woman.”