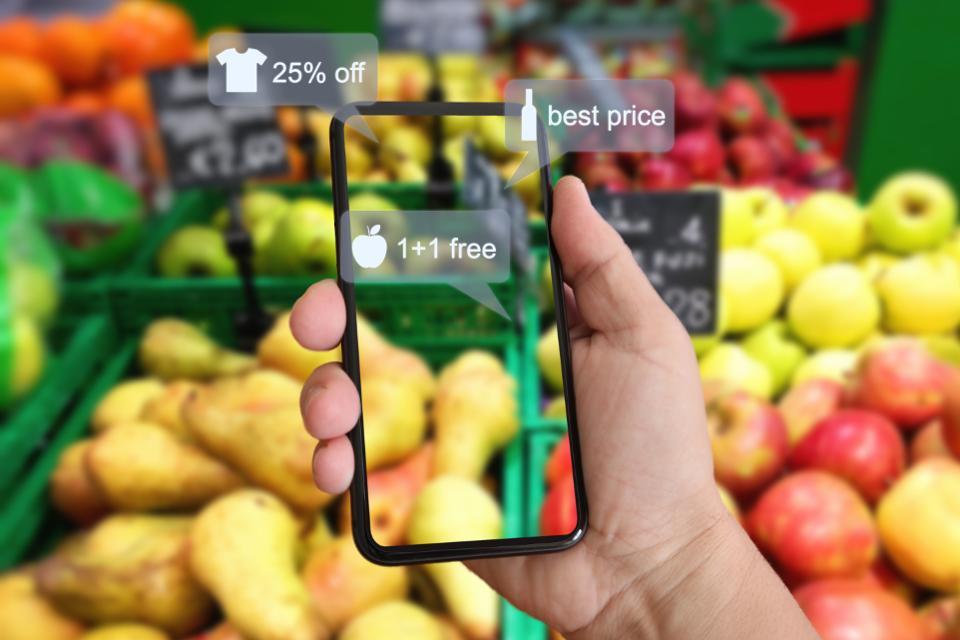 What Leaders Need to Know About Augmented Reality | Forbes

The consumer (and business) impacting potential of augmented reality (AR) is significant, making it one of the hottest topics for business leaders. Among enthusiasts, AR is a promising new technology that can help improve both the way business operates as well as how the consumer experiences products and services. For many, however, it is still a concept that hasn’t become a reality. To help shed light on the topic, I provide five must-read articles below.

What is Augmented Reality?

According to Ronald Azuma (2006), augmented reality “allows the user to see the real world, with virtual objects super-imposed upon or composited with the real world.” It essentially combines the real world with technological enhancements to create new insight and experiences. Porter and Heppelmann (2017) suggest that “AR transforms volumes of data and analytics into images or animations that are overlaid on the real world.” While the technology still faces many challenges, AR remains poised to vastly reshape the current landscape of human life.

Article #1: “A Manager’s Guide to Augmented Reality” by Porter and Heppelmann (2017)

Although AR is nascent, spending will hit $60 billion by the end of this year. It will impact everything from how we learn to how we work to how we collaborate and make decisions. The way that AR will magnify capabilities is by improving: 1) visualization (e.g., making it easier for healthcare providers to “find” veins), 2) training (e.g., machine operation can be taught using 3-D holograms rather than the commonly used 2-D renderings), and 3) interaction (e.g., wearing smart glasses, a retail employee could walk down a row of products and visualize the plan-a-gram and identify out-of-stocks or out-of-place products without lifting a finger). When the promise of AR is realized, there are many benefits, including: enhanced speed, greater accuracy, faster learning and capability development, more consistency across properties/stores/warehouses, more engaging consumer experience, and ultimately, better financial results.

Article #2: “Augmented Reality – The Past, The Present and The Future” by Interaction Design Foundation (2018)

This article provides a nice overview (in a 5-minute read) of the history of AR. They claim it was first started by a cinematographer called Morton Heilig in 1957 who invented the Sensorama (think about a visit to an amusement park where you enter a dark room to view a short clip and are provided with a multi-sensory experience through movement, scent, and sound). The goal was to layer sensorial elements to create a more moving experience. The authors then provide an overview of the current state of AR, essentially how and where they are being used to impact operations and experiences.

Article #3: “The Current Reality of Augmented Reality” by Shelly Palmer (2018)

“Augmented Retail” has emerged as a potential marketing tool for companies, such as IKEA, Wayfair, Lowe’s and Williams Sonoma. As an illustration of how this can change the consumer’s experience, consider the Google Translate app. Press the camera button, point the smartphone at something written in a language you don’t speak (e.g., a metro station map) and you generate instant translation. In 2019, AR headsets are expected to outperform virtual reality headsets, which currently dominate the sales market. Apple and Google project substantial growth in the use of AR software in their smartphones and other devices by 2020. And more companies (including Facebook, Amazon, Samsung, among others) have signaled significant investment in AR.

Although AR offers various innovative opportunities, the field still faces many challenges that inhibit the technology from becoming a mainstream staple of society. The article points out three major challenges: 1) there are hardware challenges, in particular short battery life and difficult usability in some contexts, 2) a lack of real versus theoretical applications (i.e., need more use cases), and 3) needs more innovators and users to drive efficiencies. Finally, and most important to marketers, the marketing of AR to consumers has failed to distinguish the technology/functionality or differentiate AR from virtual reality. People may not actually recognize augmented reality even when they are utilizing the technology in their product(note: as a marketer, I’m not sure that it matters if the consumer knows that it is AR – just that they value the benefit that the technology provides).

AR, may, according to the author, be able to play a critical role in society, especially for non-profits seeking to raise awareness around significant charitable causes. For example, the British National Service delivered a successful AR campaign for the 2016 National Blood Week. Through the use of computer-generated visuals, this campaign allowed viewers to experience how their blood donation could impact and ultimately save another’s life. AR can enhance current non-profit marketing methods by creating engagement, empathy, and action. As the commercial functions of AR progress forward, the social sector also benefits from the ability to create powerful non-profit campaigns to promote important charitable missions.

Special thanks to Wilkerson Anthony, a graduate from the University of Virginia’s McIntire School of Commerce (double major in Finance and Economics) for help with this article. I had the pleasure of working with Wilkerson for four years as he helped me on a number of research projects. There are few people who really love the process of research—the often difficult and tedious job of coding data all for the reward of unearthing heretofore unknown insight. Wilkerson is one these few. He will be missed but I one day expect to see him back at UVA as a professor.

3. Interaction Design Foundation (2018), “Augmented Reality—The Past, the Present, and the Future,” Interaction-design.org.

6. Speicher, Maximilian (2018), “What is Augmented Reality, Anyway?” The Conversation.com.

Source: What Leaders Need to Know About Augmented Reality