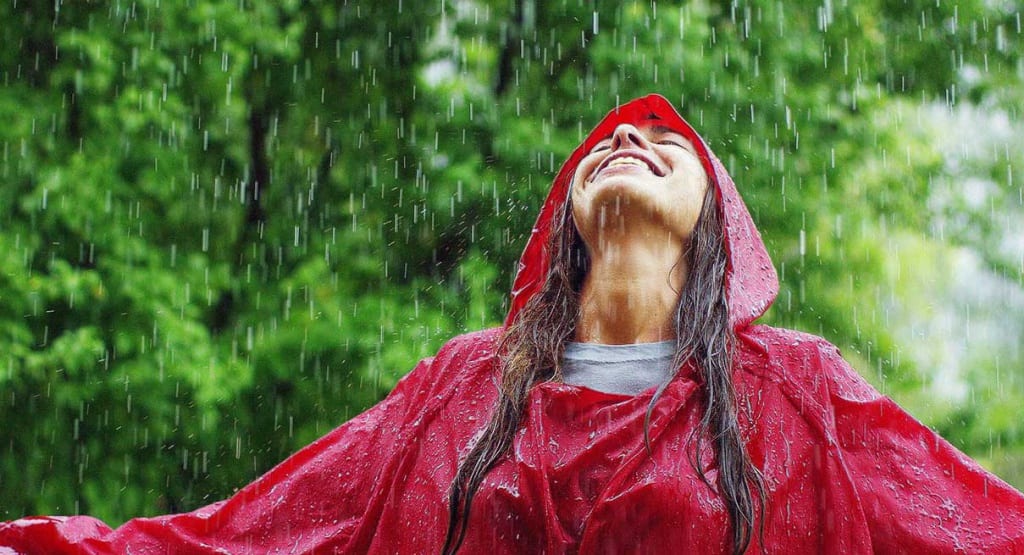 No matter where you live in America, the smell we often associate with a fresh rainfall has to do with geosmin, a chemical released by dead microbes called Streptomycetes bacteria. Photo by HQuality / Shutterstock

Scientists have unveiled new information about the smell associated with a fresh rainfall, according to a study published in Nature Microbiology. Volatile compounds that aid soil microbes appear to be responsible for odors after rainfall. Our sense of smell is incredibly sensitive.

A new research paper explains where the satisfying smell of fresh rainfall comes from—and why. “Volatile compounds emitted by bacteria are often sensed by other organisms as odors, but their ecological roles are poorly understood,” the published study says. “Well-known examples are the soil-smelling terpenoids geosmin and 2-methylisoborneol, which humans and various animals sense at extremely low concentrations. We show, in the present study, that these volatiles mediate interactions of apparent mutual benefit between Streptomycetes and springtails (Collembola).”

The ability of humans and other animals to smell geosmin in such trace amounts is nothing short of incredible—just one incredible function of olfaction.

What the Nose Knows

Our senses of smell and taste can aid our survival in many ways. One of the most obvious examples is that we can tell when food has spoiled, and without that ability, harmful bacteria could enter our bodies. The level of sensitivity to smell and taste is even more impressive than their functions.

“Our absolute sensitivity is typically characterized in units of parts per billion,” said Dr. Peter M. Vishton, Associate Professor of Psychology at William & Mary. “This is a very small unit of measure: One drop of ink placed into a larger tanker truck full of water would be about one part per billion.”

Different fragrances require different units per billion for humans to detect. Dr. Vishton said that for methanol, which is the main component of rubbing alcohol, we need 141,000 parts per billion. On the opposite end of the spectrum, we can detect menthol’s minty smell in just 40 parts per billion.

Our sense of smell can be life-saving, but sometimes we need a little help. In general, people aren’t aware that an early detection system for dangerous gas already exists in most American households.

“Many appliances, like gas stoves, run on a flammable gas called methane; if it leaks into the outside air, it can lead to fires and even explosions,” Dr. Vishton said. “Unfortunately, methane is odorless; we have no receptors in our olfactory system that respond to it. In order to make the detection of leaks possible, utility companies add a chemical called T-butyl mercaptan to methane.”

According to Dr. Vishton, gas companies use T-butyl mercaptan for two reasons. The first is that after it’s burned with methane, in the case of proper methane use, it leaves behind minimal odor. The other reason is how detectable the chemical is to our noses.

“Humans can detect this chemical at a concentration of only three parts per trillion,” he said. “Imagine if I had 1,000 tanker trucks of liquid now and put three drops of some material in them. Humans would still be able to smell that natural gas odor, even at that very tiny concentration. For the right substances, human olfaction is very sensitive.”

The wonders of the human sense of smell never cease, even—and especially—on a rainy day.