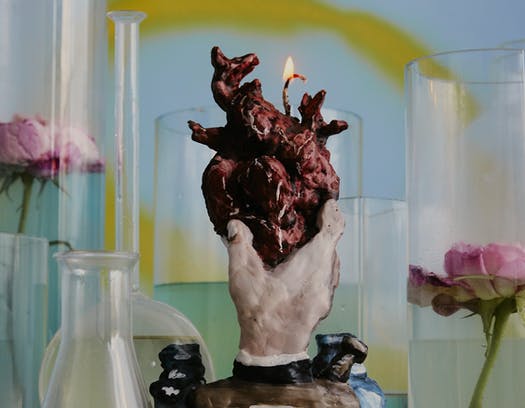 By msensory team06/01/2021No Comments
ERIK TANNER – NEW YORK TIMES
When William the Silent, Prince of Orange was killed in 1584, his physician rushed to embalm his body, to preserve it for eight to 10 years. A researcher recreated the scent with notes of myrrh, oregano, sage, olibanum, styrax, benzoe, lavender, thyme, rosemary, iris, rose and musk.

This might have been what Napoleon’s retreat from the Battle of Waterloo in 1815 smelled like. At least, these are some of the elements that Caro Verbeek, an art historian and olfactory researcher, incorporated into a project called “In Search of Lost Scents” at the Rijksmuseum in Amsterdam.

“Wars are extremely smelly,” she said. “Soldiers don’t write about their injuries as much as they write about the terrible sounds and smells. So we know more about them.”

We also know that it had rained the night before the battle, that anxiety sweat smells different from normal sweat, and that there were thousands of horses. And we know the ingredients of Napoleon’s perfume — he wore liters of it every day and carried a bottle in his boot.

In the growing field of smell research, scientists, artists, historians and cultural heritage specialists are coming together to work on what is perhaps the trickiest sense to preserve. Some are working on trying to conserve the smells of our times — especially those which may not exist in a few decades. Others, like Verbeek, who has a doctorate in the history of art, are working on reviving and reconstructing some of the lost scents.

These are some of the areas that Odeuropa, an international research consortium on olfactory heritage that was awarded a 2.8 million euro grant, is focused on studying. Inger Leemans, a cultural heritage professor, said, “We’re losing them fast, of course, because time never stops, but … how do you bring the past to the nose?” 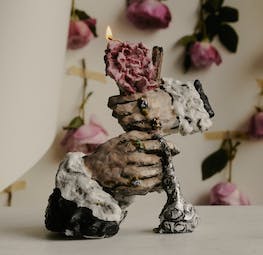 Book of secrets: The wealthy believed that pomanders, metal balls often worn on chains, would mask smells and protect them from disease. The scent was reconstructed from a recipe in a 16th-century Book of Secrets in the Rijksmuseum’s collection.

History is rife with smells that we will never be able to reclaim. Despite the detailed efforts of Verbeek, we’ll never really know what the Battle of Waterloo smelled like. Or London in the Middle Ages or New York in the 1930s. We may not even be able to recapture the smells of our childhoods, characterized by things long gone.

Many scents that are vanishing include mothballs, burning piles of autumn leaves, typewriter ribbons And unlike color or music, smell isn’t broken as easily into universally accepted components. Although technology has made it easier to isolate the chemical compounds of a smell, odors are also highly context dependent.

Preserving smell requires more than just olfactory information. Cecilia Bembibre, a researcher at the Institute for Sustainable Heritage at University College London, is working toward something of a systematic means of archiving smell, using a mix of chemistry and more qualitative tools.

She has done this for the smell of old books, which might be described as endangered. The first step is to seal the book and allow the smell to concentrate for several days. Then, a technique called gas chromatography-mass spectrometry is used to separate and identify each chemical compound to create something like a recipe, or a template for historians.

Bembibre said that applying the scientific method — a universal language and standardized techniques — is a challenge with smell. “When you ask a volunteer to describe a smell,” she said, “they tend to use words related to their experience, so they’ll say, ‘This smells like the bottom of my grandma’s drawer.’ ” Bembibre wants to fuse the scientific approach with the more sociological aspects of cultural heritage work for a hybrid technique of archiving smell.

The field of scent research is gaining recognition and funding internationally, but smell has long been less studied than the other senses. It can be hard, Bembibre said, to convince historians, sociologists and other researchers that smell is just as significant as other intangible heritages like a dance or religious ritual. “It’s gaining ground, but it’s a bit of an oddity,” she said.

Bringing smell into a museum context can be one way to make art more accessible, particularly for visitors who are blind or visually impaired, and those who have dementia. Marie Clapot, associate museum educator for accessibility at the Metropolitan Museum of Art, has worked to integrate smell into the museum.

“A lot has been done with touch, with tactile approaches, movement and sound, and it kind of dawned on me, we haven’t been doing much with smell,” Clapot said. “It’s one way you can make an art object accessible.”

Verbeek approaches past smells by attempting to re­create versions of them, as she did with the Battle of Waterloo, making a perfume of sorts that might be associated with historical events, people and works of art. She has captured the odor of the locker room of the Dutch soccer team after its 1988 European championship victory (coconut oil, sweat, Champagne, a deodorant called “Fresh Up,” dirty clothes and a specific brand of body wash). She also used medical history to try to replicate the smell of the embalming of William the Silent, Prince of Orange after his assassination in 1584. “This one actually smells fresh and medicinal and pleasant,” Verbeek said, noting that more than 30 ingredients were used in his embalming, including myrrh, oregano, sage, lavender, rosemary, iris and musk.

Still, part of the beauty and poignancy of the project is that it only approaches the smell — it can never fully recreate it. “Whatever methods you use, whether it’s gas chromatography or analyzing molecules from historical objects, it can never be a real reconstruction,” Leemans said. “Even if you had the complete description of an 18th-century perfume and you could recreate it, it would still smell different on your 21st-century body. It will always be an interpretation.”