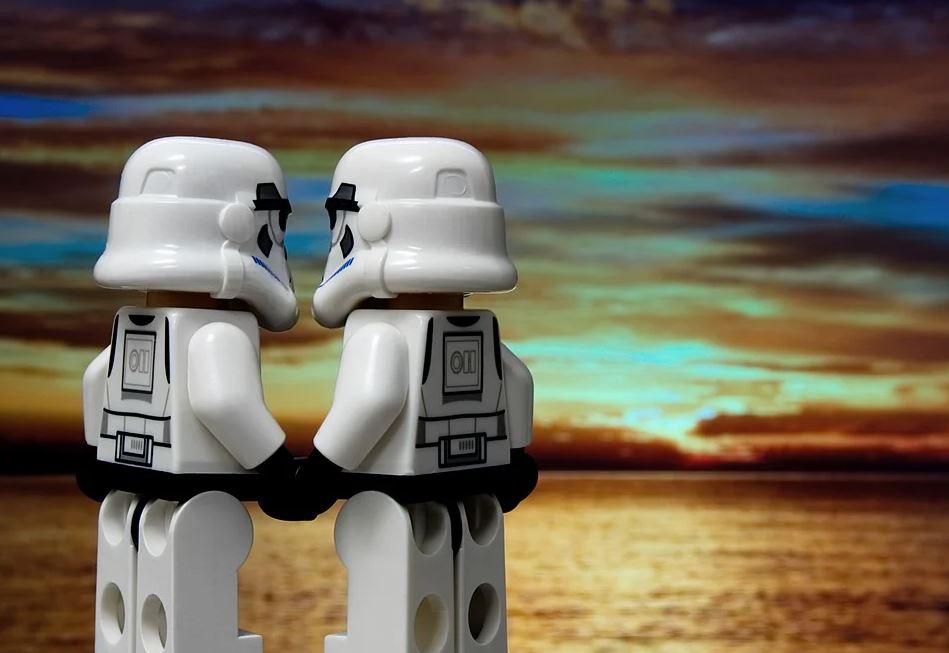 Researchers at the University of Chicago, the University of Birmingham, and Bournemouth University have uncovered evidence that physical embodiment can occur without the sense of touch, thanks to a study involving two participants who lack the ability to feel touch. The research was published on Feb. 12 in Experimental Brain Research.

The transatlantic collaboration emerged from ongoing research with two unique individuals — Kim, based in the U.S., and Ian, based in the U.K. While most people who participate in research studies are referred to by their initials, Kim and Ian have agreed to be identified by their first names. Their last names are not being used to protect their privacy.

Both have had sensory experiences unlike any other. When he was 19, Ian developed what’s believed to be an autoimmune response after becoming sick. That led to a complete loss of somatosensation below his neck, including his sense of touch and his sense of the location and movement of his body in space (known as proprioception).

This sensory loss required months of intensive rehabilitation so Ian could learn to move his body and limbs again.

Kim, on the other hand, was born without somatosensation. She does not possess the sensory nerve fibers necessary to feel her body, possessing neither the sense of touch nor proprioception.

The investigators were interested in learning how the human brain adapts to a loss of sensory information, and how it might compensate for a complete lack of touch-related sensory inputs. In particular, the team wanted to learn how a person who cannot feel touch might be able to use other sensory information, such as sight, to develop a sense of their own body.

They also wanted to understand how a person who had never experienced touch or proprioception might differ in their perception of their body when compared to a person who once possessed those senses, but lost them as an adult.

There are a lot of questions about how we form a sense of the body and of the self. Body and self are very integrated, and your sense of your physical self and your body is present when you close your eyes — but without a sense of touch or proprioception, it really wouldn’t be. Kim has a unique condition, where she is operating on vision, hearing, and the vestibular system. She doesn’t have touch or proprioception and never has. Ian is in a very different situation because he had these senses before losing them. We were interested in whether or not a person can take visual information that’s not involved in visual perception and feed it into someplace in the brain that is responsible for generating a sense of your body. Essentially, can you use visual cues to see a sense of the body?”

For the study, the researchers brought Kim and Ian into the lab at the University of Birmingham, along with age-matched controls to compare responses. There, they participated in a number of experiments designed to assess both their mental image of their bodies as well as their unconscious sense of their bodies in space. The study found a number of similarities and, intriguingly, differences in how Kim and Ian performed.

“Both Ian and Kim have conscious representations of their body, despite the lack of sensation,” said Chris Miall, Ph.D., a professor of motor neuroscience at the University of Birmingham. “The curious thing is that their body representations often go in different directions compared to the control group. For example, when reporting the shape of their hands by moving a cursor on the screen, controls misjudge the length of their fingers because they rely on a distorted sensory map. Kim’s representation was close to that produced by the control participants, even though she doesn’t experience that same sensory distortion. Ian had a much more accurate representation of his hand compared to Kim and the control participants. Our hypothesis is that it’s because he uses his hands a lot, always under conscious visual control, and has built up an accurate representation of his hands.”

Another experiment looked at body schema, which is the unconscious representation of a person’s own body. In this portion of the research, the scientists analyzed how the participants reacted when a visual target appeared near their hands.

Individuals with intact proprioception react rapidly because they possess an unconscious representation of their body that makes them very aware of the space immediately surrounding them. The results showed that Kim’s response was similar to the controls: she showed the same bias when targets appeared near her hands, while Ian did not.

The investigators suggest this demonstrates that Kim has an unconscious representation of her body despite never having been able to feel it. However, unlike control subjects, she has replaced the input normally provided by the proprioceptive sensory system with visual information that never reaches her consciousness.

This is similar to the way a person will instinctively duck when a ball flies toward them, even before consciously processing what the object is. Ian, on the other hand, relies on much slower processes involving conscious visual perception.

“You and I have habits and skills that are not conscious,” said Jonathan Cole, DM, a professor of clinical neurophysiology at Bournemouth University. “But Ian has to think about moving the whole time.”

These results indicate that if someone loses their sense of touch and proprioception as an adult, they may be able to learn compensatory skills using visual input and conscious thought to move their bodies.

However, a person who never experiences somatosensation may be able to develop mechanisms to bypass the lack of touch sensation and instead use unconsciously processed visual information to exert motor control.

This process may use as-yet-unconfirmed reorganization of neuronal pathways connecting vision processing with brain regions that are involved in bodily control, such as the cerebellum.

This hypothesis is further bolstered by Kim and Ian’s own reports of what it feels like to wake up in the morning. While Ian goes through a process of re-establishing where his body is each morning, Kim “simply welcomes back the world to her embodied self,” and does not describe a need to re-establish her perception of her body.

Future research will further investigate Kim’s unique condition as the team of scientists tries to better understand the nature of her sense of her body and how a lack of somatosensation impacts her interaction with the world around her.

The study, “Perception of body shape and size without touch or proprioception: evidence from individuals with congenital and acquired neuropathy,” was supported by NIH-NINDS grant R03NS113752. Daria Afanasyeva of the University of Birmingham is also an author.

Source: Study shows that physical embodiment can occur without sense of touch