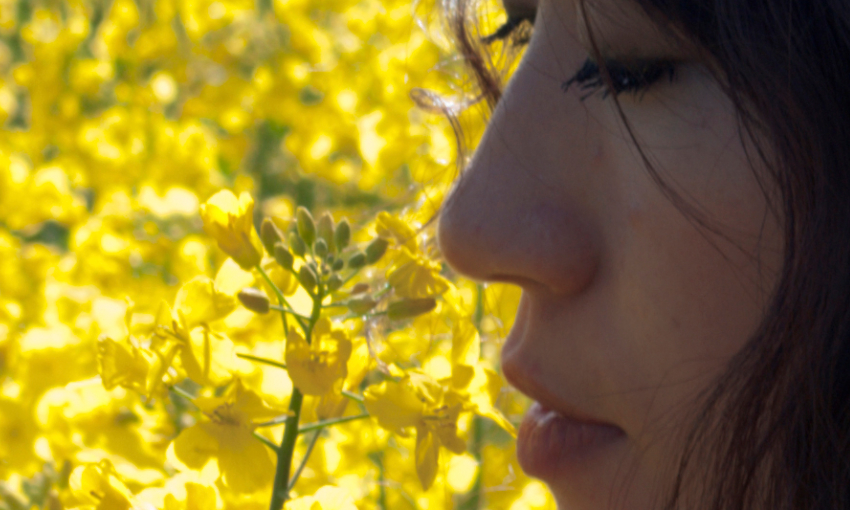 The loss of  smell is one of the most conspicuous symptoms of Covid-19. It can be long-lasting, and its impacts are serious, writes Freya Sawbridge.

Smell is our most underrated and misunderstood sense. It is such a passive act that we scarcely notice how much we need it. A 2019 survey ranked it as the least important sense. Losing it seems like no big deal, until it’s gone.

I lost my smell one year ago. I had just returned from the Netherlands to New Zealand when I developed Covid-19 symptoms and tested positive two days after touchdown in Auckland. I lost my smell (anosmia) and taste (aguesia) entirely three days later. I spooned tabasco on my tongue and it felt like thick water. The bunch of lavender my mother gave me to aid my sleep might as well have been artificial. When I sucked on a butterscotch I had to check whether the wrapper was still on.

Losing your smell to Covid-19 is not comparable to a cold, which merely dulls the sense temporarily due to a blocked nose. With Covid, your nose remains unblocked but the tiny claws of coronavirus invade the nervous system and sear through the neural connections between the nose and brain. I was battling much more debilitating symptoms at the time so my loss of smell and taste wasn’t a priority and I was reassured by the belief that they would surely return once the inflammation in my olfactory nerves reduced. A survey of healthcare workers at hospitals in London and Italy who had tested positive for Covid-19 found 60% were continuing to experience smell problems two months after their initial infection. Other studies show between 5% and 10% of people have a near total loss of smell six months later. Nearly 11 months later, I’m left with only three functioning senses.

I miss bad smells much more than good smells. I don’t know whether this is because I enjoy these smells more or because they are more practical for everyday life but I’d rather be able to smell a fish market over flowers and my ex-boyfriend’s body odour than perfume.

I’m not alone in appreciating someone’s sweat. Science shows that sniffing a person’s scent is a way for our brains to decipher whether we are compatible with someone or not. It’s a scientific explanation for “opposites attract” and was proved best by the controversial “T-shirt” experiment conducted in 1994 by Claus Wedekind. A group of 44 males were instructed to wear a t-shirt for two days and avoid anything that might alter their natural scent such as cologne. The t-shirts were then placed into boxes and 49 women sniffed and rated the odours based on intensity, pleasantness and sexiness. The results showed that women preferred men with opposite genes from themselves and it is theorised this is because it creates the most diverse immune system for our children but the science is still not comprehensively understood. In fact, it is less than 30 years since the neural receptors that allow us to smell were even identified.

Smell is not just handy for seeking romantic connection. I dog-sat a puppy not so long ago and only found out it had gone to the toilet inside when my parents came over for coffee and were hit with the strong stench. My sister is now my primary BO detector and sniffs my clothes each day to let me know if I need to wash them. My taste palate is muted and distorted. I can detect salty, sour, sweet and spicy but can’t distinguish any true flavour. This is because it is smell that adds complexity to food via hundreds of receptors that travel between the olfactory nerves in the nose to the brain.

Scent marketing is massive. One casino study showed gamblers spent 45% more when a floral scent was sprayed and Nike found that the introduction of scents in their stores increased customers’ intent to purchase by 80%. Another experiment at a petrol station where coffee aromas were pumped onto the forecourt boosted drink sales by 300%.

Of all the senses, smell is proven to be the most evocative of memory and the loss of it dramatically affects our biochemistry and our ability to interpret the world and enjoy life. A 2014 study of people suffering from anosmia showed high rates of depression (43%), anxiety (45%), problems with eating (92%) and relationship difficulties (54%). Tom Laughton, who partially lost his smell some years ago, told the Guardian, “With smell, when breathing in, the world comes inside us. Without smell, when I see things, they just stay where they are. They are nothing to do with me.”

Only two people in the last year have been sincere and curious when I told them I no longer have smell or taste. Some laugh, many make flippant “oh, that’s weird” remarks but most fail even to comment, which shows how irrelevant and trivial they believe lack of smell is. After all, shouldn’t we be grateful it wasn’t our hearing or eyesight? “Absolutely,” I’d reply and most anosmic people feel the same but recognising a worst-case scenario doesn’t mitigate the current loss. At most, it only puts the struggle into perspective. It is like telling someone who is heartbroken there are “other fish in the sea”. It doesn’t help with their grief in the moment.

The implications of smell loss are of course much less dramatic than those of hearing or sight. We do not require to learn sign language or train with a guide dog. Our impairment remains invisible but still a wound in the everyday experience of those who have to live with it.

Some people think smell is a sideline sense that occasionally cheers and makes the game of life a bit more interesting. Scientists and the hundreds of thousands of us that have lost it to Covid-19 know it’s more than that: a primary sense that influences far more than we even realise.

Source: How it feels to lose your sense of smell | The Spinoff