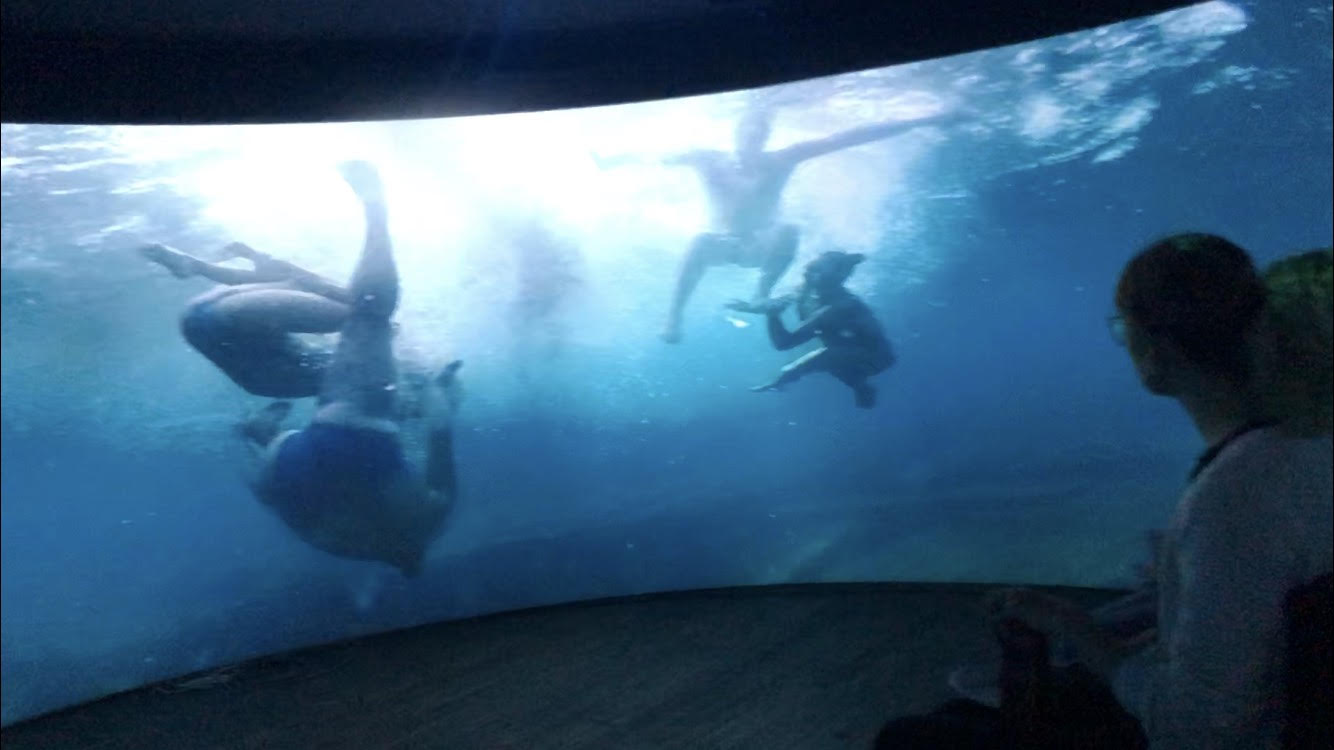 Top sensory technologies that are evolving in Toronto | The Toronto Observer

Walking into The Redwood in east end Toronto on Nov. 24, carefully placed lights shone purple and orange on the walls of the former theatre, giving the cavernous space a futuristic feel.

Inside, members of the public were able to see and touch the latest sensory technologies developed by Canadian researchers. Developers stationed throughout the room were keen to explain their inventions during the Sensory I.T. Symposium.

Watch demonstrations and explanations of the technologies:

Four sensory and multi sensory technologies that were showcased at The Redwood in Toronto on Nov. 24 during the Sense I.T. Symposium event are highlighted in this video.

Researchers have been working on these projects for years.

The hope is that this event will bring awareness to the advancements in sensory technologies that will benefit those who need it most.

We learned about several that are designed to help people with disabilities.

The WebMoti allows students with disabilities to participate in class without actually being present by using a video conferencing robot.

It was developed by Deborah Fels, a Ryerson University professor with the Ted Rogers School of Information Technology Management and the director of Ryerson’s Inclusive Media and Design Centre.

The project combines two other technologies. One allows sick elementary and secondary students who were in hospitals to have access to their classrooms and peers, and another that  classrooms and other classmates. Another is the Emoti-Chair, which provides stimulation through sound so that people who have difficulty hearing can experience music through vibration.

With the WebMoti, a student can sit in the chair at home, and feel connected to the classroom through sound and vibrations. The robot can be controlled via a laptop and controller.

The researchers say the WebMoti can benefit people with autism, who can turn off either the audio or the visual if they are feeling too overwhelmed. It allows them control.

“At the moment, we are in the evaluation stage. It’s a pretty early prototype so there’s bugs that need to be worked out and things,” Fels says.

“But we’re working with one student at a time to connect them to class and try to better understand what it means to have a virtual presence for somebody with autism and how they connect to their classroom.”

Tactile Audio Displays Inc., the company that hosted the symposium, is commercializing the WebMoti.

One only needs to sit on a chair, lean back on a tactile cushion and put on headphones to be immersed in a relaxing experience, designed to help people feel better.

This is LUCID,  a relaxation system that monitors a user’s brain activity and heart rate and aims to decrease stress.

During the symposium, CEO  Zach McMahon asked users fill out a “before” survey indicating how they stressed and anxious they felt before sitting down in the device. Afterwards, they filled out another survey.

During the trial, users would wear a headband that would pick up their brain activity and a wristband that checked their heart rate. This is all to collect data to see how effective the system is on a person’s mental state.

The system generally leads people to report a 20 per cent decrease in stress. That’s accompanied by a 20 per cent drop in heart rate between surveys, McMahon said.

“Roughly 97 per cent of them have stated overwhelmingly positive results. The remaining three we have really examined and worked with them closely. In terms of quantitative feedback we’re getting really great results there too.”

Post-doctoral researcher, Dr. Shital Desai, explains that they are still trying to find the right configuration between the two devices that works best for patients with dementia.

For the virtual-reality stimulation, it tests the dementia patient’s memory and ability to do small tasks. It is conducted in a virtual environment so that there are no real life consequences. Desai says it doesn’t command them to do anything. It gives them choices and they can choose to do what they want based on suggestions.

The other configuration is a device that can be used to train dementia patients. In the photo on the left, a child is shown building coloured shapes to match the shape that is shown on the screen.

According to the Igloowebsite, the videos projected at the event are made by Sesqui. It also says that Igloo technology is always evolving to include the latest in technology, and encompasses simulation, experiences, and visualization.

It’s a new way to experience the world.

Source: Top sensory technologies that are evolving in Toronto | The Toronto Observer