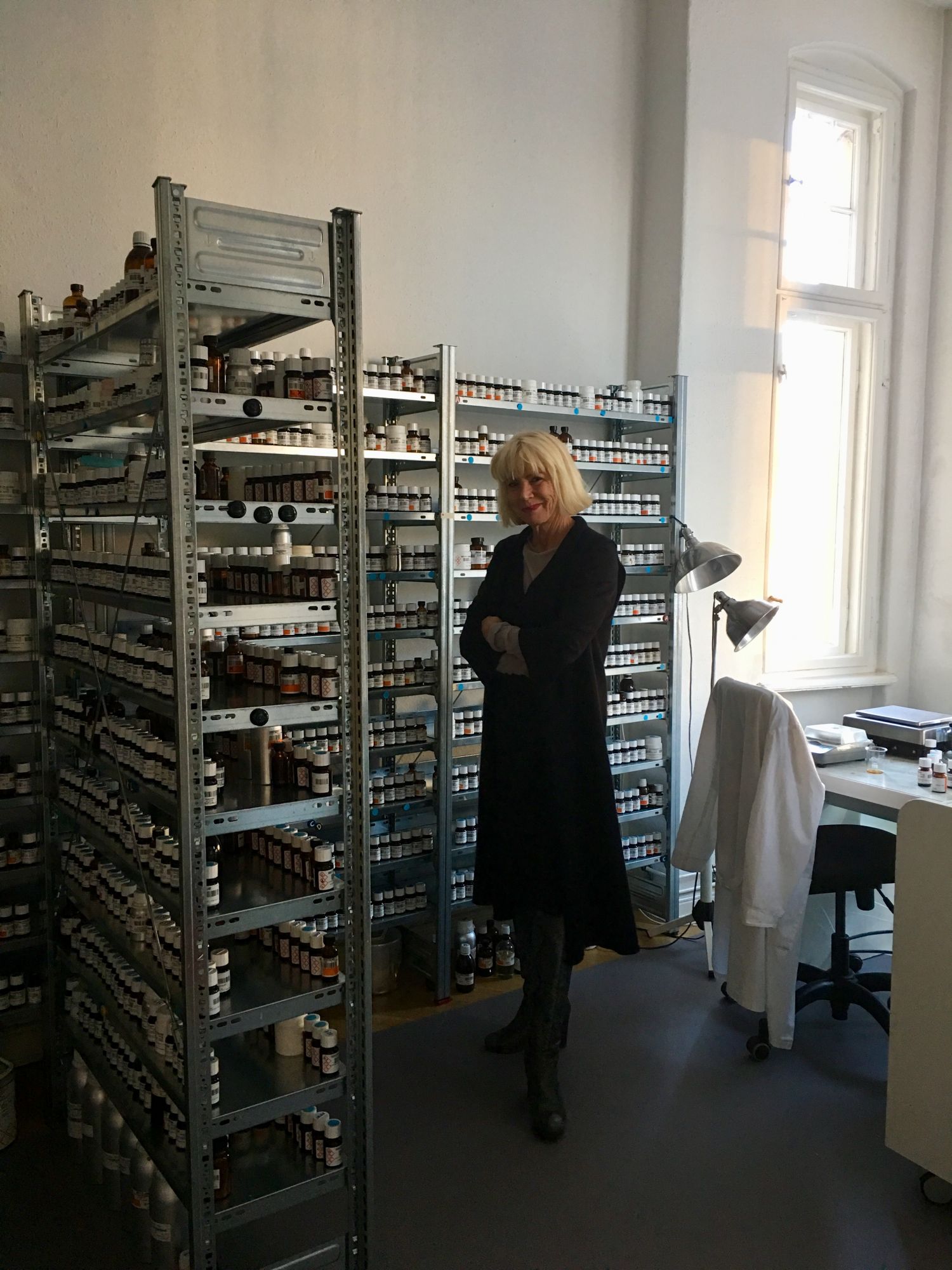 The renowned scent researcher deciphers youth culture in Singapore and distils it into a unique smell, as part of a series of sensorial encounters with art at this year’s Light to Night Festival

Sissel Tolaas has dedicated her life to the sense of smell and sets out to prove that its capacity know no bounds—one molecule at a time.
For her latest project at this year’s Light to Night Festival: Traces and Echoes, the renowned scent researcher and artist maps the unique smell ID of Singapore’s youth, between the ages of 19 and 29, through the scentscape, eau d’you Who Am I. The project, which is part of a Sensorial Trail of smell, sound and touch at the National Gallery Singapore, highlights the role of smell in one’s identity, and is unlocked through the heat emitted when one touches the wall surfaces.
Based in Berlin, the Norwegian olfactory artist helms the Re_Search Lab, which is home to over 6,000 smells that she has documented in identical aluminium cans throughout her career. To date, her vast portfolio includes scentscapes for 52 cities seeking to preserve its original essence in this fast-paced society through an olfactory experience, with the latest one concocted one for the eternal city of Rome.But perhaps her most memorable work was the Beckham Limburger cheese, fermented from the bacteria on football legend David Beckham’s boot, and served to VIP guests at the 2012 London Olympics. Tolaas tells us more about her work.
What is smell to you?
Sissel Tolaas (ST) We’re equipped with five senses. There are many interfaces on our body and they’re there for us to understand the world properly. We react and act accordingly to what we can understand. You can’t just rely on what you see—your body will get tired of looking and it remains very superficial. You can use smell to be aware and tolerant; for memory and communication. For example, I’m doing a project in India about self-defence and sexual harassment against women. There’s a device that releases a smell and when someone pushes the button, it alerts the whole neighbourhood. That’s when you know that somebody has been attacked.

How is smell a part of one’s identity?
ST Everyone has a smell that’s as unique as your fingerprint. Under all the layers of external smells, you have a smell that makes you you. This is due to pheromones, and there’s a big discussion going on now if humans have pheromones or not. I’m reluctant to give any advice on that because there’s still scientific research going on, but in the case of animals—for sure. Animals smell each other, and they identify their partners through pheromones. But humans definitely have a unique smell and it’s amazing that we do.

With your showcase at the Light to Night Festival, you are exploring notions of identity among Singapore’s youth, using scent as a medium. How did the topic come about, and what was the process and research based on?
ST I’ve had conversations with young Singaporean, some of whom were selected by the National Gallery and some were recommended to me by my friends. And because they were sharing very private stuff, there was a lot of time taken to get them to loosen up, and I had to change my methodology several times. I had asked questions such as “can you tell me where you hang out?”, “where you like to spend time”, “which part of the city influenced you the most, and why?” After which I would propose sights and places, and they would take me there where I would conduct my recordings.

I was not interested in an individual narrative. Instead, I was getting an overview of the story. Are there some patterns and crossovers that different youths have? Do they hang out at the same area? I’ve done three months of research here with NTU CCA (NTU Centre for Contemporary Art Singapore) and I think I know the city pretty well. I said yes to this project because I believe that Singapore is an epicentre for Southeast Asia and it is essential to developing prototypes for thinking. As a result, the exhibition wall has smells of private locker rooms, bus stations, hawker centres, department stores­­—all kinds of venues really.