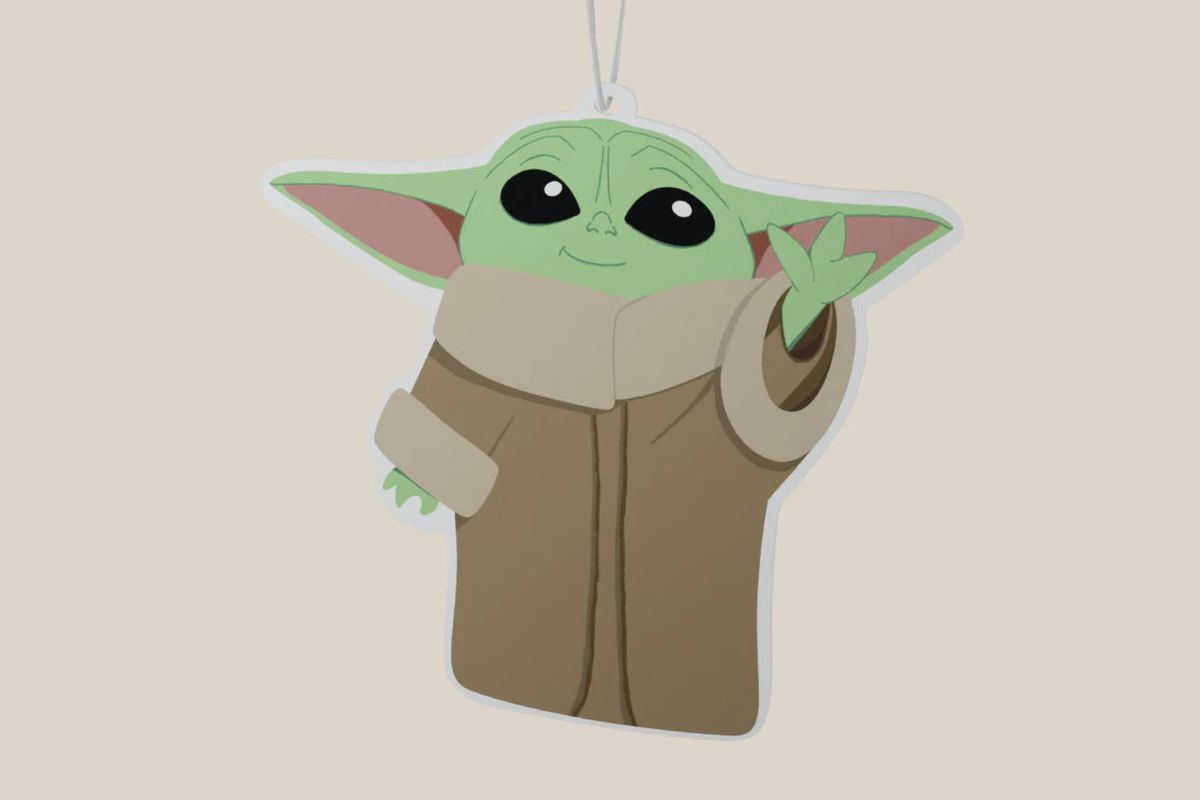 There is no damn way Baby Yoda smells like this | Polygon

An air freshener that smells like gardenia and rosemary? This is not the way

If you buy something from a Polygon link, Vox Media may earn a commission. See our ethics statement.

It’s May 4, aka Unofficial Star Wars Day, because “May the fourth” sounds enough like “May the Force (be with you)” that it’s become a running gag for Star Wars fans. Every year, May 4 sees a small, enthusiastic wave of new Star Wars coverage (and we certainly aren’t immune), new teases for upcoming Star Wars projects, and especially new Star Wars merchandise.

We’ve mostly ignored the wave of Star Wars Day product launches (apart from checking to see whether Dr. Squatch has any new weird Star Wars soaps, because we’re still intrigued by the idea of literally bathing in Darth Maul’s anger), but one caught my eye: Homesick’s Star Wars scented candle and air freshener selection. It’s intriguing for a few reasons. There’s a candle that’s meant to smell like Tatooine (why is everyone so damn obsessed with Tatooine?), which we all know would mostly smell like baked sand and bantha funk, not “Bergamot, Agave, [and] Manak Leaves.” Another candle smells like the Death Star, with a recipe that actually sounds pretty accurate — the scent notes include cement, tobacco, “forged steel,” and leather. The Endor candle actually sounds nice, and also pretty accurate to the likely smell of Endor, given all the plant, leaf, and wood notes listed on the label.

But I just can’t let the Grogu air freshener stand without comment. According to Homesick’s site, this is the scent recipe for The Mandalorian’s former Baby Yoda:

That’s an awful lot of floral notes for a little dude who almost never bathes, spends a lot of time in spaceships, rarely hangs out in natural settings for long, and has been wearing the same little loose sack outfit since the series started. There’s also the fact that Grogu mostly lives on whatever live amphibians, fish, or sentient-species eggs he can cram into his mouth. We all know Grogu doesn’t smell like vetiver and sea moss. (Or the Star Wars galaxy equivalents.) Here’s my recipe for Baby Yoda scent:

Since you can probably mix most of that up at home, you can just make your own Grogu air freshener, stick it in the back seat of your car, and imagine you’re Din Djarin himself, off on another morally complicated adventure. May the Fourth be with you.

Source: There is no damn way Baby Yoda smells like this