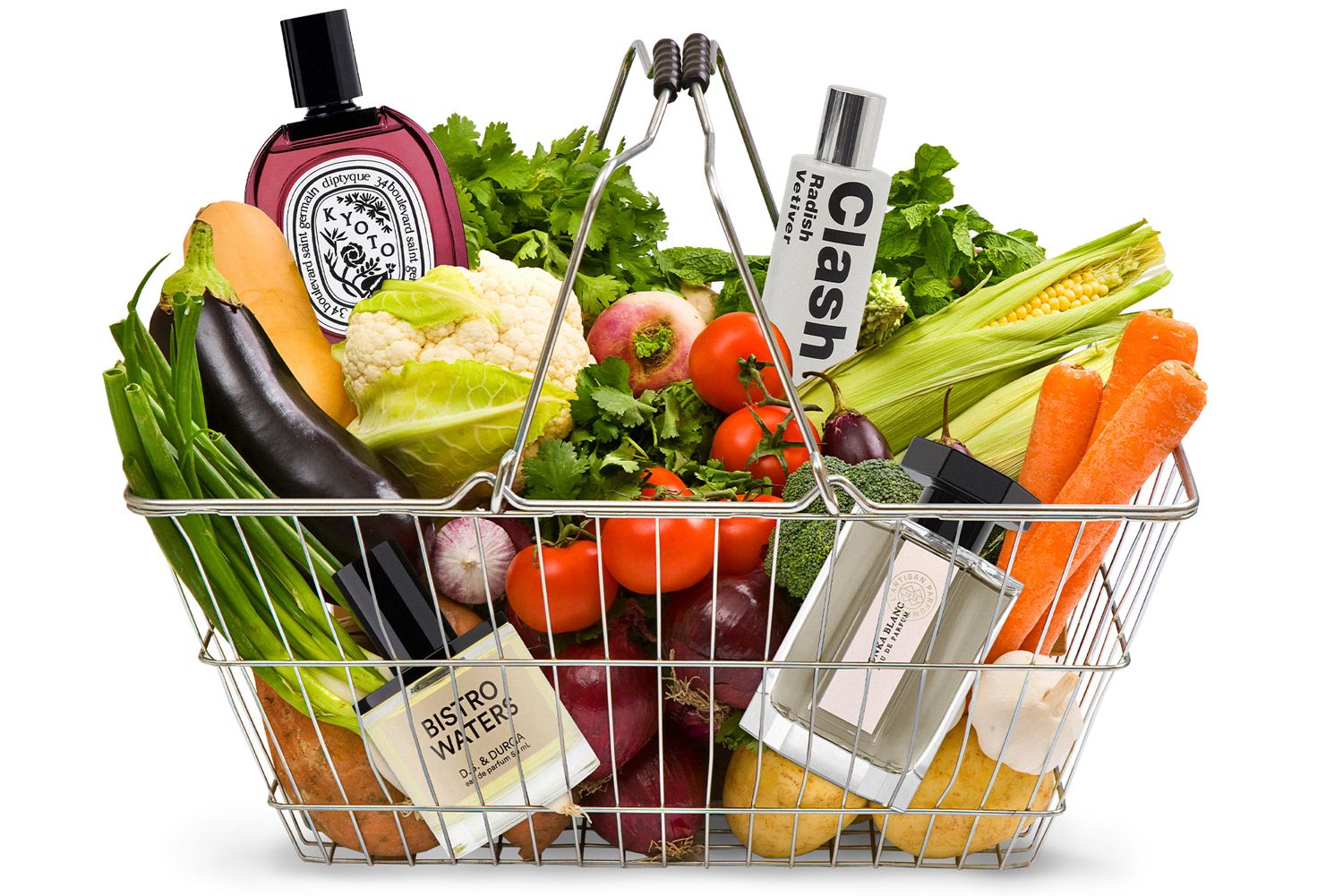 The Case for Smelling Like a Sexy Vegetable |  | High Snobiety

When Thierry Mugler launched Angel in 1992, the perfume set the standard for the modern gourmand fragrance family. Angel’s overdose of ethyl maltol, a synthetic sugar note, was entirely novel for the time, and the scent has inspired countless flankers. Decades later, it remains a blockbuster – but what was once a daring aroma has been filtered down into countless knockoffs so as to make its fruity-cotton-candy-chocolate-explosion feel staid.

The gourmand category has grown significantly since the Angel days; thirty years later, new technologies and evolving tastes are opening up our concept of edible perfumes. But the new gourmands are not your usual vanilla smells: these are frequently savory, vegetal aromas rather than sweet and fruity.

“Fruit can be perceived as young, and vegetables as very adult. So having a vegetable fragrance, it’s kind of like an adult gourmand,” says David Moltz, co-founder of Brooklyn-based perfume brand D.S. & Durga. Earlier this spring, D.S. & Durga launched Bistro Waters, with notes of lime blossom, pear, basil, and green pepper, which tips it from a simple fresh green scent into a savory concoction. Shortly after, L’Artisan Parfumeur launched Le Potager, a five-scent collection of perfumes centered around vegetable notes, including cauliflower, beet, leek, sweet pea, and tomato leaf.

Vegetal smells began creeping on the market in recent years thanks in part to COMME des GARÇONS, which launched Radish Vetiver as part of its Clash series in 2019, followed by 2020’s Rouge, a spicy fragrance that is beet red in both color and aroma. Perfumer Alexandra Carlin also played with a beet note in diptyque’s Kyoto, a limited-edition 2021 launch, before taking on the cauliflower scent in Le Potager, named Tonka Blanc.

“When the cauliflower is roasted, it will have its maximum level of muskiness and earthiness,” Carlin says. “Musk and earth, it’s really part of my vocabulary as a perfumer.” She looked to chefs for inspiration when making Tonka Blanc and found recipes that mixed cauliflower with coconut or vanilla for a sweet-savory dessert. “When I don’t really know what notes to play with, I look at what the chefs are doing,” she adds.

Vegetal smells were present in perfume even before brands began marketing them as hero notes. “We’ve all been using carrot seeds forever, whether or not you want to call it that. It’s more about the marketing,” Moltz notes. What’s changed is not only consumer appetite for more unique aromas but also new scent molecules that allow for more realistic interpretations of a vegetable garden.

Bistro Waters’ green pepper note is possible thanks to fragrance and flavor giant Firmenich’s green bell pepper Firgood™, which is derived entirely from organic matter according to Xavier Brochet, the company’s Global Head of Natural Product Innovation. “Our perfumers also see a lot of potential for our green bell pepper Firgood™ blended with citrus, cologne, or floral and fruity notes, thanks to its ability to energize, sharpen, and modernize classical accords, and generate new ones,” he says.

The search for more naturally-derived aromas isn’t just about the growing demand for “clean” or “sustainable” scents. Our familiarity with edible scents may make gourmands an easy sell, but it also makes realism all the more important. “Sandalwood has many good synthetic versions, and it’s more difficult for the user to say, ‘This is fake.’ But with fruits and edibles, we have the real thing as a contrast, so it’s more challenging,” says Julian Bedel, founder of Fueguia 1833. Bedel frequently experiments with edible notes inspired by his native Argentina, like dulce de leche, yerba mate, coca leaf, and passion fruit. This spring, the brand is launching Arábica, a coffee-tobacco gourmand.

For Bedel, natural extracts at Fueguia often obtained through methods like supercritical extraction create notes that are not only closer to the real thing, but also more sophisticated than many synthetics on the market. “The thing with synthetics is that they have a lot of impact. The ingredients are very good in performance. But that for me is a drawback,” he says. “They are very monolithic, and your skin doesn’t have anything to say once you put this perfume on. It’s going to be the perfume talking, not the interaction of the perfume with the skin.”

Savory smells are by no means kicking powerful, sweet gourmands out of the niche market, however. Take Maison Francis Kurkdjian’s Baccarat Rouge 540, a saffron, woody gourmand that dominates everything from TikTok to Fashion Week parties, or Kilian’s marshmallowy-orange blossom Love Don’t Be Shy, which has become a new classic simply by virtue of being Rihanna’s fragrance of choice. “[Baccarat Rouge] is like a masterpiece to me, but it’s really sweet. Some people will say [it] is too sweet–but the way the perfume is built is a revolution,” Carlin says, citing its powdery notes that manage to make a scent that is sweet but dry at the same time.

A touch of novelty is still a crucial component in sweet gourmands. At the start of 2022, D.S. & Durga launched Pistachio as part of its limited-edition Studio Juice line; all 100 bottles sold out in a matter of hours. Part of that can be attributed to the whimsy of pistachio itself, Moltz says, but he believes our desire for offbeat gourmet notes is also indicative of our perception of food culture as the pinnacle of cool. “Food is like what music was to my parents’ generation. Everyone needed the new Bob Dylan record then. Now everyone wants to go to the new restaurant and know all the chefs,” he says.

Angel and its many descendents – for all its divisiveness – isn’t going away either. Even Bedel admits there is something alluring about a sickly sweet aroma, as he recalls an ex-girlfriend wore Mugler Angel when they first met (before switching to Fueguia’s Mbucuruyá, a milky passion fruit scent). And really any perfume that attracts us, whether sweet, savory, or something else entirely, can have a salivating quality. “There’s something edible about really intense narcotic flowers, and that the line between what smells good and what is edible is super thin,” says Moltz.

Source: The Case for Smelling Like a Sexy Vegetable