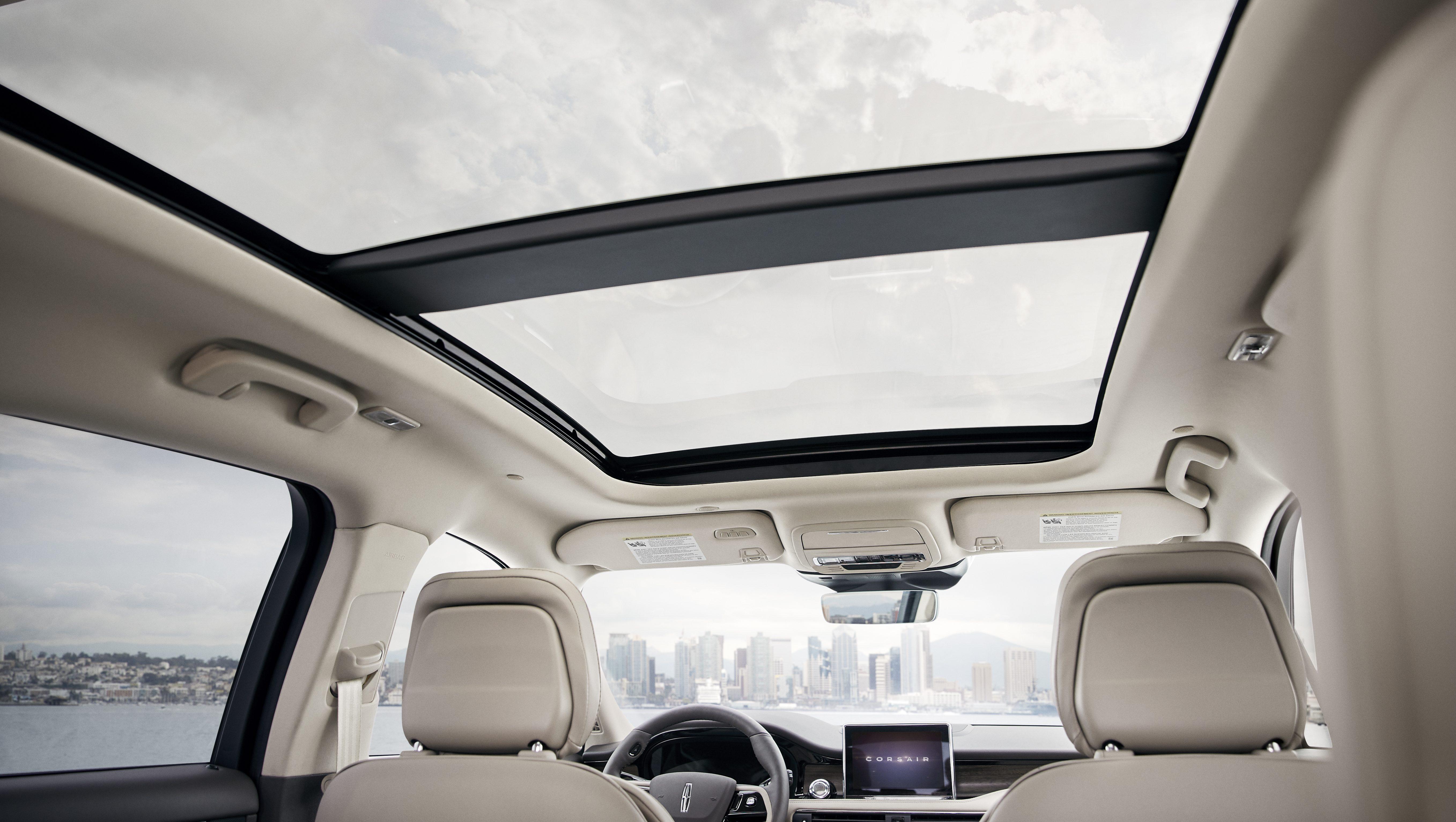 Picture an early-morning soiree with fruit parfaits, boxed water, and a meditation class as the languorous boat traffic on Manhattan’s East River glides by. If you weren’t close paying attention, it would have been easy to mistake Lincoln’s recent car-launch shindig for a wellness meet-up. The event, in fact, was intended to echo the design ethos of the 2020 Lincoln Aviator and Lincoln Corsair, new SUVs that posit to be veritable spas on wheels.

“It’s all about well-being,” said Kamal Curic, chief designer for Ford-owned Lincoln. With Americans spending more time behind wheels—about 290 hours a year, according to an American Automobile Association survey—the Lincoln design team thought to create a cushy cabin that enhances the physical and emotional states of passengers. There are the extra-large windows and sunroof to “let nature in,” doors and handles that feel good to the touch, a calming monochromatic color scheme, and obsessively designed seating.

Lincoln worked with Herman Miller, maker of coveted office chairs and mid-century wares, to improve the ergonomics of the driver and passenger seats. The powered seats, which can be repositioned in 30 different ways, feature bolsters that secure the passengers during a bumpy ride and automatically loosen to allow them to get in and out of the car easily. The driver’s seat has a massage function and an upper thoracic toggle to reduce neck strain on longer drives.

It isn’t just Lincoln. A growing number of carmakers have been working to integrate health and wellness-enhancing features into their vehicles. In 2017, Hyundai introduced a concept car equipped with sensors that monitor a driver’s physical health and emotional state. Co-developed with IDEO, the driver’s cockpit would trigger multi-sensory mood-enhancing “bursts” with aromatherapy, mood lighting, and music. Mercedes Benz has a “Fit & Healthy” branded concept car with seats that can improve blood circulation based on heart rate readings from the steering wheel. It even has pre-programmed settings labeled “freshness,” “warmth,” “vitality,” “joy,” “comfort,” and “training.” “It’s the next best thing to driving in fresh, fluffy bath robe,” wrote the Telegraph’s Michael Harvey.

Lincoln’s Curic is particularly proud of the noise-cancelling cabins in the Aviator and Corsair. “The first thing you’ll acknowledge is how quiet it is inside. This becomes a real luxury, especially in a city like New York with all the background noise” he said, with lower Manhattan’s cacophony of construction noise underscoring his point on cue. “With the hectic lifestyles that we have, it becomes really important to have time for yourself.”

The prospect of a zen-like cocoon may appeal to stressed-out Americans in other ways. In a recent IKEA study, 45% of US respondents said they retreat to their parked car outside their home to have a private moment to themselves.

Designing for driver wellness can also be a means of preventing vehicular accidents. MIT’s “AwareCar” initiative argues for applying tactics developed by health behavior and sports psychology experts to improve a driver’s attentiveness and situational awareness.

Improving the warning sounds cars emit is a crucial aspect of Lincoln’s quest to create a more pleasant driving experience. In a first-of-its kind collaboration, the company turned to the Detroit Symphony Orchestra to compose custom chimes and alerts for the new SUVs. The melodious sounds are a vast improvement over the standard beeps, bings, and bongs in most vehicles. Take a listen:

“When you think about the communication you have with a car, we think of them all as alerts, but not everything is necessarily an emergency,” explained Jennifer Prescott, an engineer in Ford’s vehicle harmonics division. “The whole concept is that we want you to have a two-way conversation with your vehicle in the most efficient and least offensive way.”

Until recently, most car sounds came from instrument clusters. The clicking sound of turn signals, for instance, originated from the sound of signal lights being switched on and off in old cars. Newer cars now artificially make that sound because it’s become associated with turning. But Ford and a few other carmakers, including Bentley, have started using the car’s stereo system to finesse the vehicle’s sound architecture: softer chimes to signal when a door is ajar, for example, and a more piercing sound for actions that need immediate attention. “It shouldn’t be nagging at you. It should be helping you,” said Prescott.

Why haven’t car manufacturers thought about changing those jarring chimes before? “It’s one of those ‘It’s not broken, why fix it,’ but we’re spending a lot more time thinking through possibilities. There’s often an opportunity to take something that’s been done one way traditionally and elevate it,” Prescott explained.

Ford’s investment in enhancing interior cabin sounds is particularly useful for its autonomous vehicle work. In a scenario where passengers have little or no control, communicating with the car becomes ever more essential, explained Prescott. “Because we’re communicating more, we don’t want everything to sound urgent. We don’t want it to be a cacophony and have people tune it out.”