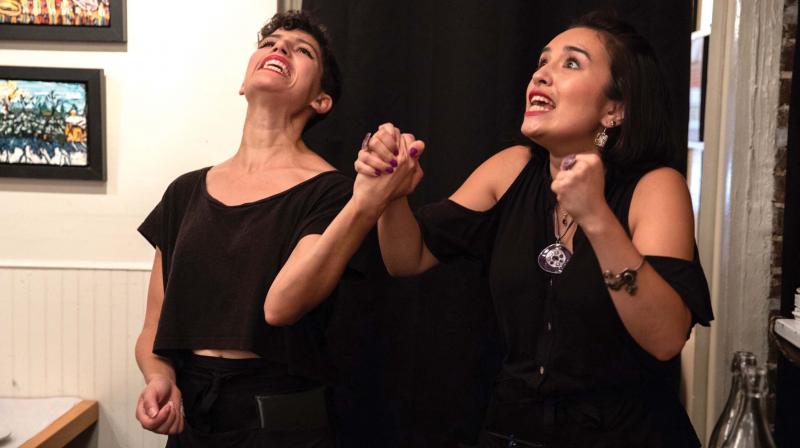 Eat and drink during performances… “this activates taste, touch and smell as well as sight and sound, making the theatre multi-sensory, multimodal, and embodied | Deccan Chronicle

For Erin B. Mee, a renowned theatre person from the United States, Kerala is a second home. Her first visit to the state was in 1991; it was then she met the legendary theatre person and poet Kavalam Narayana Panicker for a work. “It was the most amazing work I had ever seen, and I wanted to see more, so I returned and participated in a workshop,” says Erin, who is currently in Kochi with her multi-sensory theatre production Theatre in the Dark: Carpe Diem.

She considers Panicker as her guru, and has directed three of his works — Faust, Arambachekkan and Ottayan. “He taught me so much about Kerala’s theatre and the larger cultural contexts in which it takes place. As a director, he taught me to elaborate on the play rather than just to stage it. This changed the way I approach theatre and the ways in which I work,” she recalls, adding Panicker also taught her the true meaning of rasa in performance. “In the context of performance theory, it is the ‘aesthetic flavour or sentiment’ tasted in and through the performance. The Natyasastra notes that when foods and spices are mixed together in different ways, they create different tastes; similarly, the mixing of different basic emotions arising from different situations, when expressed through the performer — or, in the case of immersive and participatory theatre, through the taste of chocolate, or the gentle touch of a hand — offers an emotional experience or ‘taste’ in the partaker, which is rasa.” 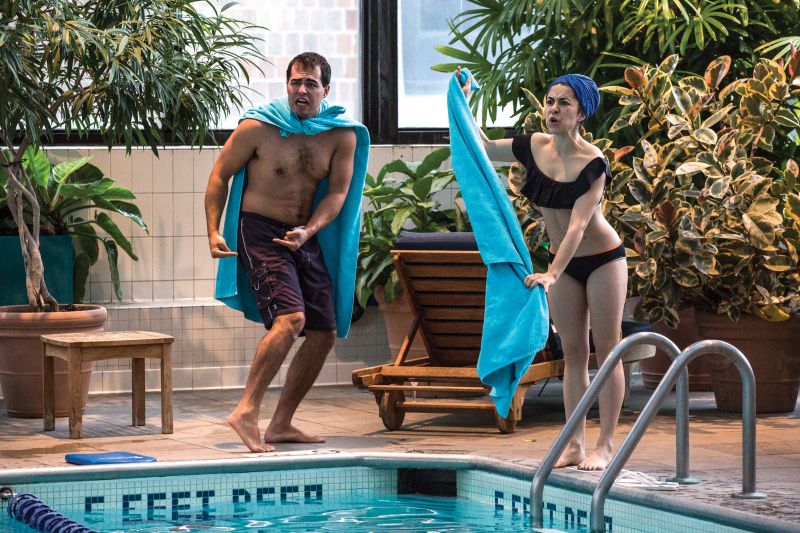 She goes on to say that many immersive and participatory performances in New York, Barcelona and London, including the works of Erin’s venture ‘This Is Not A Theatre Company’, literalise the notion of rasa by asking partakers to eat and drink during performances. “This activates taste, touch and smell as well as sight and sound, making the theatre multi-sensory, multimodal, and embodied. In Theatre in the Dark: Carpe Diem partakers will taste, touch and smell their way through the experience.” She expects the audience will be open to explore the unknown territory.

Directed by Erin, Theatre in the Dark takes place in darkness with participation from audience. “Some of the performances are recorded, and some members of Lokadharmi are performing live.”

Erin had been developing this idea for a year. She spent time researching dining and theatre in the dark. 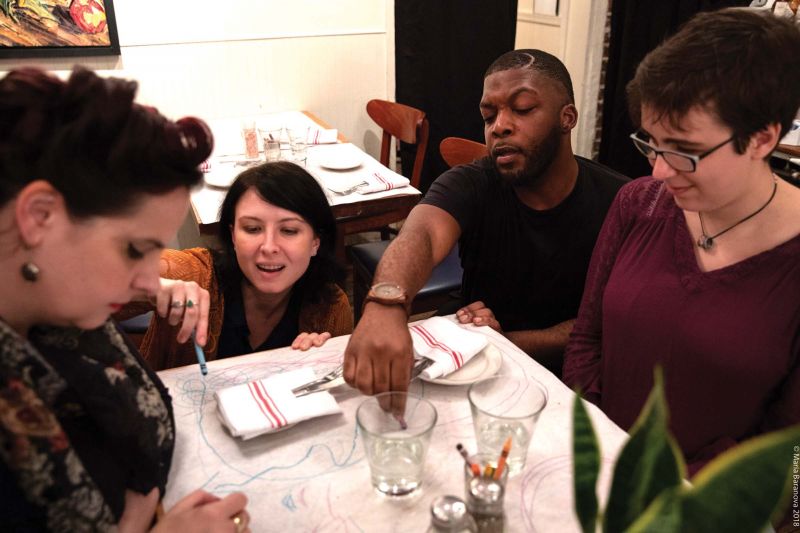 According to Erine, Assistant Arts Professor, Undergraduate Drama in Tisch School of the Arts, New York University, theatre is a place where one experiences the feeling of being in a community and practises empathy. It lets one grow as human being, she feels. “Through theatre, we can imagine different ways of engaging with each other and world around us. So, it is where we can rehearse social change,” says Erine, who is also the artistic director of This Is Not A Theatre Company.

Through her interactive pieces, she aims audience to interpret the situation in own ways by actively taking part in the production. “We create site-based, immersive, multi-sensory, participatory dance-theatre that is not passively consumed by audiences, but co-created. We ask partakers to surround themselves with the event, to engage the sensorium and relish every aspect of what they perceive. We do this because it asks the audience to perceive the world and empathise in new ways and practise creativity — not to sit and watch the results of someone else’s creativity, but to create something themselves.”

Her company’s inaugural production Pool Play was set entirely in a swimming pool. In the critically-acclaimed work A Serious Banquet (Judson Church/New York Theatre Workshop, 2014), they invited audience to feast at a cubist dinner party based on the party Pablo Picasso threw for Henri Rousseau in 1908. In Readymade Cabaret (2015), a Dada-inspired cabaret, the audience rolled the dice to determine the scenes that were performed, as well as the order in which they were performed. A few other innovative works include Ferry Play, a podplay set on the Staten Island Ferry; Cafe Play, which was performed in a historic West Village café; Festival de la Vie that is performed every summer in the Place de l’Horloge as part of the Avignon Le Off festival; and Subway Plays, a trilogy of podplays for the L, 7, and N lines that has been running in New York City. “Our work has been featured in the Avignon Theatre Festival and the International Theatre Festival of Kerala,” says Erin who is in constant search for making theatre more communicative and live.

Theatre In The Dark was performed at Lokadharmi Nadakaveedu in Kochi on August 10. “Last year I gave a workshop at Lokadharmi, and was so impressed by the quality of the actors. Chandradasan (of Lokadharmi) has generously given me the opportunity to perform Theatre In The Dark with his actors here in Vypin, and to give another workshop. I hope to continue this collaboration in the future. I am interested in these kinds of cultural exchanges, and in bi- or tri-lingual theatre.”

Meanwhile, her company is working on Play, an interactive dance-theatre piece, which is homage to the importance of radical play for a healthy society. “What do mass murderers have in common? They are play-deprived. What happens to lab rats when you deprive them of play? They die. The answer to inefficiency is not more work, it’s play. And the opposite of play is not work, it’s depression.”

On Sunday, a voice Workshop by her will be held at Lokadharmi Nadakaveedu from 10 am to 4 pm.

Source: Act in the dark