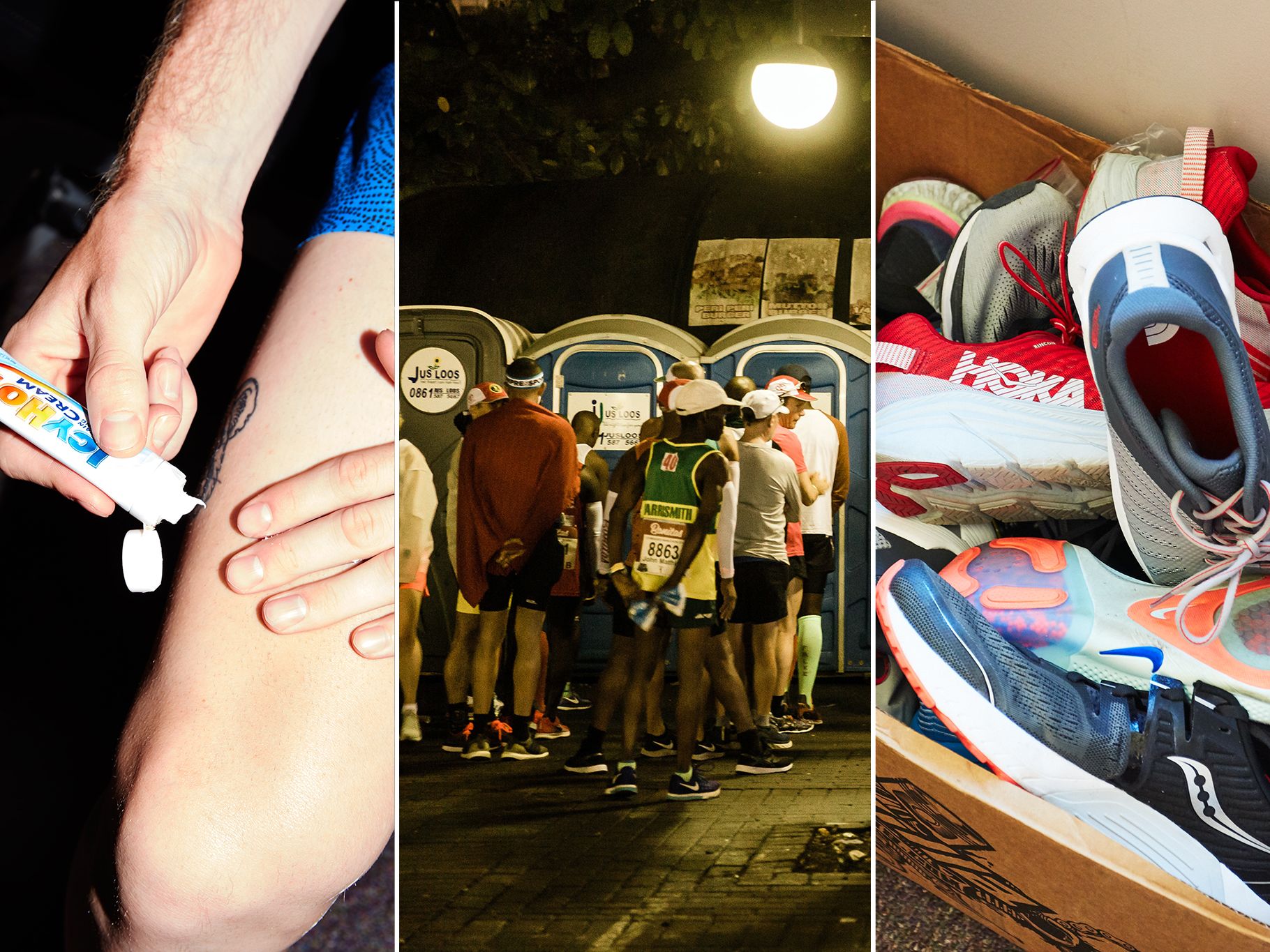 The Smells of Running | Runner’s World

By msensory team01/10/2019No Comments
Every now and then I’ll get a blast of a particular strain of menthol and find myself transported back to Lehigh University’s austere, drably colored indoor track. I’m lacing up my racing flats, hearing the thud of stampeding feet and the whhhisssh, whhhisssh of my high school’s nylon warmup suits. They’re calling for my race, the 800 meter, to collect by the starting line. My heart is pounding, my stomach tightening. Nearby—and without fail—someone is applying IcyHot to his legs. That sharp, industrial-strength wintergreen scent will always be synonymous with an entire era of my running life.

My most evocative scent memories of running are tied to high school, a time when, as a member of a close-knit team deeply invested in winning, the sport could feel like life or death, every race a dogfight. The heightened awareness has vividly preserved my sense impressions of that age. The smells of running are often the smells of the places we’ve run. The brine of ocean and sand, the fresh, green aromas of cool summer nights and wet grass when the sprinklers click on. The gladiatorial fume of a polyurethane track baking on a hot day.

For Katie Arnold, an ultrarunner and author of the new memoir Running Home, her formative time as a young athlete living alone in Boulder, Colorado, will forever be tied to the butterscotch-like wafts from Ponderosa pines. “It smells like summer and heat and freedom and just being alive in the mountains, moving,” she says. Now, living in Santa Fe, New Mexico, and running on trails, the dominant smell Arnold experiences is of sagebrush. “It’s a powerful, very sweet smell that reminds me of all the times I’ve spent on Western rivers, and that you have to go with the current,” she says. Sometimes, Arnold will even stop to clip a sprig of sage and put it in her running vest.

If you blindfolded me and led me on­to Philadelphia’s Belmont Plateau trail, where I raced nearly every week during cross-country season, I think I’d still be able to tell you where I was. I still remember how the dirt smells damper and earthier when you enter the shadowy section in the forest. Come back out to the foot of Flagpole Hill, and I know the ground will give off a dry, stony, sun-blasted aura. Thinking of those races now, I remember the after-smells, too—the sweet scent of lemon-lime Gatorade, yeasty soft pretzels, underripe bananas, the hint of cotton ball inside an ibuprofen bottle.
If Marathon Majors Were Scented Candles 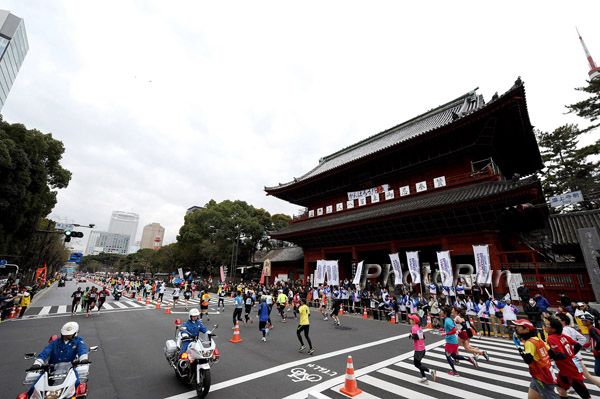 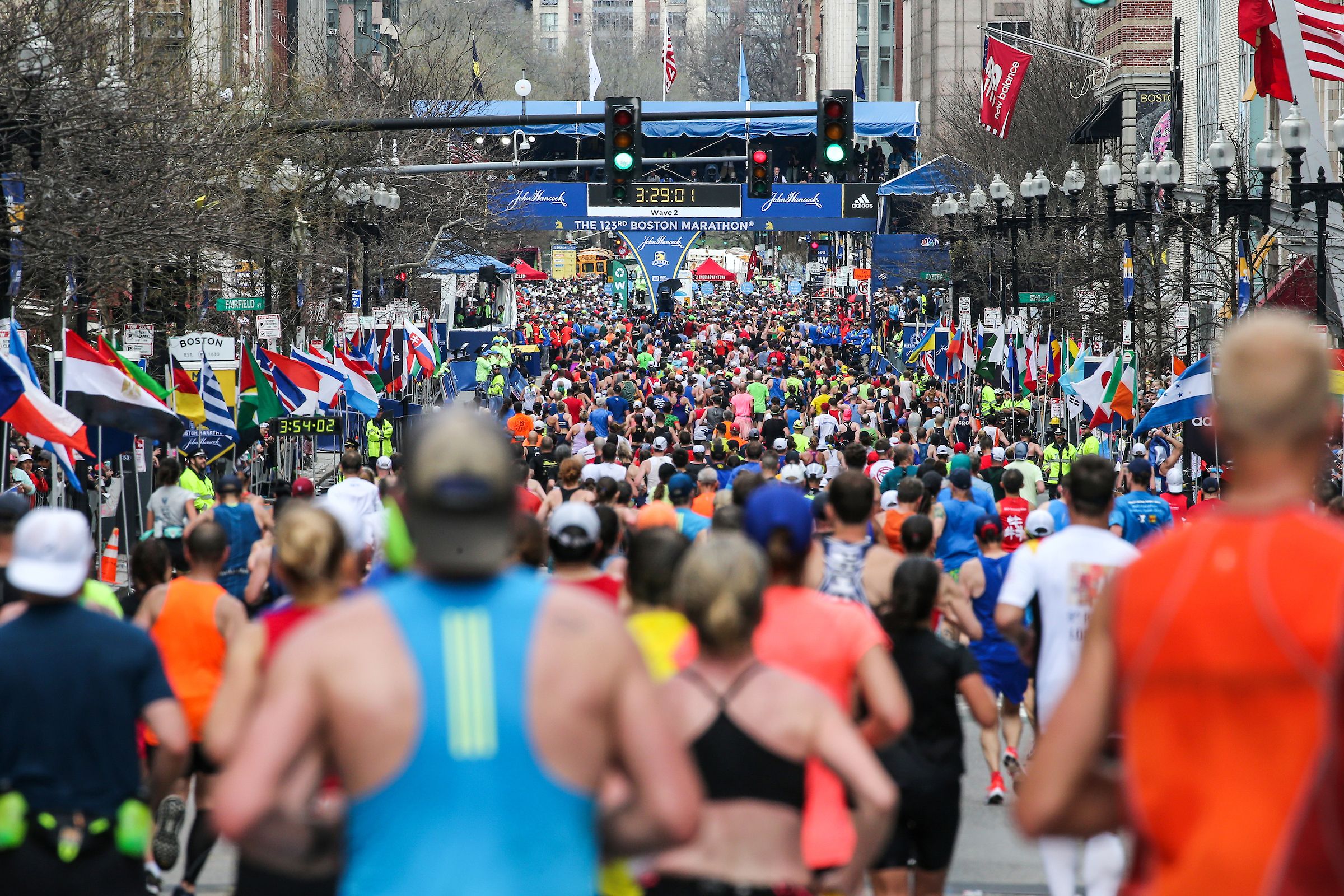 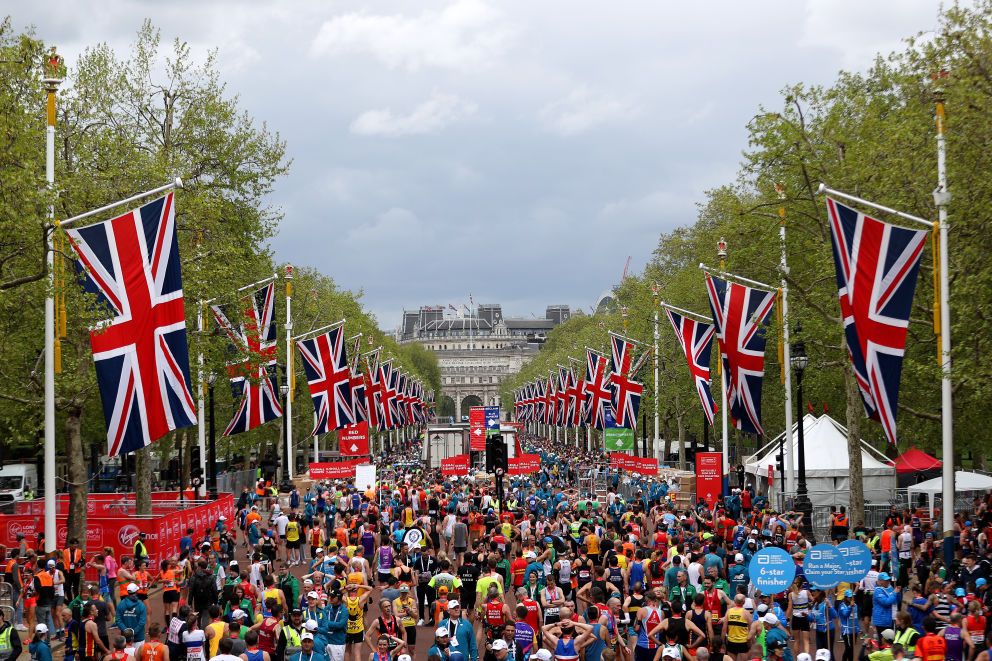 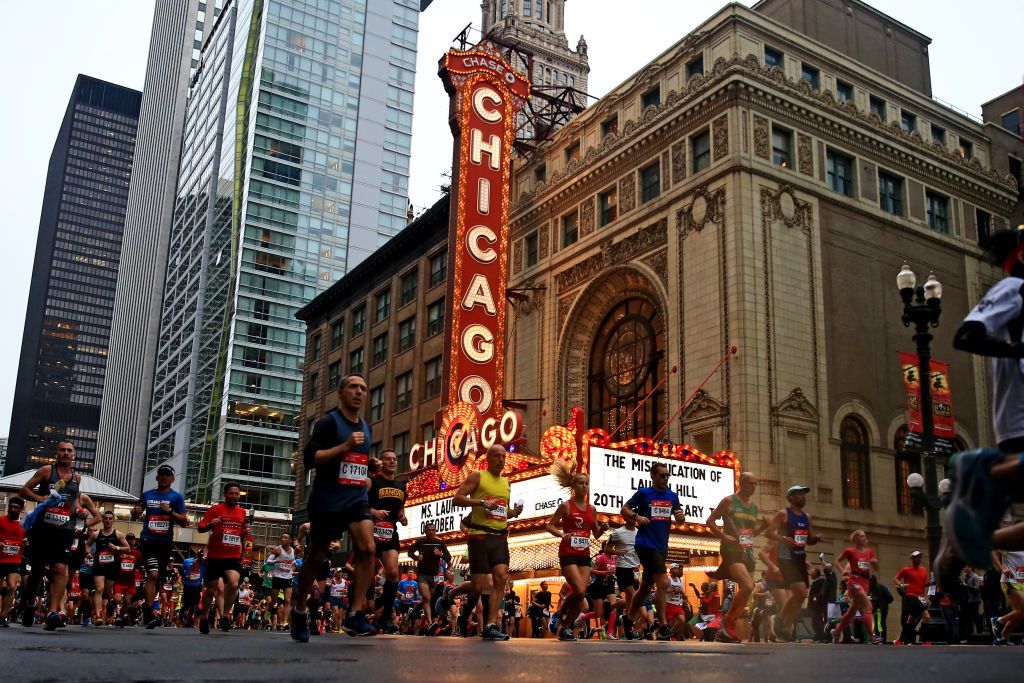 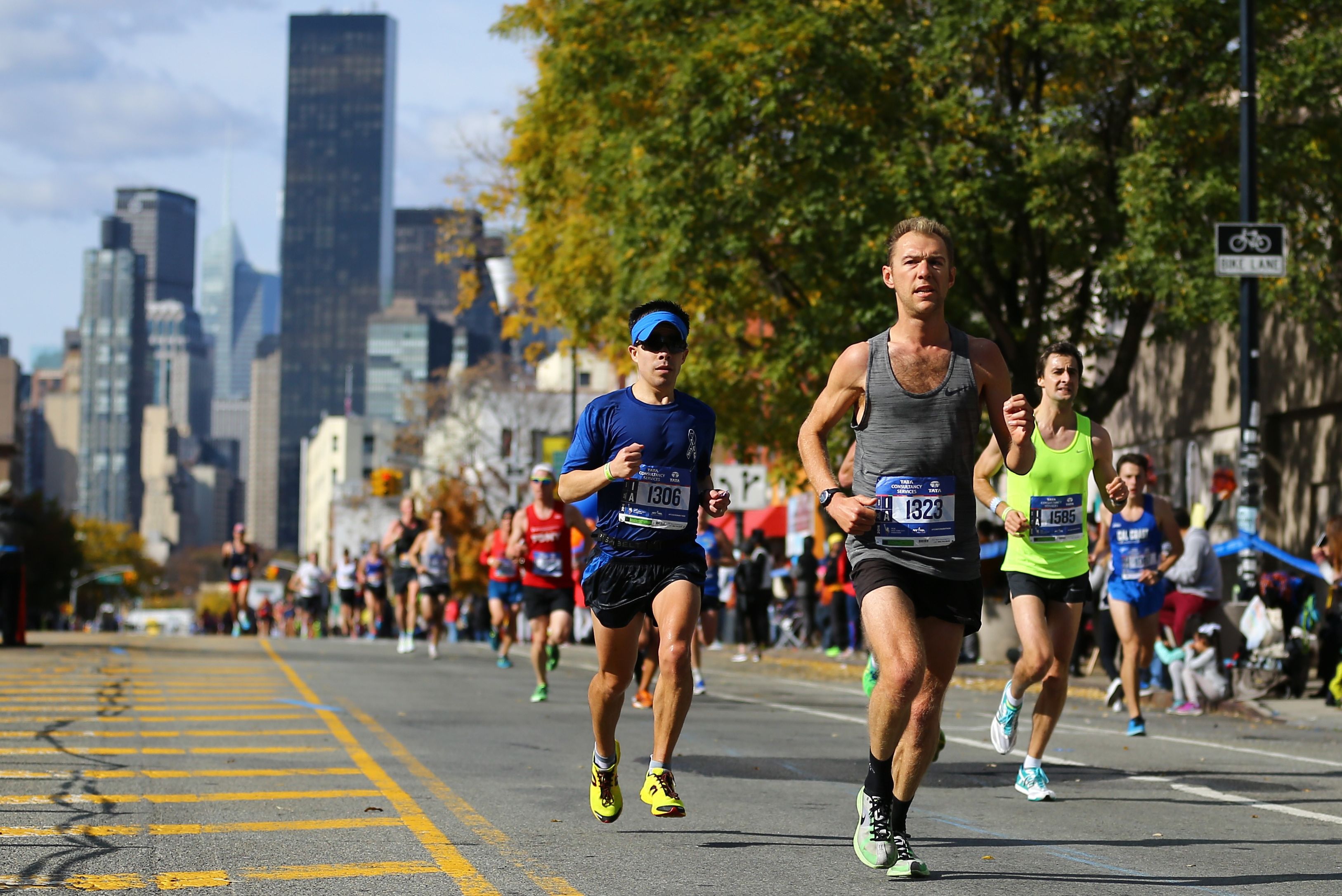 Beyond scents imprinted by repetition—my IcyHot, Katie’s sage—some running smells stick because we link them to something we encountered for the first time: the coppery, metallic burn inside your nostrils when finishing your first truly brutal interval workout, a fragrant platter of huevos rancheros after setting a 10K PR.

Other smells are inextricably tied to ritual. Flashing back to my last marathon training, I get a whiff of the cucumber-​ mint energy gel I brought with me on long runs. It is the scent of relief: medicine, dosed out in tiny salves, for interminable treks.

This is something subtle that running does for us, beyond the toned legs and feel-good brain chemicals; running re- immerses us in the physical world, and in a way that our jobs, at least the white-collar ones, do not. Workplaces are scrubbed of appreciable sights and smells, leaving only the most anodyne impressions: hand soap, linoleum counters, beige walls, fluorescent screens. These aren’t the environments we were built to live in. Our senses were honed over centuries to navigate the world and survive by sensory data. When we run, we reawaken to the brightness and clarity of that drive.

These scents, acrid and sweet, create an amalgamated “smell of running” that, while unique for every athlete, is surprisingly universal from the gear, events, and trails we share. We recognize the smell of running like a second nature: on a bus to Hopkinton or the trails in Leadville, there it is. But I wonder if we could describe it to an outsider: Take a deep whiff of a just-unboxed pair of shoes. Run on a sweltering day and catch the scent your shorts release when you peel them off for a shower. Pick up a fresh bagel, inhale deeply. Find a local road race and arrive early. Walk by the trash can full of empty coffee cups—the porta-potties too. Stick your face above a plastic swag bag and sniff. Hold the little metal safety pins up to your nose. Go to the starting line a minute before the gun goes off and test the air, the hot-blooded, heart-pounding smell of anticipation.