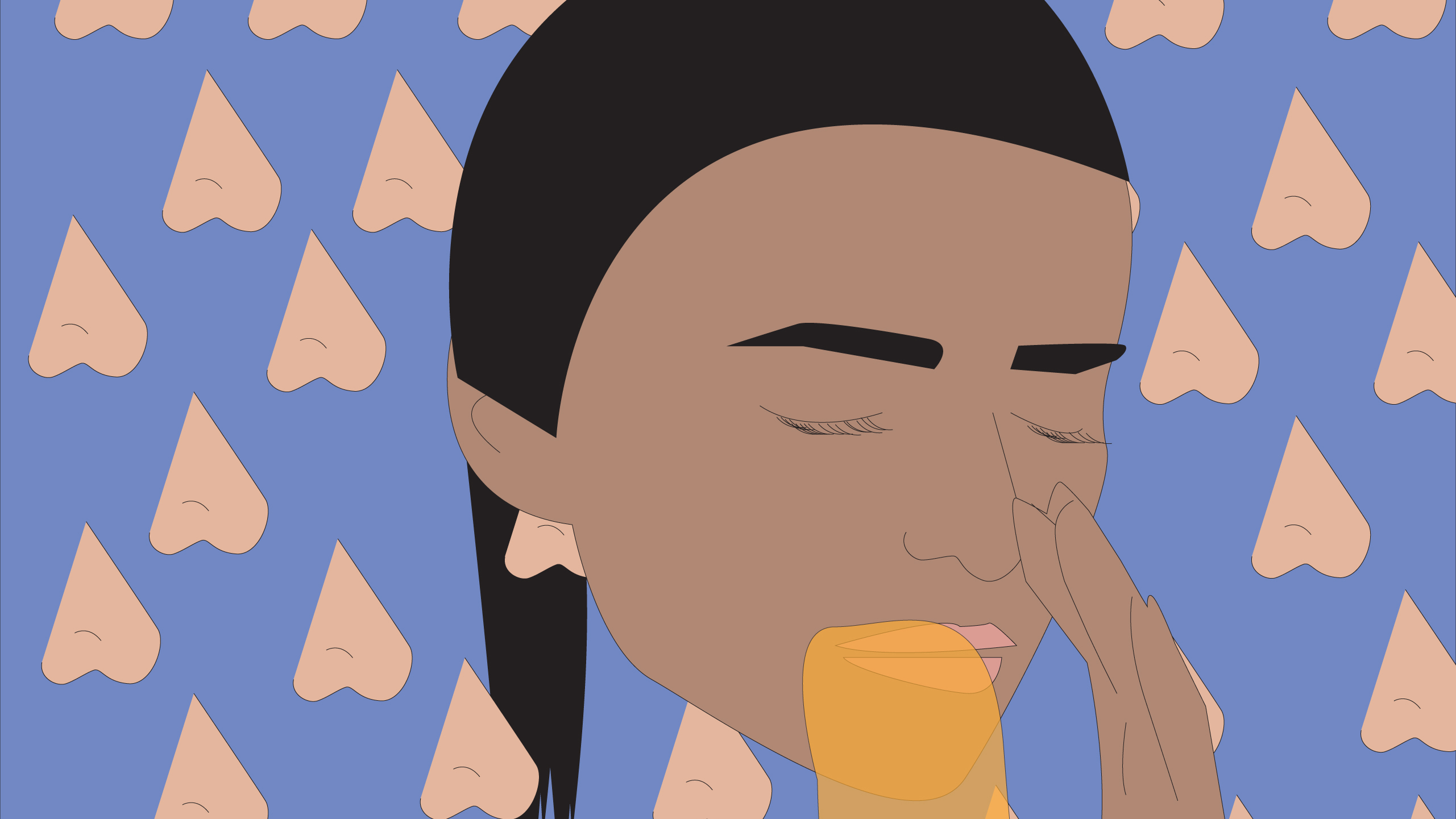 The smells of nostalgia | The Eye Opener

It’s a particular smell—that goopy, pink, kindergarten kind of hand soap, the kind that dispenses from a pump near the bathroom sink—that moves me to a time of elementary school, backpacks and plastic packaged gummies at lunch.

I am tall enough to reach the hand soap now, yet every time I smell it, I feel like I’m standing on my tiptoes at the precipice of a fuzzy memory, a warm emotion.

Disclaimer: This is not magic soap. This soap was not a great, memorable source of happiness for me as a six-year-old in my elementary school bathroom. There’s a reason that my brain recalls the smell of bubblegum pink liquid soap with “oh man, don’t you wish you could go back” fondness—it’s science.

The significance of a smell is deeply rooted in layers of recollections, gathered and backlogged in the brain every day, according to a journal published in Social Psychology Quarterly by the American Sociological Organization.

The memories evoked by familiar smells are entangled in emotion, as smells have the ability to anchor a memory in a sea of feelings. It’s the feeling behind a memory associated with a particular smell that drives home that highly marketed, rom-com concept, the one, the only—nostalgia.

Why does this happen? How can one random smell turn the average fully functioning person into a puddle of nostalgia and warm feelings tinted with the rosy glow of oh wow, time has gone by?

“Instead of going to the cerebral cortex, where we process language and judgment, smells go to the limbic system. This is where we store long-term memories and emotions,” said Holladay Saltz, a perfumer, at a TEDx event. “Memories that are triggered by smell are really powerful because they’re long-term emotional memories.”

Nostalgia is even more powerful when it’s conjured by smell, according to a study published in the scientific research journal Neuropsychologia.  It’s that warm-and-fuzzy nostalgic feeling that transforms the smell of freshly baked bread in the grocery store into a yearning for grandma’s blueberry muffins and hugs. It’s a whiff of the generic smell of your ex so-and-so’s deodorant that makes you think of them oh so fondly (as good as the smell might make you feel, no, you shouldn’t call them).

It’s crucial to keep in mind that as wonderful as the memories brought on by a certain smell may seem, they may not be the perfect sunshine-times that you remember. The emotions of the past are sanitized (soapy verb intended) through the lens of nostalgia, Alan R. Hirsch of the Smell & Taste Treatment and Research Foundation says in his study: Nostalgia: a Neuropsychiatric Understanding.

So the next time that the smell of pink chemical soap sends me reeling for the era of the clip in barrettes and crayon filled colouring books, I’ll remember to stop smelling the roses and realize that it was a pain to not be able to reach the soap dispenser, anyways.

Source: The smells of nostalgia

“Why would a tusk break the rules of normal development by expressing millions of sensory pathways that connect its nervous system to the frigid arctic environment? Such a finding is startling and indeed surprised all of us who discovered it.”