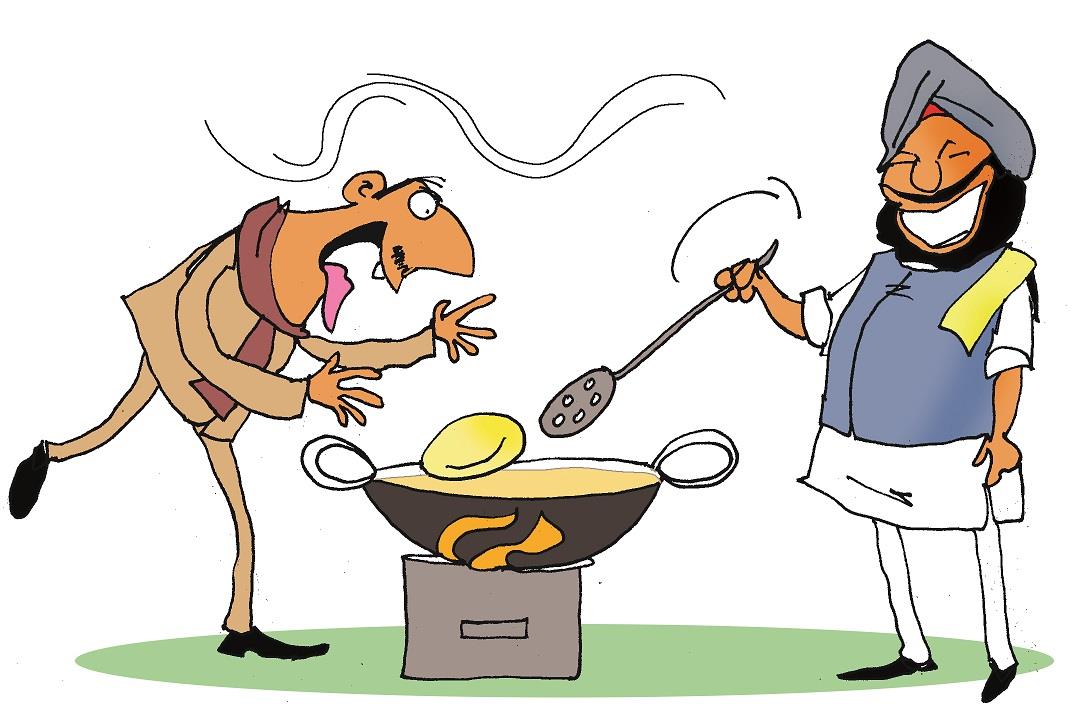 The smell of our cities… | Tribune India

There’s an integral olfactory connect between cities and food flavours that add to their identity. Mumbai’s fish markets (overwhelmingly) smell of fish, Varanasi of incense sticks and fried foods. Punjab smells of halwa and Kolkata of mustard oil…

When I heard about the ‘Spice Sensorium Smell walk’ in Khari Baoli in Old Delhi, I was intrigued enough to read up on it. The walk is part of the community project ‘Smells of the city: scents, stench and stink’ supported by Kiran Nadar Museum of Art.

On a later visit to Delhi, I visited Khari Baoli, which is the biggest spice market in Asia. It was redolent with the smell of spices that stem from the hundreds of shops dealing in refined, local and exotic spices. The smell of the spices, sometimes subtle, sometimes profuse defines this ancient marketplace.

There’s an integral olfactory connect between cities and smells — especially food smells — that add to their unique identity. Pondicherry, for instance, is all about walking its ‘rues’, reveling in its sounds and savouring the smells. You’ll know you’re in Pondicherry when you breathe in the mingled odours of sambar, filter coffee, incense sticks, coconut oil and jasmine flowers.

Mumbai’s fish markets (overwhelmingly) smell of fish — even rotting fish — but also of the salt of the sea. The bombil or Bombay duck fish is hung out to dry at many places along the Mumbai coastline and salted till it turns into sukka bombil or dry Bombay duck. It’s a stinky affair, but quintessentially Mumbai. The city also has floating aromas of the vada-pavs being fried and the cutting chai being boiled to be poured into small glasses in tea stalls.

Odours, especially food odours, add to the complete sensory experience of a city because they offer the fulfilment of another sensory experience — taste. On the ghats of Varanasi, you will get the mingled fragrance of incense sticks, fried foods like kachori, samosa, chat-papri and a faint, distant smell of burning. At some point you will make the disagreeable discovery that the pervasive burning smell emanates from the bodies being cremated along the banks of Ganga.

The essential flavour of Kolkata — a city of cuisines — would probably be the smell of hot mustard oil being infused with masalas. Other than that, the tangy aromas of jhal moori and phuchka at Vivekananda Park and Nizam rolls at New Market are the defining odours of the metro. Kochi abounds with the delectable odours of Chettinad food, with its piquant coconut and kadi patta curries.

Ahmedabad’s night food street in Manek Chowk is a remarkable area which is a vegetable market in the wee morning hours, transforms into a bullion and jewellery market by noon and a street food market at night. The senses get submersed in the blissful smells of the butter and masalas of pav-bhaji cooking on tavas and Amdavadi sandwiches.”

Closer home are delightful aromas of fresh rotis at langars in Amritsar, fatty splendour of the ghee-laden halwas, fresh buttery paranthas and tandoori chole-kulche on the streets.

Indian cities are food paradise. Thus when Professor Tom Nichols tweets: “Indian food is terrible and we pretend it isn’t,” he should be advised to go on a ‘food smell’ street walk.

Source: The smell of our cities…